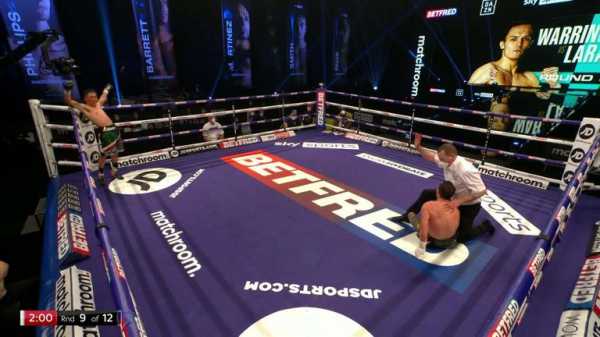 Eddie Hearn has revealed how he issued a few final words of caution to Josh Warrington before he suffered a ‘devastating’ knockout defeat to Mauricio Lara.

The former IBF featherweight champion endured a sensational upset loss as he was stopped by the little-known Mexican in the ninth round at The SSE Arena in Wembley.

Warrington bravely recovered after being floored in the fourth round, but Lara completed a stunning stoppage to derail Hearn’s plans to deliver another world title fight this year.

“We didn’t think he would beat the No 1 ranked featherweight in the world, and he did, so we have to give him tremendous credit,” Hearn told Sky Sports. 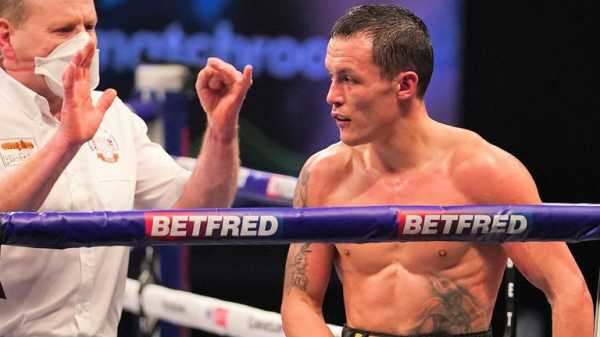 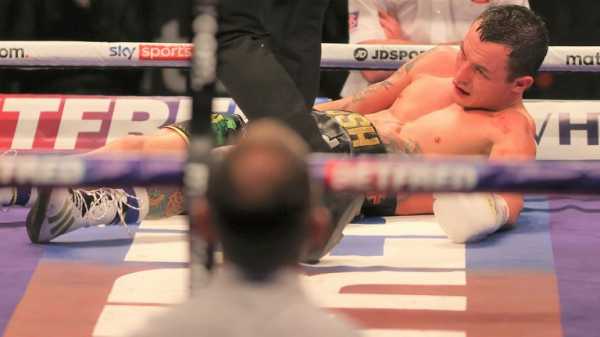 “I don’t think I’ve seen bravery in the ring, like what I saw from Josh Warrington for a long, long time. He never recovered from the shot.

“I spoke to him in the dressing room before the fight, and said, ‘The chance that this young man has in the fight is to trade up with you, we know he can punch, just be smart,’ and he didn’t do that.

“He came out, he was erratic. Sixteen months out of the ring, the ring rust showed. He got caught with a shot and he never recovered. How he got through that fourth round, I will never know, but for the remainder of the fight, he was on empty and the bravery was incredible.” 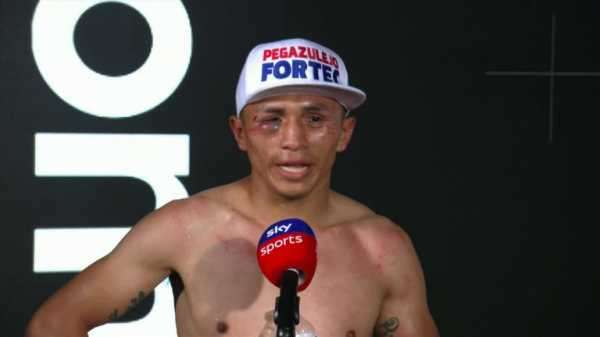 6:27 Mauricio Lara dedicated his upset win over Warrington to the Mexican people

Warrington had targeted Can Xu, Gary Russell Jr and Emanuel Navarrete, who all hold world featherweight titles, and the Leeds fighter even vacated his IBF belt in a bid to speed up negotiations.

But Hearn believes a rematch with Lara is now the most likely option after the 30-year-old has recovered from a punishing setback.

“For Josh Warrington, it’s an absolute crushing blow,” said Hearn. “For all the great nights, we wanted to be standing here, talking about the return to Leeds after the pandemic.

“The Gary Russell fight and now it’s back to the drawing board. It’s looking at the future. This isn’t the kind of environment he’s used to, but no excuses, he got beat by a hungry Mexican fighter that changed his life tonight.

“He’s going to want to take this man on again. After a fight like that, he’s going to need a long, long rest, and the most important thing now is to go back stage, make sure he’s okay.

“If he needs medical attention let’s get it to him, because that was a brutal fight. We do have the opportunity to rematch this young man, if Josh Warrington wants to.

“It’s not even in the mind at the moment. What’s on the mind is get Josh Warrington back to his family, let him recover, and let him come to terms with what is a devastating career defeat.”

Lara had fulfilled his promise of a dramatic fight, telling Sky Sports: “Our confidence was because we believed.

“I didn’t want to tire myself out because I know he’s No 1 in the world.

“There’s a tinge of sadness because I haven’t got the belt but maybe that will come.”