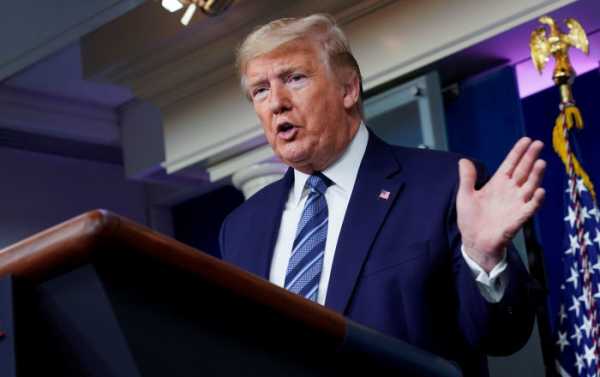 New Delhi (Sputnik): Nearly 30 countries, including the USA, had approached India seeking supplies of an anti-malaria drug – Hydroxychloroquine, touted as a treatment for COVID-19. This compelled New Delhi to lift the ban on exporting the medicine and its raw material. India is one of the world’s main manufacturers of the drug.

Indian Prime Minister has vowed to do “everything possible to help humanity’s fight against COVID-19”. India had agreed to lift the ban on export of anti-malaria drug hydroxychloroquine, after US President warned of “retaliation”, for restricting the drug’s supply, which he claimed is a “game-changer”.

Fully agree with you President @realDonaldTrump. Times like these bring friends closer. The India-US partnership is stronger than ever.

​Modi’s tweet comes after the US President made a U-turn from warning India of retaliation to thanking it for supplying first shipment of hydroxychloroquine (HCQ) on Wednesday (8 April).

In addition to the US, many other countries have showered praises on New Delhi, which was flooded with requests to supply the drug when it claimed it has sufficient stock for domestic needs.

On Thursday, Brazilian President Jair Bolsonaro in his address to the nation thanked Prime Minister Modi for “timely assistance” in the supply of drug ingredients for the anti-malaria drug, which is due to arrive by Saturday (11 April).

“As a result of my direct conversation with the Prime Minister of India, we will receive, until Saturday, raw material to continue producing hydroxychloroquine, so that we can treat COVID-19 patients, as well as malaria, lupus and arthritis,” he said in his national address.

​This comes after the Brazilian President penned a letter to Modi expressing gratitude, citing an analogy from Indian mythology, a day after New Delhi lifted the ban on the drug.

In another development, Indian Foreign Affairs Minister Jaishankar held a telephone conversation with Spanish Foreign Affairs Minister Arancha González and responded to the urgent pharmaceutical requirements of the European country. Spain remains one of the worst-hit countries, with an alarming rate of fatalities from Coronavirus at over 14,000 deaths.

​Similarly, on Wednesday, the government of Malaysia also requested India to supply hydroxychloroquine. This comes after the World Health Organisation had stated that the COVID-19 cases in the southeast Asian country would peak in Mid-April. The country has over 4,000 confirmed cases of the viral infection.

Though the medical fraternity has cited side effects of HCQ and the debate on its treatment capacity continues, US President Donald Trump had claimed that the drug was “pretty amazing” and saves lives.

India is one of the largest manufacturers of HCQ in the world. It imposed a ban on its export on 4 April but lifted it on 7 April.

In a statement, India’s foreign ministry had stated: “After having confirmed the availability of medicines for all possible contingencies currently envisaged, these restrictions have been largely lifted.

India is also reeling under the COVID-19 crisis, with  active cases of the infection crossing 5,000. The country saw 166 related deaths on Thursday, according to the federal health and family welfare ministry.