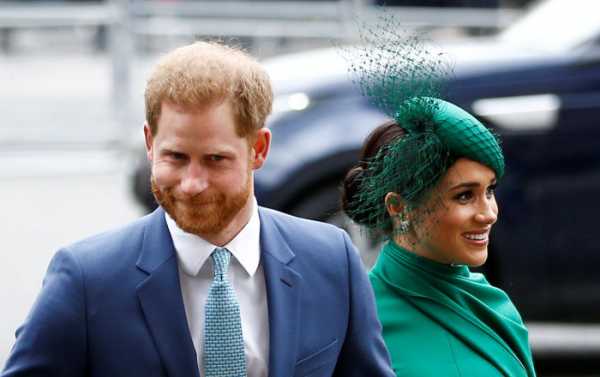 Prince Harry, Meghan Markle and their son reportedly moved from the home where they were staying on Vancouver Island to Meghan’s hometown of Los Angeles in late March, just before the closure of the US-Canada border.

Prince Harry might be feeling “like a duck out of water” after his rumoured move to California and missing Britain as the royal family is trying to raise the nation’s morale during the COVID-19 pandemic, royal expert Duncan Larcombe has told the gossip magazine Closer.

Larcombe added that Harry will probably be “missing home more than ever and feeling a bit helpless” as Britain is weathering the pandemic.

As The Sun first reported, and multiple outlets later confirmed, Harry moved to Los Angeles in late March together with his wife Meghan Markle and their son Archie. The couple, who had been living in a rented mansion on Vancouver Island in Canada, have not confirmed nor denied the move yet.

On 31 March – the date that marks the fiscal year-end – Harry and Meghan stepped back from their royal duties and relinquished their “royal highness” titles. They had initially planned to be half-in, half-out of the royal family, but were forced by Buckingham Palace to drop their royal branding in the end. Canada has refused to pay for their security and so has the US, so the question remains whether they will cover the estimated $5 million bill out of their own or British taxpayers’ money.

The Sun has quoted sources close to the couple as saying that the move to Los Angeles had to do with difficulties obtaining a working visa in Canada and the fact that Meghan, a US citizen, had to pay income tax in both counties had they continued to live in Canada.