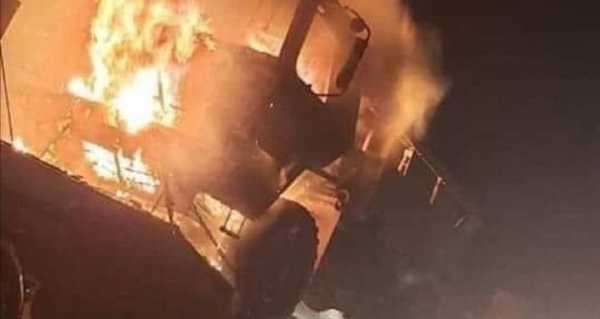 The Biden administration has asked the Pentagon to review ex-President Donald Trump’s last-minute paring down of troop numbers in Iraq and Afghanistan to 2,500 personnel per nation. Late last month, Syrian media reported that US forces illegally deployed in the war-torn nation had started building another base in the country’s east.

A logistical convoy carrying supplies for the US-led coalition in Iraq has been hit in an improvised explosive device (IED) attack by about 80 km south of Baghdad, Lebanon’s al-Mayadeen television channel reports, citing sources “close to the Iraqi resistance forces.”

US forces in Iraq have offered no word as to whether any attack took place.

The Biden administration has been pressured to reverse course on Trump’s move to dramatically reduce US troop numbers in multiple theatres, recently scrapping plans to withdraw NATO forces completely from Afghanistan by May 2021, and announcing a “force posture review” of the “US military footprint, resources, strategy, and missions” worldwide.

Last week, the Wall Street Journal reported, citing defence officials, that the Biden administration might halt plans for future troop reductions in conflict zones amid concerns that the remaining numbers may be insufficient to engage in “counter-terrorism” operations or train local forces. Officially, the Pentagon says the administration has not yet made up its mind on its posture in either Iraq or Afghanistan.

US forces in Iraq have been dogged by Iraqi militias for over a year now in the aftermath of the January 2020 assassination of Qasem Soleimani, an Iranian anti-terror commander who cooperated closely with pro-Baghdad Shia militias in the war against the Daesh (ISIS)* “caliphate” between 2014 and 2017. The killing prompted Iraq’s parliament to demand the immediate withdrawal of all US forces, and saw US troops and bases targeted in rocket and IED attacks. According to local media, some 20 convoys have been struck in the past two months alone, with attacks reported in Basra, outside Baghdad, and other areas.