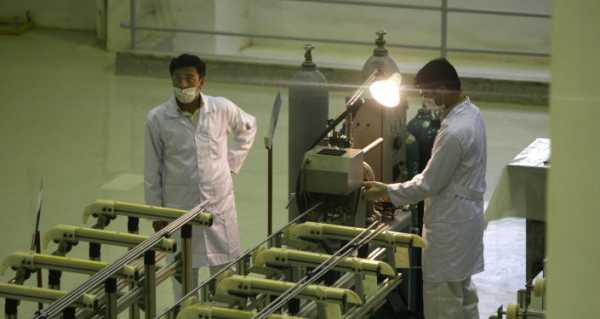 While the United States has recently indicated the chances are that it will return to the JCPOA, Tehran believes a revival of the accord will be meaningless unless Washington lifts all its economic restrictions.

The new US administration is weighing offering Iran sanctions relief, as the US seeks to revitalise the landmark 2015 Joint Comprehensive Plan of Action (JCPOA), yet it appears negotiations are expected to come first, The Sunday Times reported.

President Joe Biden declared on Thursday that America is willing to sit down for “informal” talks with the Iranians, which would be hosted by the EU and also attended by the UK, Russia, and China, as Tehran has demanded relief from the harsh Trump-imposed sanctions, which would come as a price for the resumption of negotiations.

The United States’ possible return to the Iran deal would be meaningless if Washington does not lift all the sanctions it has imposed against Tehran first, Iranian Ambassador to the United Nations Majid Takht Ravanchi said in a recent interview with Khamenei.ir, according to Press TV. Takht Ravanchi asserted that the promises should not just be voiced, but backed with guarantees:

“We cannot simply settle for the signature of a letter. If the signature is not coupled with a process for verifying the actions, it would be pointless”, the diplomat said.

According to a national security source cited by The Sunday Times, there are signs that sanctions will be backtracked on, although the administration insists that talks should be held first.

On Friday, White House spokeswoman Jen Psaki didn’t rule out the possibility either, emphasising though that “there is no plan to take additional steps” before a “diplomatic conversation” with Iran.

Donald Trump pulled the US out of the JCPOA in May 2018, introducing harsh sanctions against Tehran under his so-called “maximum pressure” policy. In response, Tehran started to slow down the fulfilment of its commitments under the deal, in which Biden’s secretary of state, Antony Blinken, and special envoy for Iran, Rob Malley, were key figures back in 2015.

Some advocates of the JCPOA argue that it is up to Biden to demonstrate goodwill in US-Iran relations.

“As the party who reneged on its obligations and brought the agreement to its sorry state, the onus is on the US to take steps that would demonstrate to Iran that it is a reliable negotiating partner”, said Ali Vaez, director of the Iran project at the International Crisis Group, which was led by Rob Malley until he was tapped to be special envoy.

European states – the “E3” of Britain, Germany, and France – have remained in the nuclear deal, with Iranian officials repeatedly accusing them of failing to fulfill their own commitments in this regard.

“Instead of sophistry & putting [the] onus on Iran, E3/EU must abide by [their] own commitments & demand an end to Trump’s legacy of #EconomicTerrorism against Iran Our remedial measures are a response to US/E3 violations. Remove the cause if you fear the effect”, Iranian Foreign Minister Javad Zarif tweeted earlier this month.