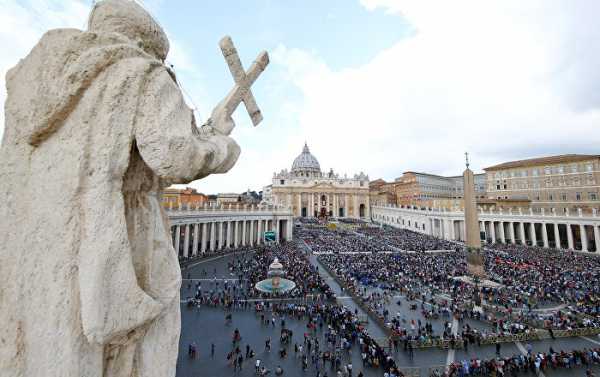 A thaw between China and the Vatican is playing into hands of both Beijing and the Holy See, analysts told Sputnik, adding that the final obstacle in the way of Sino-Vatican rapprochement – the issue of the appointment of bishops in China – is likely to be solved in the coming months.

The normalization of relations between China and the Vatican would serve Beijing’s geopolitical interests and would increase its influence among EU member states, Boris Malyshev, a researcher at the Center for the Study of Religion (CSR) of the Russian State University of Humanities (RSUH), told Sputnik China.

The Sino-Vatican rapprochement may similarly benefit the Holy See as it “will lead to the consolidation of the rapidly growing Catholic communities in China,” the researcher pointed out. “In recent years, there has been a dynamic development of Catholic communities in China. The number of Catholics is growing, with Chinese Catholics adhering to more conservative, traditional positions.”

China, Vatican Seeking to Restore Relations Cut Off in 1951

He noted that as China’s influence in the world, including Europe, Africa, and Latin America is growing, the Vatican is seeking to restore diplomatic ties with mainland China, severed in 1951.

Having defeated Nationalist forces of Chiang Kai-shek, the Chinese Communist Party deported Vatican ambassador Antonio Riberi from Beijing in 1951. The People’s Republic of China established the Chinese Patriotic Catholic Association (CPCA) to oversee Chinese Catholics. The CPCA did not recognize the authority of Vatican. On the other hand, a parallel “underground Church” emerged in China which pledged its allegiance to the Holy See.

After the disruption of diplomatic relationship with mainland China, the Holy See has maintained ties with Taiwan — also known as the Republic of China — for more than six decades.

The recent thaw between Vatican and Beijing has been marked by a framework accord on the appointment of bishops which is due to be signed in the coming months.

Western Conservatives Up in Arms Over China-Vatican Thaw

However, Holy See’s actions have prompted a storm of criticism from Western conservatives. The American right-leaning National Review dubbed Vatican’s efforts to normalize ties with Beijing as the “negotiation with the Devil.”

Speaking to Chinese media outlet Global Times, Massimo Faggioli, Professor of Historical Theology at the Villanova University, suggested that the tensions were primarily fanned by those in the US “who do not like Pope Francis theologically or politically.”

“Criticism coming from the US against Francis’ moves toward China is an instrument of the theological opposition to the rest of Francis’ pontificate and they are not concerned about China really,” Faggioli said.

According to Malyshev, the West is concerned about China’s growing influence in the world.  It appears that, various religious associations, the media and individual priests, primarily in the US have received the order to prevent the normalization of relations between China and the Vatican.

At the same time, the representatives of China’s “underground Church” voiced concerns over Vatican’s deal with Beijing, insisting that the underground communities may find themselves “in a bird cage.”

To calm down the situation, Secretary of State of His Holiness Cardinal Pietro Parolin stressed that in the eyes of Vatican “there does not exist two churches in China, but two communities of the faithful calling for a gradual path towards reconciliation and unity”. 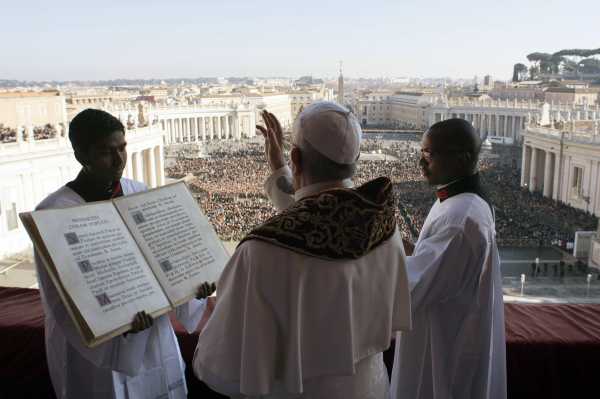 Pope Francis delivers the Urbi et Orbi (Latin for ‘ to the city and to the world’) Christmas’ day blessing from the main balcony of St. Peter’s Basilica at the Vatican, Monday, Dec. 25, 2017

Meanwhile, international observers and media outlets are citing the Global Times’ statement that “Beijing and [the] Vatican will establish diplomatic relations sooner or later.”

Taiwan has raised the alarm over the Vatican’s potential restoration of ties with China which could lead to the severance of official relations between Taipei and the Holy See in the light of One China policy, says Yang Mian, a political analyst at the Center for International Relations at the Chinese Institute of Communications.

“In Europe, [the] Vatican is the only state with which maintains so-called ‘diplomatic relations’ with Taiwan,” Yang told Sputnik. “After the establishment of diplomatic ties between China and the Vatican, the status of Taiwan as a ‘diplomatic partner’ in Europe will be completely nullified, and in general the number of countries that maintain diplomatic relations with Taiwan will be less than 20. Taiwan’s isolation will intensify.”

The Chinese political analyst pointed out that Pope Francis openly demonstrates friendly feeling toward China. The main obstacle in the way of China-Vatican rapprochement was the problem of appointing bishops. According to Yang, once the issue is solved China’s image among Catholics and Christians in general will be significantly improved.

“In the past, Western countries often used the contradictions between China and [the] Vatican to fuel tensions among Chinese Catholics and to support the ‘illegal’ Catholic community in [the country],” the analyst recalled. “The final resolution of the issue of the bishops appointment by China and [the] Vatican, will strike back at the West, which has been engaged in provocations and attacks against China.”