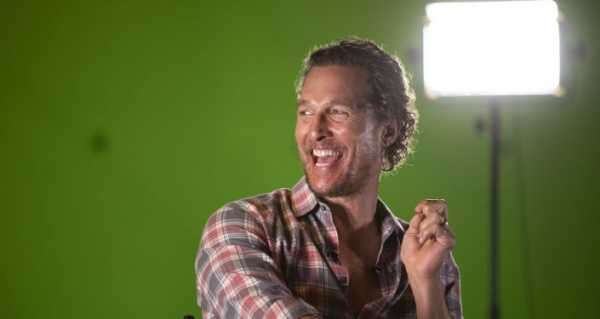 The actor, who travelled through a black hole and came back alive in “Interstellar”, has been playing with the idea of running for state governor in 2022 for months now. McConaughey previously said that such an “honorable consideration” would mean getting himself “into a leadership role in the next chapter of my life”.

More registered voters in Texas have said they would vote for Matthew McConaughey over incumbent Governor Greg Abbott if the actor ran for the state’s highest office, a new poll conducted by The Dallas Morning News and the University of Texas at Tyler showed.

Although it is unclear which political party McConaughey himself supports, as he has criticised both major parties, the actor received more potential votes from Democratic-leaning voters in the poll than Abbott, with 66% saying they would vote for the “Dallas Buyers Club” star.

According to this new poll, however, the star of the critically acclaimed HBO series “True Detective” received more support from voters who identified as independents than Abbott, with 44% of that category of voters supporting the actor compared to 28% who said they would vote for the governor.

The poll’s findings also suggested that the actor would have a stronger primary chance if he ran as a Democrat rather than as a Republican. A large majority of Democratic primary voters, 70%, said they would vote for McConaughey, while just 29% of Republican primary voters said the same.

Nevertheless, according to UT-Tyler political scientist Mark Owens, who guided the poll, some Trump supporters warm to celebrities, and that feeling, combined with the wishes of one-fifth of the primary electorate for a more moderate candidate, could open a lane in the GOP primary for McConaughey.

A total of 1,126 registered voters were questioned in the latest poll, which was conducted from 6-13 April. It has a plus or minus 2.9 percentage point margin of error.

A native Texan, McConaughey has repeatedly stated he is serious about considering a gubernatorial run.

The star of Guy Ritchie’s viewer-acclaimed movie, “The Gentlemen”, is the founder of the Just Keep Livin’ charity foundation and was actively involved in raising funds to help fellow Texans who suffered during the abnormally low temperatures in February of this year.