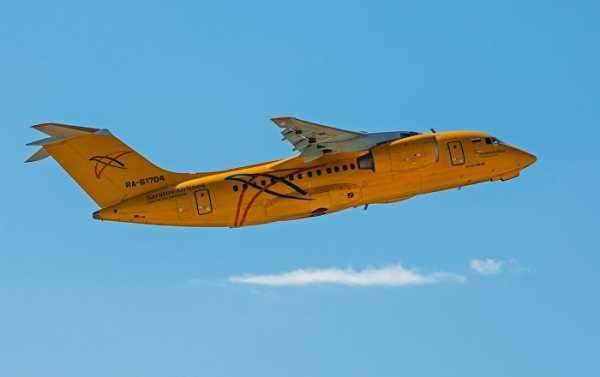 MOSCOW (Sputnik) – A passenger plane An-148, carrying out a domestic flight, crashed in the Moscow Region on Sunday, killing 65 passengers and six crew members.

According to the Russian Federal Air Transport Agency (Rosaviatsia), the communication with the plane en route to the city of Orsk in southwestern Russia lapsed a few minutes after its take-off from Moscow’s Domodedovo airport. The plane crashed in Moscow region, about 21 miles from the airport, with debris spread over a wide area.

The Russian Investigative Committee launched a criminal investigation into the accident. All possible versions are being considered, while emergency services’ experts, investigators and criminologists are working at the crash site. Russian President Vladimir Putin ordered the government to create a special commission to investigate the plane crash.

According to Head of the Moscow Region Department of the Russian Emergencies Ministry Sergei Poletykin, one flight recorder from the An-148 plane has been found at the crash site.

A spokesperson of the operational headquarters told Sputnik that the discovered black box was in a “satisfactory” condition and was recording flight data, while the search for the second black box, a cockpit voice recorder, continued.

At the moment, 532 people and over 100 unites of specialized equipment are working at the crash site, but their number will be increased under the order of Russian Emergencies Minister Vladimir Puchkov.

The search for the plane debris and people on board has been complicated by the difficult weather conditions as Moscow saw some of the strongest snowfalls in years earlier this month.

According to the Investigative Committee, the examination of the crash site is likely to take several days due to the size of the territory that has to be combed through, but there will be no pauses in the search operation.

Puchkov has demanded that his subordinates ensure access to the site. According to the minister, the road to the spot where the plane crashed is hardly accessible even by specialized vehicles and snowmobiles.

1 / 2
©
REUTERS/ StringerA view shows a scene where a short-haul regional Antonov AN-148 crashed after taking off from Moscow’s Domodedovo airport, outside Moscow, Russia February 11, 2018

Russian investigators are currently figuring out conditions under which the crashed plane was being prepared for the flight, while interrogating employees of Mosow’s Domodedovo airport and dispatching service.

The investigators have so far determined the exact location at which the plane landed.

All potential reasons of the catastrophe, including weather conditions, technical issues, human error and other versions, will be studied, Svetlana Petrenko, the representative of the committee, said.

According to the flight operator, the Saratov Airlines, the plane had carried out several other short haul flights on Sunday and has passed technical check-ups without any problems.

Meanwhile, Russia’s Federal Service for Supervision in the Sphere of Transport, Rostransnadzor, has launched unscheduled inspections. The crashed plane’s flight operator and Domodedovo airport will be the first to undergo these checks.

CONDOLENCES FROM ACROSS GLOBE

A number of countries have already offered their condolences, including Armenia, Austria, Egypt, Georgia, Greece, Israel, Ukraine and the United States, as well as numerous politicians and organizations.

The administration and inhabitants of several Russian regions have expressed their deepest regrets over the crash, with impromptu memorials set up in Sevastopol and Saratov.

The Russian president and Prime Minister Dmitry Medvedev have conveyed their condolences to the families of the victims. Putin’s trip to Sochi, where he was supposed to hold a meeting with Palestinian President Mahmoud Abbas, was postponed due to the tragedy in Moscow region.

According to the passengers’ list published by the Russian Emergencies Ministry, two foreign nationals were on board of the plane, Ulrich Klaeui, a Swiss citizen, and Namig Gakhramanov, an Azerbaijani national.

The Saratov Airlines have promised to help relatives of the victims get to Moscow and to provide accommodation for them in the capital.