Striker Mario Balotelli was booked for protesting to the referee about alleged racist chants during Nice’s defeat at Dijon last night.

The former Manchester City, Liverpool and Italy striker was shown a yellow card by referee Nicolas Rainville in the second half after complaining about the home fans following a missed opportunity.

Balotelli was seen gesturing to the crowd while talking to Rainville in the 72nd minute, but was cautioned for his actions.

Nice tweeted a picture of Rainville booking Balotelli with the caption: “In the meantime, Mario Balotelli has inherited a yellow card, after… getting annoyed with racist insults from the public.”

Nice were 2-1 ahead at the time before conceding two late goals, including a controversial penalty, to lose 3-2, dropping them to eighth in the Ligue 1 table.

Nice president Jean-Pierre Rivere hit out at the standard of refereeing, telling the club’s official website: “I am scandalised.

“It’s been four consecutive games that we have the feeling of playing at 11 against 12. The differences of refereeing from one match to the other are incomprehensible.” 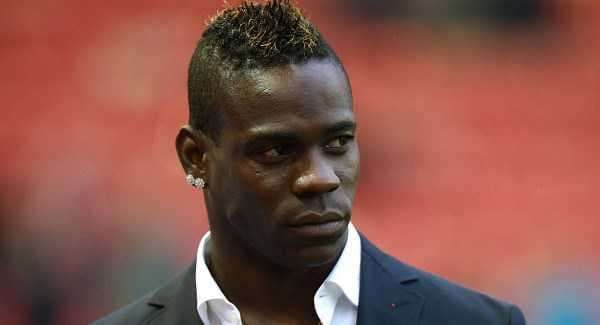