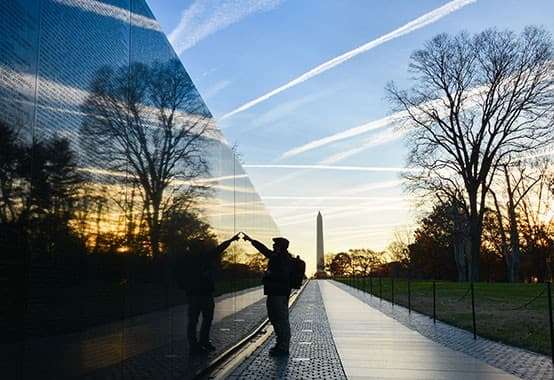 A friend recently called my attention to a symposium on “The Meaning of Vietnam” that appeared in the June 12, 1975 issue of the New York Review of Books. Just weeks before, Saigon had fallen and the Republic of Vietnam had passed out of existence. The editors of the NYRB considered the moment opportune for some of the paper’s regular contributors—leading lights of the East Coast intelligentsia—to assess the war’s significance and implications.

In retrospect, we may judge the effort both presumptuous and wildly premature. True, President Gerald Ford had already declared the war “finished as far as America is concerned” and was urging his countrymen to move on. It was past time, Ford insisted, for Americans to “stop refighting the battles and the recriminations of the past.”

Yet for the people of Southeast Asia, the North Vietnamese victory did not signify peace restored. More violence and suffering were to come. And for many Americans who had served in Vietnam, along with South Vietnamese who had become Americans, “in-country” experiences were not easily shed or forgotten. The war’s adverse effects thereby continued to accumulate. Even today, especially among veterans wrestling with demons and afflicted with service-induced medical ailments, the war’s toll continues to mount. Count Agent Orange among its gifts that keep on giving.

That said, the several essays comprising the NYRB symposium are worth considering today. On an interim basis, they serve as a stand-in for a similar symposium on “The Meaning of Afghanistan and Iraq” that is unlikely to see the light of day anytime soon. After all, even a nominal end to these longest wars in U.S. history is nowhere in sight.

So herewith some selected extracts from “The Meaning of Vietnam,” not without relevance to our present circumstance. Some express enduring truths. Some warn. Others miss the mark, but in interesting ways. I offer them in the hope that they might provide a basis for thoughtful—perhaps even sorrowful and contrite—reflection.

Because we concentrate on ourselves, the result of Vietnam will probably be that of the Bay of Pigs—a search for some new place to prove our toughness.

“Isolationist” is simply this year’s code word for those who oppose the use of military force against other nations, for those who refuse to bear any burden, make any sacrifice, etc. …After 1976, I predict (being an optimist) that the word will have gone forth to friend and foe alike that the era of American bullshit is finished….

“We” in the “[antiwar] Movement” affected public opinion, but weren’t able to affect the use of power or damage the spectacular electoral consensus for continuing a surrogate war without American deaths.

To blame our leaders, with their professional deformations, for not rising to the occasion offered them by the war’s end, in other words for not being different from what they evidently are, is a stupid exercise….

There is no doubt that Germany was profoundly changed and sobered by the Nazi defeat, but it would take an atomic catastrophe, I often think, for the US to recover from the American way of life—the production-consumption cycle that has become an almost biological fact, resting as it does on rapid obsolescence and replacement. Intermittent elections add to the helpless feeling of stasis and eternal recurrence. You watch the same old candidates—Reagan, Jackson, Kennedy, Humphrey, Wallace—on your new color TV set…. But for some un-Marxist reason, the constant restyling of the objects among which we live has no effect on the political superstructure, politicians being sent to the junk heap of history at a much slower rate than cars and ice-dispensers.

Our real question is not geopolitical at all. It is whether America can improve, whether we can come to grips with industrial pollution, and the psychic pollution of high-rise and suburban real-estate overdevelopment, with automobiles and freeways, with the voids of synthetics, with the buildings of the last twenty years which have to be the worst architecture in the history of the world, with the packaging of food—it may yet prove the most unhealthy food in the history of the world—with the shriek-zones of electronics and media glut, and all of our lack of participatory democracy, yes, all of our political impotence…. We’re bombed on future shock.

On the one hand American policy makers exaggerated their own capacity to control events by means of their overwhelming military supremacy, while on the other hand they worried excessively about the American “image” abroad, as if they themselves were not quite sure they were as tough and big as they pretended to be.

The lessons of Vietnam are few and plain: not to be hypnotized by the word “communism” and not to mess into other people’s civil wars where there is no substantial American strategic interest at stake.

There is no visible remorse about Vietnam on the part of our leaders. They speak of the “tragedy” of losing; they give the appearance of having in the end lost by way of a perplexing and questionable degree of leniency. But they are far from seeing virtue in the limitations of force brought about by processes, political and American. Those limitations alarm and so the leaders are quick to assert that we will stand by our commitments, as if it were the constancy that mattered rather than the justice, the wisdom of the commitment itself.

Many “lessons” are being drawn from Vietnam, most of them profoundly culture-bound. Ignorant of Buddhism, rice culture, peasant life, and Vietnamese history and values generally, we sent our men and machines to Saigon. Now we are out, and still ignorant, even of the depth of our ignorance.