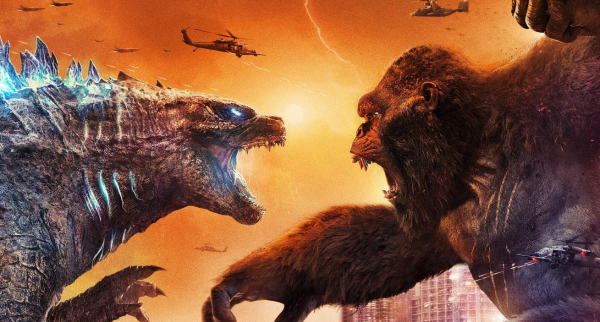 A few months ago, WarnerMedia upended Hollywood by streaming all of its new movies on HBO Max on the same day they debuted in theaters.

Now it wants to put the genie back in the bottle. Starting next year, CEO Jason Kilar says, Warner’s biggest movies will debut in theaters first and eventually make their way to the company’s streaming service.

That means that this year, if you want to watch The Suicide Squad, a new DC comics movie, you’ll be able to stream it at home on the day it debuts. But in 2022, when Warner plans on releasing The Batman, you’ll have to head to theaters.

Kilar’s announcement won’t shock Hollywood: Cineworld, the company that owns the Regal theater chain in the US, has already announced that it has a deal to show Warner movies on its screens for 45 days before they move to streaming. And it’s reasonable to assume Warner planned to do the same with other big theater chains like AMC.

But until this week, WarnerMedia had yet to confirm it was moving back to some version of its pre-pandemic business plan. It’s another indicator that while big media companies are eager to build up their new streaming services, they still want to keep the traditional movie business running for a while longer. While companies like WarnerMedia, Disney, Comcast, and ViacomCBS have all experimented with streaming first-run movies while theaters were closed during the pandemic, they have all said they want their biggest movies back in theaters.

That still hasn’t happened. Last month, Disney announced that it was pushing back theatrical debut plans for Black Widow, its next Marvel movie, from May until July — and that when the movie did arrive in theaters, it would also be available for a $30 rental via its Disney+ streaming service.

Kilar said he’s pleased with the results of his company’s streaming and theater experiment so far — pointing to the relative box office success of Godzilla vs. Kong, which generated $50 million in ticket sales last weekend even though it was streaming at the same time. He has told investors that he thinks the strategy has generated more interest in HBO Max and kept existing subscribers from leaving the service. But he admits that his company stumbled when it announced its plans late last year, riling the movie-making and movie-distributing businesses.

“There’s no doubt that it was bumpy back in early December of last year,” he said, adding that if he was able to replay his decision, he would have tried to give a heads up to some members of the Hollywood community. “If I had the chance to do it over again, I think it’s very fair to say that we would have taken a couple more days to see if we could have had even more conversations than we were able to have.”

Kilar, who became a well-known media figure when he launched Hulu — big media’s first attempt at streaming — started working at WarnerMedia last spring, just as the company was launching HBO Max, its high-profile attempt to catch up to Netflix. We had a wide-ranging conversation about his first year on the job and his plans for the next few years, including his thoughts on sports rights, ads in HBO Max, and the possibility of a CNN-branded streaming service. You can hear all of that below, or by listening to Recode Media on the podcast service of your choice.

Vox turns 7 this month. Although the world has changed a lot since our founding, we’ve held tight to our mission: to make the most important issues clear and comprehensible, and empower you to shape the world in which you live. We’re committed to keeping our unique journalism free for all who need it. Help us celebrate Vox’s 7th birthday and support our unique mission by making a $7 financial contribution today.

Afterpay and Klarna changed retail. Health care and rent are next.

The outsize importance of SNL, explained by the Elon Musk hosting controversy

Trump’s new communication tool is more like a blog