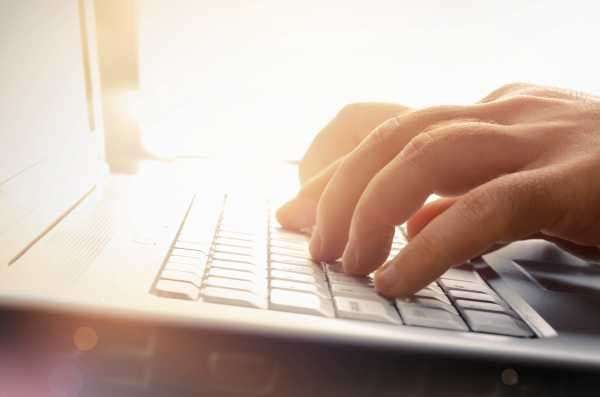 If you heard that the FCC received a staggering 21.7 million comments during its open comment period on its forthcoming net neutrality ruling, you might assume this phenomenon represented democracy in action. But in reality, those 21.7 million comments represent a new challenge to democracy — specifically to the way we register what actually counts as an opinion.

Last week, the FCC made clear that it would be dismissing most of the 21.7 million comments submitted to its website as part of the open comment period on its planned repeal of net neutrality laws. The reason? Too many of them were duplicates — millions of which likely came from spambots rather than people.

Now, new analysis from the Pew Research Center digs into the nature of these duplicate comments, and makes clear many of them are hurting the democratic nature of the process more than they’re helping.

For example, according to Pew, which reviewed all 21.7 million comments submitted on net neutrality to the FCC’s website, the most popular single comment was a pro-net neutrality statement, which was submitted nearly 3 million times via a form on battleforthenet.com. But FCC Chair Ajit Pai told reporters at a press call on November 21 that it would only be considering “unique” comments that “introduced new facts into the record or made serious legal arguments,” according to the Verge. That means that nearly all 2.8 million comments submitted through the website are effectively null and void because they all used the same text — even if they were theoretically submitted by 2.8 million different people who all fervently support net neutrality.

That’s bad news for the democratic process, because it means that while the internet has made it easier than ever to speak up, it’s also made it a lot harder to get your voice heard.

The FCC is legally required to consider public comment in its ruling on net neutrality. But complicating the firestorm of controversy surrounding Pai’s near-certain forthcoming repeal is the issue of spambots and duplicate comments.

Spambots likely accounted for at least 1.3 million of the pro-repeal comments submitted, and potentially many more; the Pew analysis does not account for spambots specifically, but others across the web, along with the New York attorney general’s office, are trying to determine how many of the comments the FCC received were generated by bots.

Meanwhile, the Pew analysis reveals that many other duplicate comments submitted were generated through advocate platforms like battleforthenet.com’s, which enabled concerned members of the public to send in the online equivalent of a form letter, making general arguments either for or against net neutrality

Only 3 percent of comments had emails that were verified, according to the FCC’s verification process — and in addition to the plethora of suspiciously common or obviously fake names used, 7,500 comments were submitted from users identifying themselves only as “The Internet.”

The Pew survey notes that the evolving ease of access to the FCC’s open comment exercise is also the main challenge of collating the comments that exercise invites. In 2014, the last time the commission held open comments on net neutrality, the public response generated about 3.7 million comments, far fewer than the amount received during this latest open comment period. In the intervening years, the advent of spambots, as well as the proliferation of platform websites allowing people to submit a prewritten comment to the site easily, have made it much easier to generate massive public comments.

But it’s also made it easier for the FCC to justify dismissing all of those comments — even the millions that might have been made by real people, acting in a sincere wish to partake in the democratic process. It’s fair to assume that had people known in advance that their comments would be thrown out because they were preformatted, advocates for net neutrality might have tried harder to craft a sufficiently unique response that would fall under the FCC’s consideration — though given that the FCC also was rejecting “opinions” that came without “introducing new facts,” it’s also likely that very little they could have said would have met the FCC’s standards for consideration.

Still, the way we’re used to these kinds of campaigns working is that advocacy platforms craft messages for us in order to save us time and effort, and we trust that the government will view these messages as representing the voices of individual Americans. Such advocacy platforms in the case of net neutrality included Last Week Tonight host John Oliver as well as the Electronic Frontier Foundation, along with numerous other pro-net neutrality websites that offered real humans ways to pass their opinions along with a click.

In this case, however, spambots have effectively dismantled that click-and-submit system, and have helped to justify the FCC’s decision to dismiss all of the advocacy-based duplicate emails that might have come from real people with opinions. Essentially, the FCC’s decision to reject duplicate comments means that a system of website autogeneration that was intended to make democratic participation easier has ultimately made it moot.

Before, John Q. Public could have gone to an advocacy website and submitted a form letter to get his point across. Now, he’ll have to formulate a thoroughly sourced letter containing credible “new” facts to get his point acknowledged by the FCC. And if this pattern of bot-spam continues to mire other federal open comment periods, advocacy groups and government agencies may have to formulate new, more complicated ways of accepting public comment.

The bots have also made the FCC look more justified in its zeal to repeal net neutrality. The same circumstances of social media spread and greater ease of submitting information that caused net neutrality to become an issue of great public concern has also contributed to the rise of a bot army that has helped create the appearance of divided public opinion on the issue. But in fact, polls have shown that members of the public overwhelmingly support net neutrality — in fact, it’s one of the few bipartisan issues on which members of both parties agree. But although nearly 99 percent of the “unique” comments that the FCC says it is looking for are pro-net neutrality and against the FCC’s repeal efforts, the small amount of them overall makes it easy for them to get lost amid the spam.

It’s arguable that the presence or absence of such spammy comments in the FCC’s open comment collection wouldn’t have made a difference, given FCC Chair Pai’s determination to repeal net neutrality regulations despite public opinion. Still, the presence of autogenerated comments and the difficulty of spotting truly unique arguments in the vast sea of duplicates ultimately seems to have made Pai’s dismissal of public opinion that much easier — and sounded one more death knell for the internet as a tool of democracy.

Update: Some figures in this piece have been updated in light of corrections to the Pew analysis that were issued by Fight For The Future.