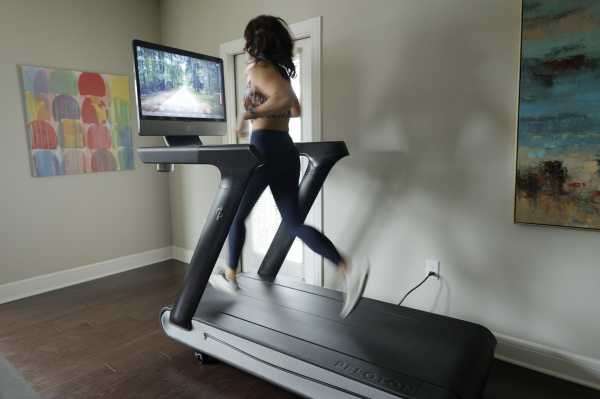 Peloton has come up with an interesting solution to its treadmill safety issues, which have been connected to a child’s death: Force owners of its $4,295 Tread+ to either return the machine for a refund or pay a $39 monthly membership fee to use it at all. Users are outraged, and some have even compared Peloton’s demand to ransomware.

It’s a reminder that when you buy or use a product whose access is controlled by someone else, that access can always be taken away from you. As more and more of the things we buy are connected to the internet, living and dying by manufacturer-pushed software updates and on platforms that can be shuttered at any time, we have less and less control over them. Even if we pay a considerable amount of money for those devices, we may never fully own them.

In this case, Peloton says the change was made for safety reasons, and that forcing customers into the membership was the only way to implement the update. Peloton recalled the Tread+ in May, following the death of a child who was pulled under a treadmill; reports of injuries to several other children, pets, and adults; and a public spat with the Consumer Product Safety Commission (CPSC). The company stopped selling the Tread+ and urged Tread+ owners to “immediately stop” using them and offered full refunds for devices returned before November. But Peloton didn’t completely discourage people from using the machine. In fact, it even offered to send movers out to owners’ homes to relocate their Tread+ units to a space that kids and pets couldn’t access, for free.

Now, some Tread+ owners will face an extra monthly charge they didn’t have before. Peloton recently informed them that soon they will no longer be able to use their machines unless they also purchase an All-Access membership for $39 a month. Peloton is offering three months of All-Access free to compensate for the inconvenience.

Peloton told Recode the move was necessary to add a safety feature called “Tread Lock” to the machines.

“In our ongoing work to ensure that our products are even safer and as part of our voluntary recall in collaboration with CPSC, we released Tread Lock, a four-digit passcode to secure Tread+ against unauthorized access,” Peloton told Recode. “Unfortunately, due to current technical limitations, Tread Lock is not yet available without a Peloton Membership.”

Peloton told Recode that it’s working to make Tread Lock available for free but wouldn’t say how long it would take to implement the change. If it takes less than three months, then Tread+ users without a membership (Peloton wouldn’t tell Recode how many of its users fit into this category) won’t end up paying anything extra. They might even decide they like the service so much that they’ll keep using it, which is good for Peloton. If it takes longer than the free period or doesn’t happen at all, then Tread+ owners will have to decide if they want to keep the device and shell out $39 a month or return it. If you’re a Tread+ owner who doesn’t have kids or pets and might argue that this safety measure (and the expense) isn’t necessary, well, that’s just too bad.

It’s worth noting that Tread+ already comes with a safety key that Peloton recommends users remove and store away from children when the machine isn’t being used. It’s also worth noting, as the CPSC has, that not all of those injuries occurred because a child accidentally turned the machine on when no one was around. Some happened while a parent was using the machine, and all the safety keys and Tread Locks in the world wouldn’t have prevented them.

While Peloton does apparently have the ability to brick its machines entirely, which would force owners to return them, it’s instead going with this compromise that is to Peloton’s benefit. It’s also part of its business model. The machine itself is a one-time purchase while subscriptions are a continuous source of revenue and what differentiates Peloton from traditional machines. It’s not just exercise; it’s Exercise as a Service. So Peloton wants as many of its customers to subscribe as possible. A very cynical take on the situation would say that this is one way to do that.

The change only appears to affect Tread+ machines and not the smaller and cheaper Tread model, which is the subject of a separate recall due to reports of injuries from its touchscreen loosening and even falling off.

While the specifics of this situation are unusual, the idea that you don’t entirely own the things you buy these days is not. Apple has made its devices increasingly harder for anyone but Apple to access and repair — which also gives Apple the ability to set its own prices for that service — and John Deere similarly maintains strict control over the software that runs its machines. You technically don’t own the music, videos, or books you “purchase” from Apple Music or Amazon Prime, and they can be taken away from you. Pebble smartwatches became dumb when Fitbit acquired the company and shut down the platform (although there have been fan-led efforts to keep Pebbles going). And we’ve seen plenty of conservative politicians and pundits complain that social media companies’ shifting terms of service have gotten them booted from platforms for speech or actions that used to be acceptable.

Peloton has been hugely successful, largely due to its “connected fitness” model that gets customers to keep paying every month to receive the full benefit of their machines. It also gives Peloton more continuous control over those machines than a traditional, non-connected treadmill or exercise bike company would ever have. And that control can be exercised however Peloton — or any other hardware manufacturer in the software and services business — wants it to be.