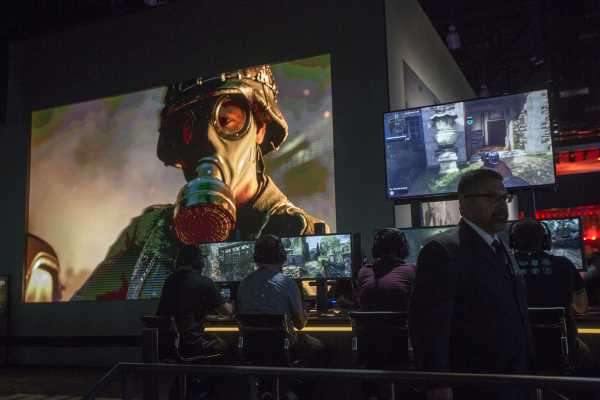 Microsoft is buying Activision Blizzard for $69 billion. For those of you who play video games or pay attention to video games — and there are a lot of of you — we don’t really need to spell out why this is a Really Big Deal.

The rest of you might want some context. Remember when Disney bought much of Rupert Murdoch’s Fox empire, and formally kicked off a wave of consolidation in Hollywood? This is like that.

Maybe bigger: The deals are roughly the same size. Microsoft’s deal values Activision at about $69 billion, and Disney paid a little more than $70 billion for Fox’s movie studio and other assets. But this deal — if it goes through — is both horizontal and vertical integration, pairing Microsoft’s Xbox console business, which already owns huge game franchises like Minecraft and Halo, with one of the world’s most valuable gaming companies, which owns giant titles like Call of Duty, World of Warcraft, and Candy Crush.

While streaming TV shows and movies occupy a ton of media attention, video games capture a ton of regular people’s attention: Microsoft says there are 3 billion gamers around the world today, and says that number will get to 4.5 billion by 2030.

And if you want to get really fanciful: If any version of the metaverse or virtual reality future we’ve been hearing about for the past couple years comes to pass, it will almost certainly be grounded in games. Maybe Future You won’t want to strap on face goggles throughout your day. But putting on a device to shoot at virtual strangers is less of a stretch.

This is something Microsoft, which not coincidentally has been working on its own face goggles, is leaning into to justify its deal. “When we think about our vision for what a metaverse can be, we believe there won’t be a single, centralized metaverse,” Microsoft CEO Satya Nadella said after announcing the deal on Tuesday.

You can also read that statement as a message to Lina Khan, the head of the Federal Trade Commission, along with the rest of the Biden administration’s antitrust enforcers: I know it seems like we are swallowing up a lot of the games business, but don’t think of this as consolidation in an important industry — think of it as competition against Facebook in a new industry. Competition is good, right?

This deal is certainly going to draw a lot of attention in Washington, which has been focusing on big and small deals made by most of the tech industry — but has largely left Microsoft alone until now. (The irony, of course, is that Microsoft spent a long time fighting federal antitrust charges over its web browser dominance two decades ago; the company averted a forced break-up but lost much of its mojo along the way).

This deal has a $3 billion breakup fee — that is, cash Microsoft will have to pay Activision if the merger gets stopped by regulators — which seems like a lot of money to you and me but is fairly small beans for this kind of transaction. Still, it’s supposed to signal the two companies’ confidence that it will get done. When it comes to making its case to Washington regulators, you can expect Microsoft to argue that 1) its Xbox business is much smaller than Sony’s Playstation business and 2) that the future of gaming is about mobile, which means Microsoft isn’t just competing with Sony but with Apple and Google as well.

Those are good arguments, but we’ll see. Microsoft has also been moving away from its console business — low-margin boxes consumers buy for $300 or more, but tend not to replace very often — and to its Netflix-style subscription model called GamePass, where you pay the company $15 a month and can play its games on any kind of device.

Microsoft already has 25 million subscribers for that service. I wouldn’t expect Microsoft to make most of Activision’s big games exclusive for GamePass — just like with movies and TV shows, games are most valuable if they’re available to as many people as possible — but you can certainly see why Khan and her colleagues will want to poke into this one.

Also worth watching: What happens to Activision’s leadership, which has been embroiled in sexual misconduct scandals for the last year or so. Last fall, the Wall Street Journal reported that CEO Bobby Kotick didn’t tell his own board of directors about an employee who said she was raped by a supervisor, and a subsequent out-of-court settlement. Most recently, Activision says it has “exited” dozens of employees after investigations into harassment and other misconduct.

There’s been widespread speculation in the games industry that the scandals could cost Kotick his job and potentially lead to Activision’s sale. Now, Microsoft says Kotick will continue to run his company after the deal goes through but will report to Phil Spencer, who runs Microsoft’s gaming business.

It’s possible Kotick will stay on indefinitely. But you don’t tend to see people who run really big companies and make really big salaries — Kotick made $154 million in 2020, making him the second-highest-paid CEO in the US that year — stick around for long when they report to the person who reports to the CEO.

Again, all of this only comes into play if Microsoft gets regulators to sign off. A few years ago, that might have seemed pretty straightforward — Washington had pretty much given big tech companies the go-ahead to buy whatever they’d like, and few paid much attention. But a lot of people will care about this one. Both because a lot of people play games — hence the $69 billion price tag — and a smaller number of very influential people are newly skeptical about letting Big Tech get bigger.

The stock market’s panicking, but you don’t have to