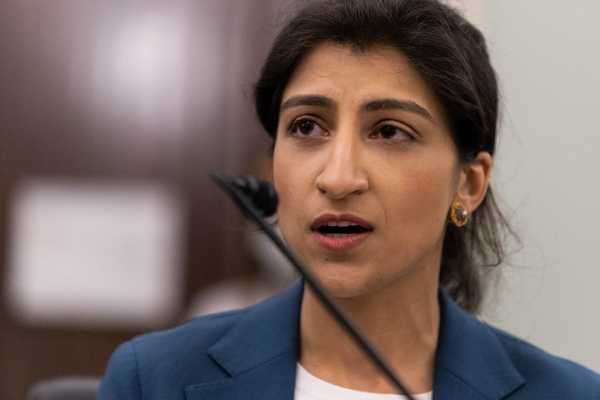 The Senate has voted to appoint Lina Khan, an antitrust law expert and a major critic of Big Tech’s power, to the Federal Trade Commission (FTC). The vote was 68 in favor and 28 opposed, which represents a stunning level of bipartisanship in a highly polarized, Democrat-controlled Senate.

Even more significantly, news came later on Tuesday afternoon that Khan will be the chair of the FTC. During an afternoon hearing focused on smart home speakers and competitiveness, Sen. Amy Klobuchar announced that Khan would be taking on the FTC’s leading role. A source familiar with the White House’s plans confirmed the news, and Sen. Elizabeth Warren celebrated Khan’s appointment in a statement Tuesday afternoon.

Khan’s appointment as FTC chair signals that, under President Biden, the FTC is likely to become more critical and aggressive in regulating the digital markets that have been created by the tech giants. At age 32, Khan is also the youngest person ever to join — and lead — the FTC.

Khan’s confirmation also highlights the growing number of Big Tech critics joining the Biden administration and pushing Washington to change its approach to large technology companies. It’s also more evidence of the growing consensus among Republicans and Democrats that companies like Google and Amazon have become too powerful. Just a few days before Khan’s confirmation, House Democrats announced a slew of antitrust bills designed to curb the dominance of big technology companies, all of which have Republican co-sponsors.

Taken together, all of these developments seem in line with where the country stands: Polls indicate that most Americans think Big Tech companies should be broken up.

“I think it’s clear that in some instances the agencies have been a little slow to catch up to the underlying business realities and the empirical realities of how these markets work,” Khan told senators during her confirmation hearing in April. “At the very least, ensuring that the agencies are doing everything they can to keep pace is going to be important.”

During the confirmation hearing, Khan also emphasized the need for regulators to understand black box algorithms, and gaps in knowledge between lawmakers and large tech companies, which hold massive troves of data.

Khan first became widely known for her 2017 paper, “Amazon’s Antitrust Paradox,” which found that current antitrust laws weren’t capable of addressing the harm caused by dominant platforms and focused specifically on Amazon. Before her nomination, Khan helped put together the House Antitrust Report, released last year, which found that Apple, Facebook, Google, and Amazon had engaged in anti-competitive behavior. The report also determined that Congress would need to pass new antitrust legislation.

Recode reported back in January that Khan was a top contender for an FTC appointment. Ahead of her confirmation, Khan had received a wide range of support from liberals and progressives. Earlier this year, Sen. Elizabeth Warren called Khan the “leading intellectual force in the modern anti­trust movement,” and her nomination was supported by small-business advocates and consumer protection groups. Khan seemed to be somewhat popular with conservatives, too, with Sen. Ted Cruz (R- TX) saying during her confirmation hearing, “I look forward to working with you.” But her appointment as the leader of the agency came as a surprise on Tuesday.

Khan will be one of five voting members of the FTC, a government agency whose broad powers include enforcing consumer protection laws, overseeing mergers, and initiating cases against companies for anti-competitive behavior. As a commissioner, she can serve a term of up to seven years.

Exactly how the FTC might change with Khan on board remains to be seen. But her joining the agency just as Congress takes up antitrust reform seems to signal trouble on the horizon for Big Tech. It’s not yet clear what cases will come before Khan — or how she’ll vote — but all signs indicate that Amazon, Apple, Facebook, and Google should be worried.

Update, June 15, 4 pm ET: This piece was updated to note that Lina Khan has also been appointed the next chair of the FTC.