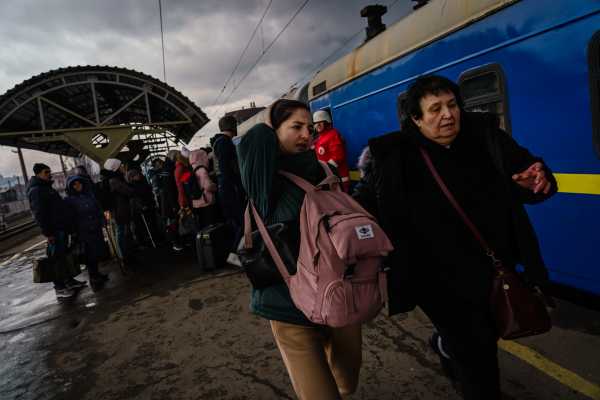 That’s the rubric that Big Tech companies — almost all of which are based in the United States — have used for years, even when it’s been uncomfortable for the companies, their employees, or their customers. Now that’s over: Following the Russian invasion of Ukraine, Big Tech has finally taken a side. It’s a move that has real-world consequences today but may be even more meaningful down the line.

One by one, Google, Meta, TikTok, and every other consumer tech company have sided with Ukraine in some way. The size and impact of their moves has varied: Soon after the invasion, for instance, platforms like YouTube and Facebook stopped distributing Russia’s state-owned propaganda services outside of the US, but continued to try to operate within Russia. TikTok has stopped uploading new posts and livestreams from Russia; earlier this week, Netflix announced that it stopped streaming video in Russia. Spotify announced that it was shutting down its Russian offices but would keep its audio streaming service running in that country.

The tech industry certainly isn’t alone in trying to signal its distaste for the death and destruction Russia is creating. Everyone from Disney to McDonald’s to Levi Strauss has stopped or paused business there. Sometimes the companies say they’re doing so because it’s no longer safe for their employees to work there — like the New York Times and Bloomberg have done in recent days, citing a new Russian law that effectively criminalizes independent journalism. And some moves aren’t up to individual companies, like banking bans meant to cut off Russia from international finance. Now the US is banning Russian oil imports, too.

The difference between those companies and tech, though, is partly ideological: The current breed of tech giants was birthed in an era when the idea of a global internet, unconstrained by borders and local rules, was taken as a given. So any retreat from any country is a meaningful concession of many of their founding principles.

In practical terms, dropping out of Russia or levying other restrictions on services and products there won’t hurt Big Tech that much in the near term. Google’s YouTube won’t notice the ads it can’t run against Russia’s RT, and Netflix’s CFO announced that its Russia pullout won’t be material to its business, since Russians comprise less than 1 percent of the company’s subscriber base.

Instead, this is more of a long-term issue for Big Tech. The premise of most tech companies is that their products are so valuable because they can be made once and distributed anywhere, to an unlimited number of buyers. Which is why, up until now, most of them have taken great pains to accommodate countries that object to their product in some way. Sometimes that means taking down an episode of a TV show or social media post critical of a despot or the country’s leaders — like Netflix did in Saudi Arabia a few years ago, or Twitter and Facebook have done in India. Sometimes it means literally redrawing a map to reflect the way a country would like to be seen — like both Apple and Google did at Russia’s behest after it annexed Crimea. And tech companies have twisted themselves into knots trying to figure out how to accommodate both fact-based public health messaging in the pandemic with dangerous and delusional proclamations from the heads of some governments (see, for instance, Brazil and the United States).

The most prominent exception to this balancing act has been China, where Big Tech companies once expected to make great inroads but have either pulled out of the country — like Google did in 2010 — or found themselves unwelcome from the get-go, like Facebook and Netflix did. Countries that have been able to work in China — most notably Apple — often do so by making degrading concessions, like Apple’s move to ban an app used by Hong Kong protesters.

The question now is whether Big Tech’s departure from Russia is a one-off or a precedent. The tech companies will certainly argue that it’s the former. Note that even as Facebook and other tech platforms have cut off Russian state media, they have argued that they should continue to operate within Russia, to provide citizens there a chance to communicate among themselves and with the rest of the world. Russia, meanwhile, is trying to throttle their efforts.

But now that the tech giants have acknowledged that they do indeed have lines they won’t cross — in this case, a deadly incursion that raises the specter of nuclear war — the companies will be asked to explain why they’re okay with other compromises, in, say, Turkey or other authoritarian states. Those will be uncomfortable discussions, but that’s not a bad thing: Even neutrality is a stance, and it’s worth asking if you’re picking it because it’s moral, or simply convenient for your brand of capitalism.