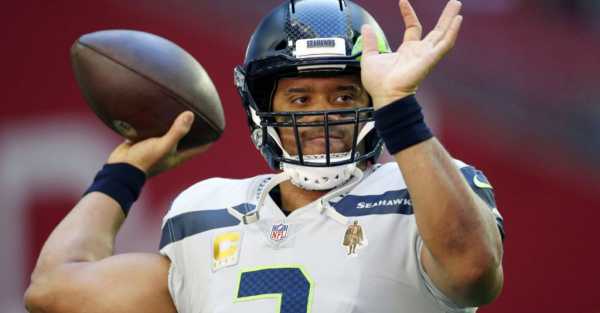 Seattle Seahawks quarterback Russell Wilson has been traded to the Denver Broncos while Aaron Rodgers has confirmed he is staying with the Green Bay Packers.

The pair were the key figures in what was expected to be a busy off-season of quarterback movement in the NFL, with speculation over their respective situations for the second successive year.

While Rodgers will stay put with the only franchise he has ever played for, Wilson will head for new pastures after 10 years in Seattle.

Wilson’s arrival ends the Broncos’ long search for a franchise quarterback since Peyton Manning’s retirement following the 2015 season after the likes of Trevor Siemian, Case Keenum, Lock and Teddy Bridgewater failed to make the position their own.

The deal cannot become official until the start of the new league year on March 16.

Two-time reigning league MVP Rodgers, meanwhile, will play in London next season as part of the NFL International Series as the Packers become the last of the NFL’s 32 teams to play in England.

It was widely reported he had agreed a new contract worth 200million dollars (£152.5m) over four years but Rodgers denied that even as he confirmed his ongoing commitment to the Packers.

He wrote on Twitter: “Hey everyone, just wanted to clear some things up; YES I will be playing with the @packers next year, however, reports about me signing a contract are inaccurate, as are the supposed terms of the contract I ‘signed’. I’m very excited to be back”.