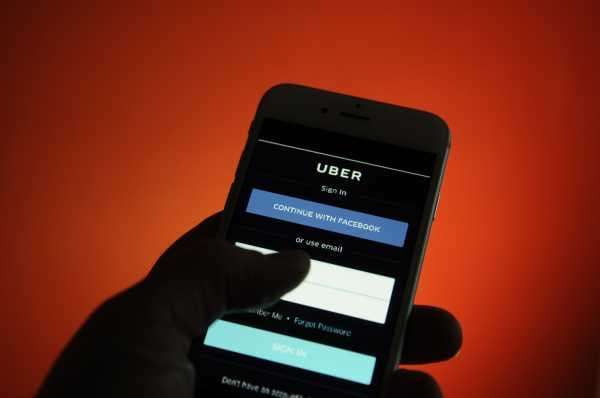 The European Union’s top court has ruled that Uber should be regulated like a taxi company, a move that could have major implications for how the popular ride-hailing app does business in Europe — and raises questions about its future in the US.

The European Court of Justice issued the ruling in a case brought by Barcelona cab drivers, who argued that Uber had an unfair advantage over them because it wasn’t regulated as heavily.

The court rejected Uber’s argument that it is a tech business whose main function is matching passengers with drivers. Instead, it ruled that the company should be classified as a transportation service — and that it needs to be regulated like one.

Uber, which is facing legal challenges across Europe, tried to downplay its significance.

“This ruling will not change things in most EU countries, where we already operate under transportation law,” the company said in a statement. “We will continue the dialogue with cities across Europe.”

Still, the impact of the ruling could ripple beyond Uber — business analysts say that other companies in the gig economy could also find themselves in the crossfire.

Companies like Airbnb or apps that do things like provide delivery services have built their business models around the idea that they are tech companies that are simply making it easier for consumers and freelance workers to independently find each other and exchange money for services.

Their argument is that they are facilitators — and shouldn’t face the cumbersome and costly regulations that conventional businesses face for offering these services themselves.

But the EU ruling suggests those arguments may soon fall on deaf ears. Instead, the court may start to treat more and more of these tech companies like the very businesses they’re beginning to replace.

Uber is successful, but it has a knack for controversy

With a valuation of $70 billion, Uber is currently the most highly valued startup in the world. But its long-term reputation is in peril as it stumbles from controversy to controversy and struggles to shake public perception that it is a company that prefers to buck rules wherever it goes rather than follow them.

In September, London regulators banned Uber from operating in the city, arguing that the company demonstrated a “lack of corporate responsibility” tied to a number of its behaviors, such as failing to report sexual assault by its drivers and using lax background checks.

Uber is currently appealing that case in London courts and has the right to continue operating in the city until the appeals process is exhausted.

But should the company lose in court, it will suffer a massive blow: London is Uber’s largest European market and hosts some 40,000 licensed Uber drivers who serve more than 3 million customers.

“Uber has been betting that its popularity with users will force regulators to excuse its illegality,” Benjamin Edelman, a professor at Harvard Business School, told me in September in regard to the London ban. “But as Uber’s problems worsen, regulators feel emboldened to proceed and rightly sense that it’s particularly urgent for them to do so.”

Denmark pushed Uber out of the country this spring after introducing new taxi laws.

Uber also has a long history of controversy in the US. After it left Austin, Texas, in 2016 because of the city’s requirements for background checks on drivers, it teamed up with Lyft to spend millions lobbying state lawmakers and eventually convinced the Texas legislature to overrule the city. Uber returned to the city this year, but its return was met with anger from local officials.

Currently at least five states are planning to investigate Uber after it revealed this fall that it had paid hackers $100,000 to cover up a cyberattack that stole nearly 60 million people’s personal data from the company in 2016.

The Department of Justice is also currently looking into whether Uber has broken a US law against bribing foreign officials with payments that it made to officials in China, India, Indonesia, and elsewhere.

Waymo, the self-driving car subsidiary of Google’s parent company, is currently suing Uber for allegedly stealing trade secrets from it.

And last week, court documents showed that federal investigators are pursuing a criminal investigation into Uber, but it’s unclear at the moment what matters they are looking into.

It seems that hardly a month goes by without Uber’s name showing up in the news — but usually for something controversial that only hurts its image more.