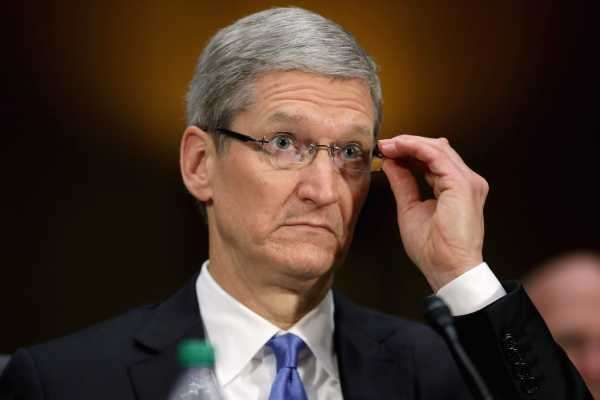 Apple and Facebook have called a temporary truce in one of several fights between the two tech giants. But they’re still not pleased with each other.

The short version: Apple has backed off — for now — on its demand for a 30 percent cut of all revenue generated by online events that Facebook is letting small businesses sell via its iPhone app. The temporary change also affects other companies including ClassPass and Airbnb, which have been selling online workout classes and “experiences” during the pandemic.

The takeaway: If you’re a yoga instructor who wants to sell an online class for $10 via Facebook, you’ll keep all $10 every time someone pays for a class using an iPhone, instead of losing $3 of that to Apple’s App Store.

And here are some buts: Apple says it will reinstate its 30 percent fee at the end of the year. And Facebook is complaining that Apple won’t remove its 30 percent tax for gamers who want to sell online access to their events.

Zoom out and the bigger picture is that Facebook is one of several tech companies that is complaining — or doing more than complaining — about Apple’s policies around the use of its giant iOS platform. It’s a long-simmering fight that has gotten much more public in the past few months as US lawmakers and regulators have mulled whether Apple should be reined in by antitrust restrictions. But it’s unclear whether Apple is going to give much ground.

Facebook’s fight with Apple over online events, for instance, is just one of three tiffs between the two companies that have cropped up in the past two months: Facebook has complained about the way Apple is treating a Facebook gaming app and is unhappy about new Apple privacy policies that cut into Facebook’s ad business.

Other tech companies publicly complaining about Facebook include Microsoft, which is also upset about the way Apple is treating a gaming app it wanted to distribute via iOS; and a newly announced “coalition for app fairness,” in which several companies accuse Apple of using “carefully crafted anti-competitive policies.”

Two of the companies in that coalition are doing more than public grousing. Spotify filed an antitrust complaint with European regulators last year, prompting an investigation. And Epic, the gaming company behind Fortnite, has publicly defied Apple’s app store policy, prompting Apple to kick Fortnite out of its App Store, which triggered an antitrust suit from Epic; a key hearing in that suit is scheduled for next week.

More details about Facebook’s online events push: Facebook says it will use its own Facebook Pay system to process payments for online events, which it is positioning as an effort to help small businesses affected by the pandemic. The company says it won’t take any cut from those sales until “at least August” of next year.

Meanwhile, Facebook is going out of its way to poke publicly at Apple while announcing the change. Here’s a statement attributed to Facebook PR rep Joe Osborne: “This is a difficult time for small businesses and creators, which is why we are not collecting any fees from paid online events while communities remain closed for the pandemic. Apple has agreed to provide a brief, three-month respite after which struggling businesses will have to, yet again, pay Apple the full 30% App Store tax.”

And here’s one from Vivek Sharma, VP of Facebook’s games unit:

Apple execs, meanwhile, say they are giving Facebook (along with ClassPass and Airbnb) a temporary reprieve from the tax because of the pandemic, as their customers and vendors struggle to figure out how to survive in a remote economy.

But the company says it won’t change its stance on Facebook’s online gaming events, since those existed before the coronavirus pandemic and have always been a virtual experience. Here, for the record, is the company’s public statement: “The App Store provides a great business opportunity for all developers, who use it to reach half a billion visitors each week across 175 countries. To ensure every developer can create and grow a successful business, Apple maintains a clear, consistent set of guidelines that apply equally to everyone.”

One last bit of context: Plenty of people complain about both Apple and Facebook, but the two companies have tangled with each other for years. A recent example: Apple CEO Tim Cook, in a 2018 MSNBC interview, took pains to criticize both Mark Zuckerberg and the company he founded. As I wrote then, when Facebook was being pummeled for the Cambridge Analytica fiasco: