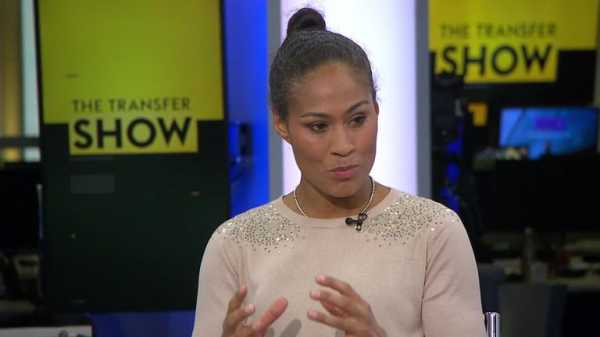 New FIFA research shows more than 86 per cent of international deals involve players that are out of contract and just £551,000 was spent on transfer fees between clubs around the world in 2019.

Deals including a fee are less common in the women’s game, players tend to move when out of contract and transfers are usually planned weeks, if not months, in advance so teams don’t go over budget.

This has, however, been a busy window for some clubs. Everton have had arguably the best window by bringing in England midfielder Izzy Christiansen from Lyon, England U21 goalkeeper Sandy MacIver has joined from Clemson University in the USA and Australia forward Hayley Raso has also signed.

Raso and the potential signing of Foord aren’t the biggest names from Australia to come in during the window. Sam Kerr, one of the most sought after forwards in world football, joined Chelsea at the end of December.

Bristol City have also been busy, signing three players in a day at the weekend. South Korea forward Jeon Ga-Eul, who has more than 100 international caps, joined to boost the team that’s slipped to bottom of the WSL.

Megan Wynne also came in on loan from Totenham, while Faye Bryson signed on a permanent deal from Everton.

Four teams are separated by three points at the bottom WSL, making any late business in this window vital in the fight to stay up.

How to follow the January transfer window with Sky Sports