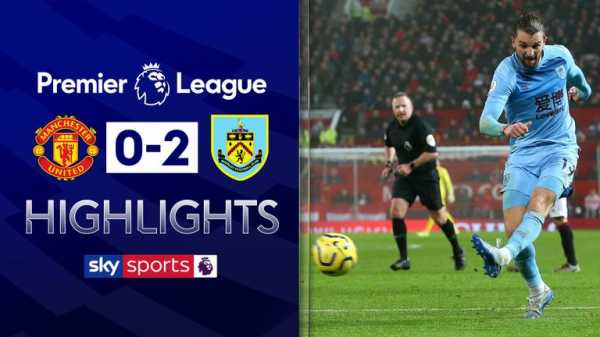 2:49 FREE TO WATCH: Highlights from Burnley’s win against Manchester United

It is remarkable that they still sit as high as fifth. But a defeat to Wolves in their next Premier League game – and that outcome is not unlikely given recent evidence – could leave them as low as eighth. That would perhaps be a more accurate reflection of where this side is at right now.

Solskjaer can point to injuries as a contributing factor. His midfield is shorn of Paul Pogba and Scott McTominay. Victor Lindelof was ruled out with an illness against Burnley. And United’s second game without Marcus Rashford underlined the urgent need for attacking reinforcements.

In Rashford’s absence, the spotlight fell on Anthony Martial. The Frenchman has played almost exclusively as a centre-forward this year and came into this game having scored four times in his previous five Premier League appearances. But inconsistency remains a major issue and this display raised familiar questions over his suitability to the role.

In the 16th minute, he was perfectly placed eight yards from goal to dispatch Aaron Wan-Bissaka’s cut-back, but somehow failed to connect properly with the ball. When Nemanja Matic picked him out in a similar position later in the first half, he dithered, allowing Burnley to recover. 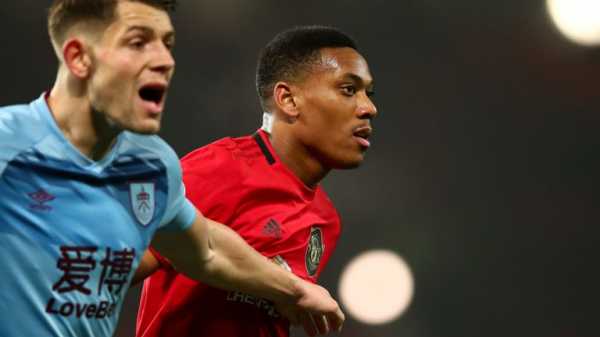 On other occasions, he simply wasn’t there at all when the crosses came in.

Instead, many of his best moments came when he dropped deeper, into the areas he feels more comfortable, the areas where he can link the play and drive United forward on the counter-attack. It was telling, too, that he created more chances for others than he had shots on target himself.

The club’s failure to replace Romelu Lukaku – their only natural striker – during the summer is looking increasingly costly – especially when the Belgian continues to score so freely for Inter Milan in Serie A – and it does not help that the service from midfield is so poor.

There is little in the way of structure or direction in that area of the pitch and Andreas Pereira typified the problems against Burnley. The Brazilian has been deployed at No 10 for much of the season, with Solskjaer asking him to provide the creativity from midfield that this side lacks in the absence of Pogba. 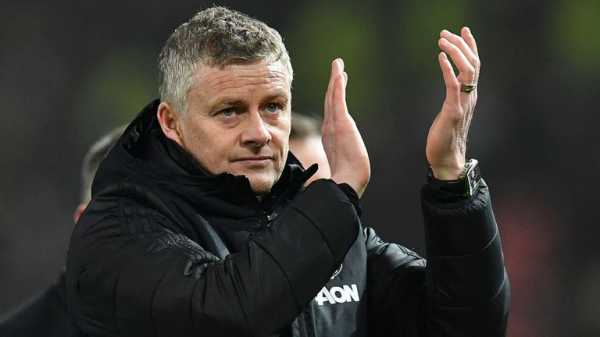 But it was hardly surprising that he was the one sacrificed for Mason Greenwood at half-time. Pereira had picked up possession on numerous occasions in the final third, but never looked like finding a way through Burnley’s defensive lines. Instead, he attempted a series of speculative shots which did not trouble Nick Pope.

Wan-Bissaka was United’s only dangerous attacking outlet. But when Martial wasn’t failing to capitalise on his deliveries, someone else was. Midway through the first half, and from a similar position to Martial, Juan Mata could only kick what seemed a simple chance into his own leg.

Solskajer cannot shoulder the blame for those errors. Nor can he be held responsible for the way in which Manchester United continue to drag their heels in the transfer market. But their defensive struggles certainly reflect poorly on him given the lavish investment during the summer.

It is the manager’s remit to organise his side to defend set-pieces, and yet Chris Wood’s opening goal on Wednesday was just the latest example of United’s vulnerability in that regard. They have conceded 12 goals from dead-ball scenarios in the Premier League this season, which represents 41 per cent of their total. Only Everton have conceded more. 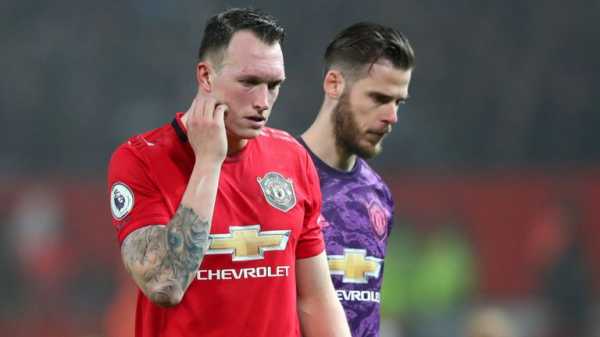 The numbers are damning of Solskjaer’s coaching, and it is certainly legitimate to question him in that regard given that, for all he achieved at United as a player, his only previous managerial experience prior to taking over at Old Trafford came in charge of Cardiff and Molde.

His credentials were the subject of heated debate between Roy Keane and Jamie Carragher in the Sky Sports studio after Sunday’s 2-0 loss to Liverpool. Three days later, a defeat by the same scoreline at home to a team fighting relegation brings the issues into even sharper focus.

Solskjaer is working in difficult circumstances and many of the problems at the club precede his appointment. But while there are many questions to be asked of the club’s hierarchy, it is becoming increasingly difficult for the man in charge of the team to defend his record. There is a malaise setting in at Old Trafford and the half-empty stands prove it.