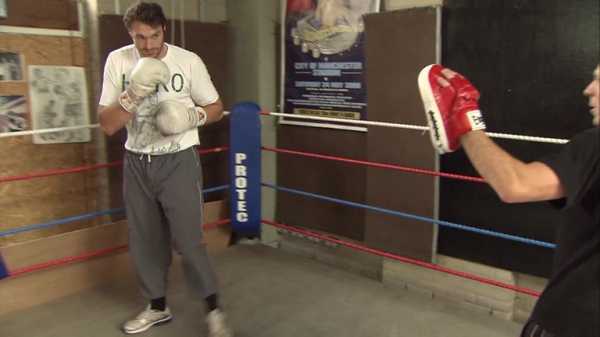 Tyson Fury “got an education” and used it to evolve into the world’s best heavyweight after narrowly avoiding a catastrophic US debut, says Steve Cunningham who almost caused a major shock seven years ago.

Fury’s first fight stateside, at The Theatre in New York City’s Madison Square Garden, was widely received as a missed opportunity to demonstrate his potential because, despite eventually winning, he was floored and made to survive by an opponent who was formerly a cruiserweight and weighed three stone less.

“Our fight made him switch gears,” Cunningham told Sky Sports. “It showed the people that he can switch gears, that he had a solid chin, that he can get off the floor after being hit with a hellacious shot, then evolve in the fight to secure a win.

“What else did our fight do for him? It changed how he prepares. He said: ‘That won’t happen again’. He weathered a storm.”

Fury was 24 years old and unbeaten in 20 fights which racked up the English, British and Commonwealth titles. He had impressively outpointed Derek Chisora and was being talked about as a future challenger to Wladimir Klitschko’s world titles, a destiny he would fulfil.

But at the time, in 2013, doubts remained. Fury was less than two years removed from being dumped to the floor for the first time by Neven Pajkic, a heavyweight with just five knockouts in 18 fights. One day he would survive a knock-down against boxing’s hardest hitter, Deontay Wilder, but in these early days there were concerns.

So when he hit the deck again in New York after tasting a right hand from Cunningham, a smaller man with 13 knockouts from 39 fights, serious questions were asked of his durability.

But Cunningham insists he felt Fury’s toughness first-hand: “I’ve been knocked down probably 20 times in my career but I’ve got up every time except against Fury. People said: ‘Cunningham doesn’t have a chin’. But do I stay down? No. Staying down is not having a chin.

“Amir Khan, I love to watch him for his speed, but he does not have a chin. He goes down then gets up with wobbly feet and has been knocked out numerous times.

“A guy can get hit all day and not go down. That’s a great chin. The chin that Fury and I have? You can go down but you still get up and kick ass.

“Deontay Wilder landed two clean right hands in the first round of his second fight with Fury but they did not even make him blink!

“Fury has a database: ‘I have felt that power now’.” 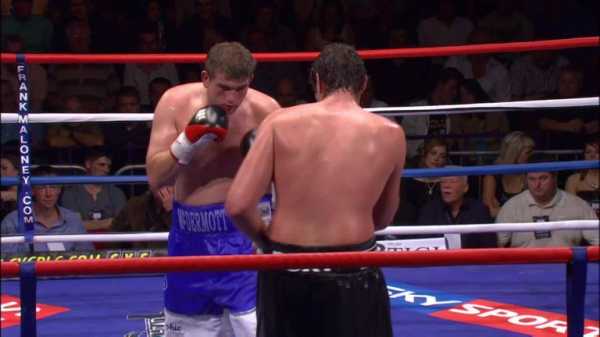 1:08 How Fury came through a controversial fight with John McDermott in 2009 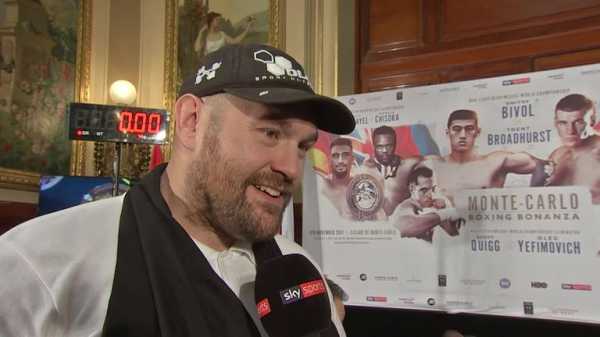 1:56 Back in 2017, Tyson Fury was confident of regaining his place at the top of the heavyweight division…

Former cruiserweight world champion Cunningham had seen Fury on the canvas previously and relentlessly practiced his punch which would eventually land with his trainer Naazim Richardson, who passed away last month.

“The day we signed a contract to fight Fury, we went to the gym and Brother Naazim told me: ‘You will knock him onto his back pockets with this punch…’

“We drilled the overhand right every day. I mean every day.

“Brother Naazim stood on a big tractor tyre holding a medicine ball and I would punch it.

“Fury threw a lazy jab, I ducked under it and connected with the overhand. It was not a conscious thought, it was muscle memory.”

Fury spent the first round of his US debut with his hands by his side, taunting “come on” at Cunningham. Eighteen seconds into the second round, the giant Brit was on his back.

Fury later said: “You can’t go swimming and not get wet. I got caught with a big swinging right hand and if you do not see them coming, then you will go down.”

Cunningham believes that experience aided Fury’s development: “He learned to evolve because he was goofing off with everybody else then realised, with me: ‘I can’t hit him’.

“Brother Naazim says you can take damage or knowledge. Fury took knowledge. I did too. That fight changed me, but it helped to change Fury even more so.

“He got an education from a pure boxer with a bit of power. I’m not known for my power.”

Fury returned home victorious after a seventh-round knockout but much of the reaction centred around the moment he was felled.

It was an American misadventure that might have left even Oasis reeling. 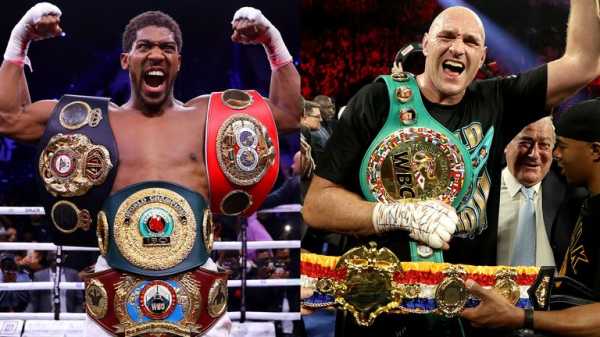 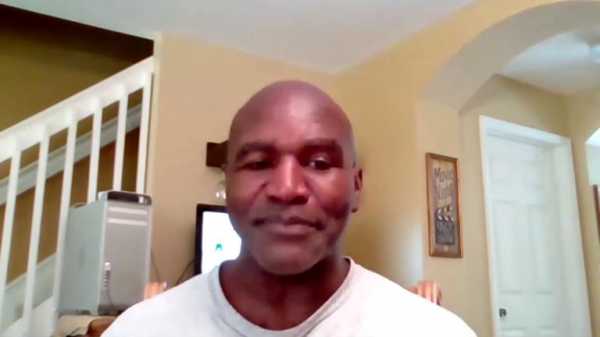 Fury later told The Joe Rogan Experience podcast, before his first fight with Wilder: “Cunningham was the hardest fight I ever did have in my whole career, amateur or professional.

“What I’m good at – boxing, moving, slipping and sliding – I couldn’t do against Steve Cunningham because he was quicker than me.

“It was like he was a better boxer all round than me, and he’d knocked me over even though he was a light puncher.”

Perhaps proof of Fury’s education is that, just months later, he employed Cunningham as a sparring partner and tasked him with throwing the exact same punch that almost caused a disaster in New York. Together, Fury was taught how to avoid a repeat.

Six years on from Fury’s dubious US debut, Anthony Joshua fought stateside for the first time and was beaten by Andy Ruiz Jr.

That’s why Cunningham believes that, despite returning home to a lukewarm reception, Fury gained some valuable lessons in New York in 2013.