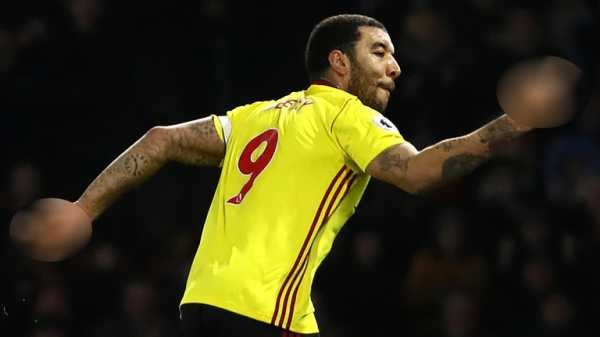 Troy Deeney will face no formal action from the FA for his celebration after scoring for Watford against Chelsea on Monday night.

But the game’s governing body will write to the forward and warn him about his future conduct.

Deeney made an obscene gesture towards the crowd after converting a penalty to give Watford the lead in a match they eventually won 4-1.

But, having already served three- and four-match bans this season, he escaped a further suspension, after the FA analysed video footage of the incident but could not agree on whether his conduct warranted a retrospective red card.

An FA spokesperson said on Twitter: “Watford’s Troy Deeney will not face any formal action following his goal celebration during the game against Chelsea on Monday.

“Video footage was referred to a panel of three former elite match officials, who were asked to consider independently whether it was a red card offence.

“The response was not unanimous, therefore no disciplinary action will follow.

“Nevertheless, the FA will write to the player and warn him as to his future conduct.”