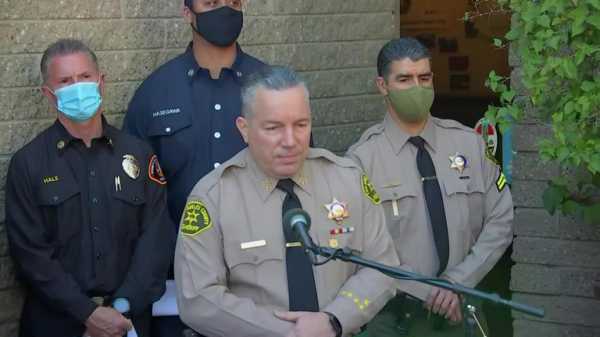 Alex Villanueva, Sheriff of Los Angeles County says that Tiger Woods was conscious and communicating when he was rescued from his car crash in California.

Tiger Woods suffered serious injuries in a car crash in California on Tuesday, with details continuing to emerge about the incident.

The 15-time major champion was alone in an SUV and heading northbound on Hawthorne Boulevard at Blackhorse Road, a major road that cuts through the Palos Verdes Peninsula to the south of Los Angeles, when he crashed shortly after 7am local time (3pm GMT).

The crash occurred on a curvy, steep stretch of road, with Los Angeles County Sheriff Alex Villanueva telling reporters that Woods was travelling at a “relatively greater speed than normal” and the area “has a high frequency of accidents”. 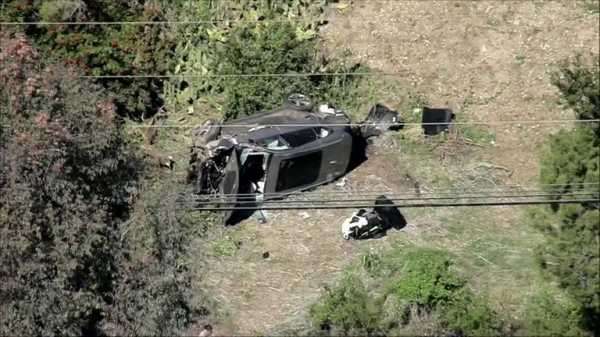 0:27 Aerial footage of Woods’ accident shows a car on its side with the front end heavily damaged, airbags appeared to be deployed and the wreckage appeared to be just off the side of a road on a hillside.

It is believed that Woods lost control of his vehicle during a downhill stretch of the road, with no signs of skid marks or breaking as the car hit the centre kerb, a tree and then rolled over several times before coming to rest several hundred feet away.

The car – a Genesis GV80 with a ‘Genesis Invitational’ logo on its side – was the only vehicle involved and suffered extensive damage from the crash, while overhead pictures of his car showed clearly the significant damage as it lay on its side on a grass embankment, several yards from the road.

A statement from the Sheriff’s read: “On February 23, 2021, at approximately 7:12 AM, LASD responded to a single vehicle roll-over traffic collision on the border of Rolling Hills Estates and Rancho Palos Verdes. The vehicle was travelling northbound on Hawthorne Boulevard, at Blackhorse Road, when it crashed. The vehicle sustained major damage. 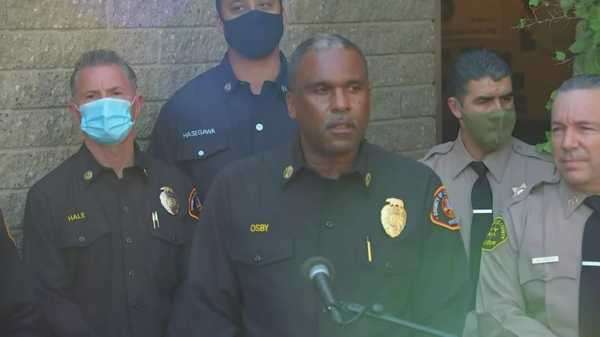 1:21 Daryl Osby, Fire Chief of the Los Angeles County Fire Department gives details of how Tiger Woods was rescued from the crash site. 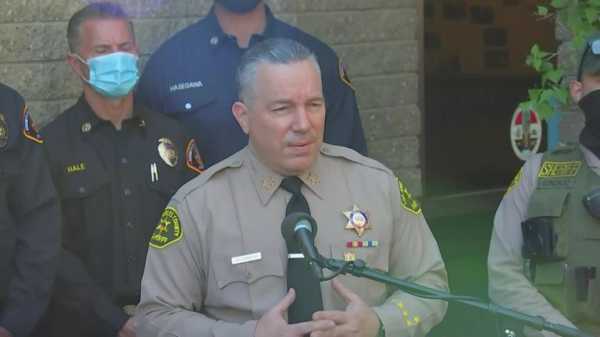 “The driver and sole occupant was identified as PGA golfer, Eldrick ‘Tiger’ Woods. Mr. Woods was extricated from the wreck by Los Angeles County firefighters and paramedics, then transported to a local hospital by ambulance for his injuries.”

The Sheriff’s department initially reported that the “jaws of life” had been required to remove Woods from the car, although later confirmed that a Halligan bar and an axe had been used to pry him from the vehicle through the windscreen.

Woods was placed on a backboard and taken via ambulance to Harbor-UCLA Medical Hospital, around eight miles from where the incident took place, where he underwent a “long surgical procedure” for his injuries.