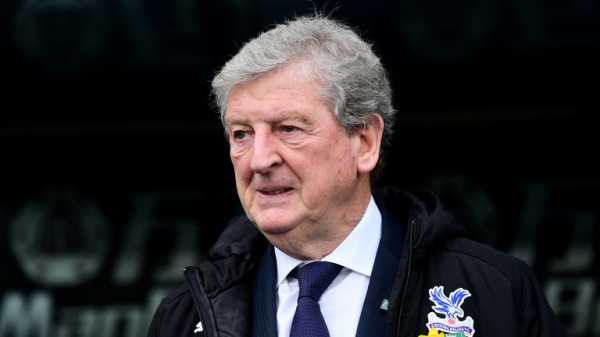 Roy Hodgson is pleased to see footballers using their platforms to help create awareness regarding political matters like the Black Lives Matter movement.

Roy Hodgson is pleased to see footballers using their platforms to help create awareness regarding political matters like the Black Lives Matter movement.

Football and politics has crossed paths in recent days with a number of high-profile players and football clubs coming out with a show of support for the Black Lives Matter movement, following the death of American George Floyd.

Floyd died on May 25 after a white police officer, who has since been charged with his murder, held him down by pressing a knee into his neck.

Hodgson is pleased to see footballers using their platforms to help create awareness regarding political matters.

Speaking to The Football Show, he said: “Players have much more to their life than just kicking a ball around – footballers are far more well-rounded, intelligent and interesting than they’re given credit for as the public only see a certain aspect of them through an interview before or after an emotional football match.

“I’m very proud, certainly at Crystal Palace, of what players have done during this crisis, in trying to help the club’s foundation and contribute the best way we can to all the organisations that need us at this time.

“I’m pleased to see players take a political interest, especially a club like ours in south east London that has a lot of black players. It doesn’t concern me to see players thinking about those bigger topics and even making a stand.”

On the Sancho celebration, Hodgson added: “No-one blamed him for doing that and showing his appreciation for the situation and how he feels about it. The only problem is that it’s been made clear for us in football that we can’t make political statements so I’m afraid anyone that decides to do that must accept that a yellow card will follow until the rules change.” 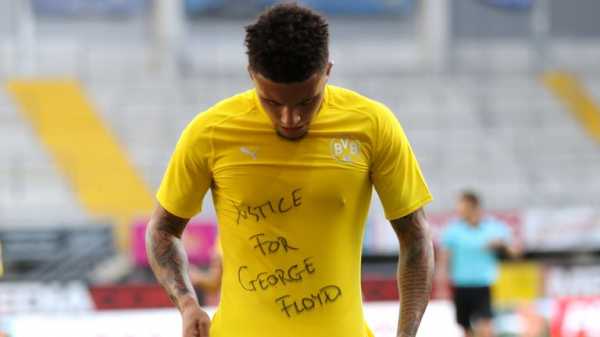 ‘Wonderful to be back’

At the age of 72, Hodgson is the oldest manager in Premier League and, as per government guidelines, is at “higher risk of severe illness from coronavirus”. There had been doubts over whether or not he would be forced to miss the rest of the season if a restart proved to be workable.

However, there is currently no ban on over 70s and Hodgson has been cleared to return to work at Crystal Palace’s training base.

Hodgson has been overseeing sessions at the club’s Beckenham training ground as players go about increasing their fitness levels after eight weeks in lockdown.

Initially during ‘Phase One’ of the Premier League’s return to training protocol, outfield players could only train in ‘non-contact’ mode and in groups of four plus one goalkeeper, maintaining social distancing at all times.

However, since May 27 players are now able to train as a group and engage in tackling while minimising any unnecessary close contact.

Hodgson admits the first few days back were a surreal experience.

He said: “It was strange in the sense it was nice to be there but we were so limited and restricted in what we could do. It was a case of it being great to be back but trying to find ways to break the boredom of it.

“When you’ve got an hour and you can’t do any ball work, it’s just you, the ball and cones you can run between there’s so little you can do. Our conditioning coach did a fantastic job of finding ways which would make it slightly less boring. But for myself and the coaching staff there was no coaching to be done.

“We were there as an appendix to the whole thing to help motivate the players through this arduous work which was the only work we could do. But that’s changed enormously in the last four or five sessions. It feels like we’re back to a normal situation.”