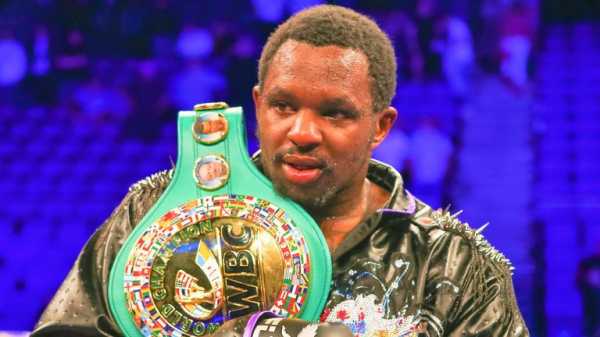 Whyte had been told by the WBC in May that he remains in line for a WBC mandatory shot at Fury by February 2021, having already endured a prolonged wait for a world title fight.

But Fury’s US promoter, Top Rank boss Arum, insists he will hold talks with the governing body in a bid to delay, or even cancel the fight.

Whyte told Sky Sports: “Arum’s talking rubbish. If he represented me he’d be screaming that this is the biggest travesty in the history of boxing – nearly 1,000 days as No 1 without being given a shot whereas Tyson Fury barely scraped by the WBC No 31 ranked Otto Wallin in front of only 3,500 people and then got gifted my mandatory position without fighting an eliminator, never mind a final eliminator. 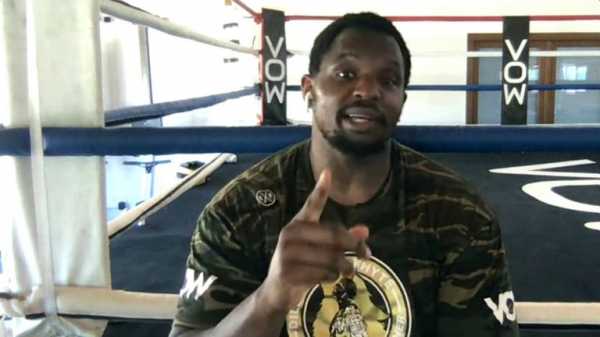 1:19 Whyte says he floored Fury on ‘multiple occasions’ in sparring

“Fury won the belt off that pathetic, hype job Deontay Wilder as his legs were too weak to carry it any longer after running away from me for years and it now looks like the two of them are in a relay.

“The WBC had originally agreed that the winner of Wilder-Fury II had to fight me by May 2020. Now Wilder’s injured and Arum’s trying to delay my shot further. It’s all wrong and has nothing to do with Covid-19.

“If he was fit to fight, they could fight in July. Who cares if they don’t have an audience. Big deal. Both of them have fought most of their careers with hardly any audience.”

When asked about Whyte’s status, WBC president Mauricio Sulaiman told Sky Sports: “The WBC is going to look at every single weight category, with the championships and with the mandatories, and every single situation that has to do with each particular situation regarding this pandemic, but Dillian Whyte is the mandatory for February 2021.”

The Brixton man believes Fury previously tried to avoid him when the WBC Diamond belt was at stake, and has given a mocking reference to his rival’s title as ‘The Gypsy King’.

“I have been ranked No 1 since 2017 and have fought more top 15 contenders than Wilder and Fury combined. I am the Ring Magazine No 2 ranked heavyweight in the world, higher than Wilder.

“No one is mentioning me as they are scared of fighting me. One hundred per cent I beat Fury. He knows it and that’s why he doesn’t want to face me. We have history. He has run in the past and he’s running scared now.

“The WBC should order Fury to fight me next but I don’t think ‘The Gypsy Coward’ will. After all he was previously ordered by the WBC to fight me, but he ran away, even when they met his demand of putting the Diamond Belt on the line.” 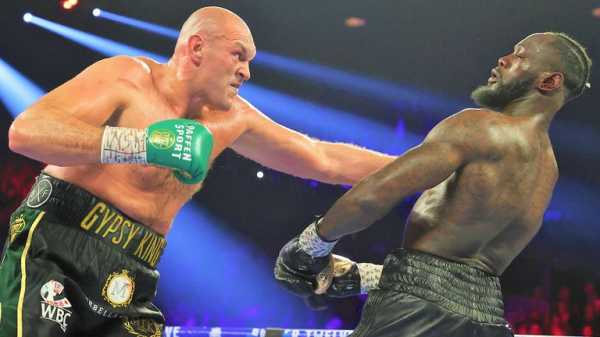 Arum had been putting plans in place for Fury’s third fight with Deontay Wilder at the end of the year, with Whyte in position to challenge the winner.

“These organisations will be cognizant that the mandatories must be pushed into the future because fighters, for at least three months, had no ability to fight,” Arum told Sky Sports. “Then after those three months the fights will be without spectators.

“We will be talking to the organisations to eliminate mandatories, or to postpone them all for at least one year.

“I am sick and tired of being forced, with my marquee fighters, to fight meaningless fights against mandatories that mean nothing.

“I won’t denigrate Dillian Whyte, but the fact that he’s a mandatory means nothing to me.

“If he fought Fury in the US it would be the same as Fury fighting [Otto Wallin]. It means nothing.

“All boxing promoters and all organisations have to get together to get things rolling at the highest level. Then we’ll worry about mandatories.”

But Whyte warned Arum that his world title ambitions will not be delayed any longer after securing a guaranteed fight with Fury.

“The whole thing’s a joke and I’m not putting up with it anymore.”