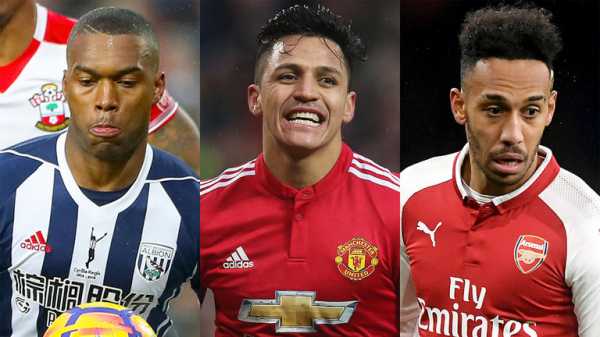 There were a host of January signings on show in Saturday’s Premier League games, but who shone and who struggled?

Alexis Sanchez marked his first Old Trafford appearance with a goal as Manchester United beat Huddersfield, while Henrikh Mkhitaryan provided a hat-trick of assists in Arsenal’s thrashing of Everton.

But how did Daniel Sturridge fare for West Brom? And what about Stoke’s £14m midfielder Badou Ndiaye? Read on for our assessments. 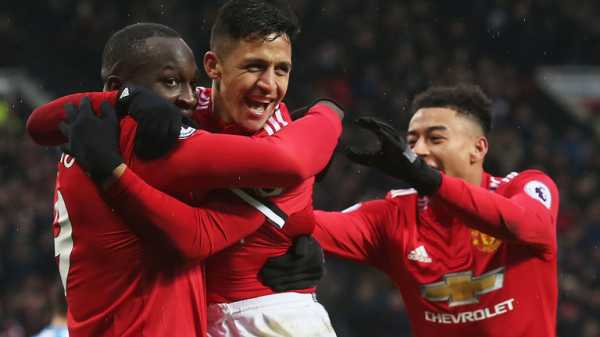 Sanchez cut a frustrated figure in the first half at Old Trafford, complaining to team-mates when passes didn’t come his way and earning a booking in added time, but he came to life after the break, scoring his first goal for the club and also playing an important role in the build-up to Romelu Lukaku’s opener.

The stats underlined his influence. The Chilean had 120 touches in total – his highest total in any game all season. He attempted more shots than other player (six) and even made the most tackles (five). The combination of quality and tenacity will have gone down well with his new manager. Kongolo was fortunate not to concede a penalty when he clattered Scott McTominay in the first half but the on-loan Monaco defender he recovered relatively well after that. On a busy day at the back for Huddersfield, he made more than twice as many tackles and interceptions combined (10) than any of his team-mates.

Ndiaye arrived at Stoke as the club’s second most expensive signing on Deadline Day and went straight into the starting line-up. Despite one day of training – and not even a full session according to manager Paul Lambert – he certainly impressed in the 71 minutes he was on the field.

It took him no time at all – six minutes to be exact – to assist the opening goal for Xherdan Shaqiri, and he took to the physical demands of the Premier League like a duck to water, putting in tackles, getting booked and even squaring up to Lewis Cook at one point.

He could have added a goal to his name in the 21st minute, but his effort just skimmed the post, with manager Lambert saying after the game: “He was brilliant, wasn’t he? He was excellent. I knew he would tire because obviously he hasn’t trained or played for a little bit but I think we’ve got a really top midfielder on the books.” 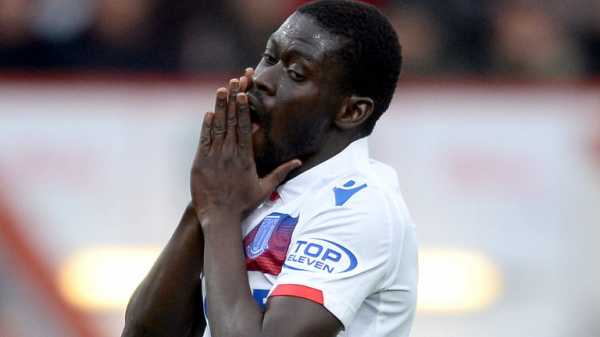 Joao Mario provided an assist for Javier Hernandez to equalise at Brighton, but that proved to be highlight for the Inter Milan loanee and West Ham. David Moyes admitted after the game that West Ham were well off the pace set by Brighton, and Mario’s performance typified a frustrating afternoon for the Hammers. Often isolated and susceptible to the Brighton press, Mario’s enthusiasm on the ball was quelled, allowing the hosts to run away with the points.

The Leicester midfielder enjoyed an eventful Premier League debut against Swansea on Saturday, starting with a crunching early tackle on Sam Clucas that earned him a yellow card. The Malian was then denied a debut goal by Lukasz Fabianski’s excellent close-range stop, before straying offside as Wilfred Ndidi saw his effort ruled out on the half-hour mark.

Sturridge was handed his first West Brom start, but manager Alan Pardew admitted afterwards it was 50-50 whether he opted for Jay Rodriguez.

The striker was largely subdued throughout his 62 minutes on the pitch but he very nearly broke his duck in the first half, firing a left-footed shot over the bar from Chris Brunt’s pass.

Given Salomon Rondon’s display and Rodriguez’s upturn in form, there’s no guarantee that Sturridge will be first choice at The Hawthorns next time out. 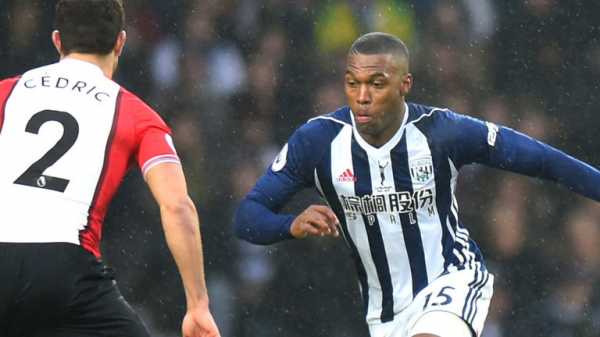 Carrilo was only given a second-half cameo in the 1-1 draw with Brighton in midweek, but Southampton’s club-record signing showed signs of a good understanding with Dusan Tadic during his 75 minutes on Saturday.

Carrillo came close to scoring when he met Ryan Bertrand’s cross in the first half but Ben Foster made a fine save at his near post, and his overall work rate will encourage Saints supporters.

Mkhitaryan was outstanding on his first start for Arsenal, providing a hat-trick of assists as Arsenal ran riot against Everton. The former Manchester United man set up Aaron Ramsey’s first and third goals either side of providing the pass for Pierre-Emerick Aubameyang’s debut strike.

He also impressed defensively, tracking back diligently and making more tackles and interceptions combined (seven) than any of his Arsenal team-mates. All in all, an excellent night’s work for the Armenian. 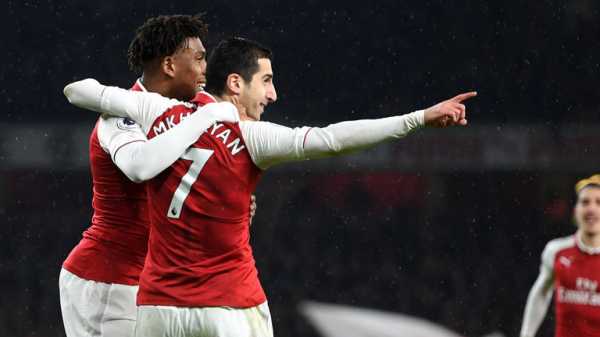 It was dream debut for Aubameyang. The former Borussia Dortmund man showed his blistering pace when he latched onto Mesut Ozil’s pass and forced a save from Pickford in the first half, but he didn’t have to wait long for his goal. The finish – deftly chipped over the advancing Everton goalkeeper – showed impressive composure, albeit from an offside position. Walcott made his return to the Emirates Stadium just two weeks after swapping Arsenal for Everton. He might have done better with a first-half chance which was blocked by Shkodran Mustafi, but there were flashes of his quality – including two fine crosses in the second half. He was substituted to a standing ovation from the home supporters.