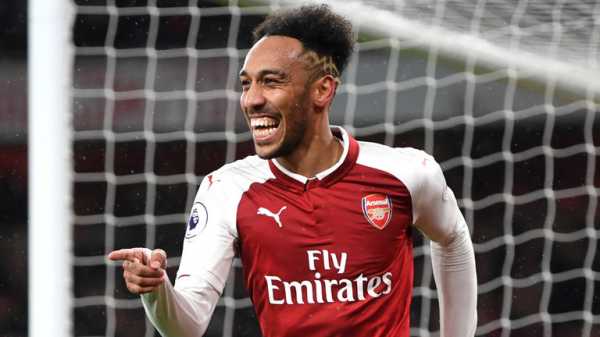 Arsenal’s record sigining Pierre-Emerick Aubameyang marked his debut with a goal as the Gunners beat Everton 5-1 at the Emirates Stadium. Here, we assess his performance.

“I thought it was better to start him, and if it doesn’t work we can take him off,” Arsene Wenger said of Pierre-Emerick Aubameyang before Arsenal’s meeting with Everton. The striker had been a doubt having picked up an illness after his Deadline Day arrival from Borussia Dortmund, but any uncertainty about his fitness was swiftly forgotten.

The 5-1 win was just what Arsenal needed after Tuesday’s 3-1 loss to Swansea, and having taken on all the pressure that comes with Thierry Henry’s number 14 shirt, Aubameyang got what he needed too. His goal, brilliantly taken from Henrikh Mkhitaryan’s pass, ensured his Arsenal career started in the best possible way. 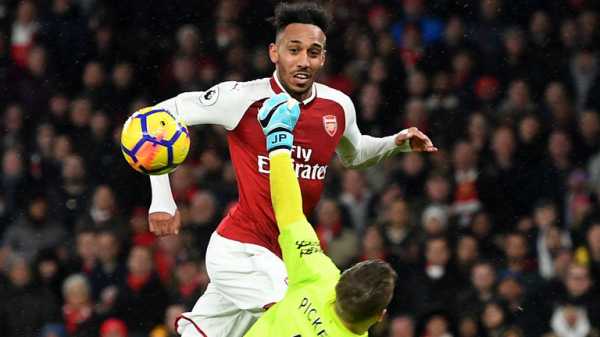 Aubameyang was preferred to Alexandre Lacazette up front and looked at home from the start, playing a clever reverse pass in the sixth minute to release his old Dortmund team-mate Mkhitaryan, whose low cut-back was hooked into the net by Aaron Ramsey.

Ramsey and Mkhitaryan would go on to add two more goals and assists each, but Aubameyang had promising moments too. In the 13th minute, just before Arsenal added their second goal through Laurent Koscielny, Aubameyang was close to scoring himself. His shot from Ramsey’s pass was heading towards goal when it was deflected wide by Ashley Williams.

Aubameyang did not have as many touches as his team-mates – only 25 over the course of the 90 minutes – but Arsenal will be encouraged by his impact without the ball. His pace and movement was instrumental in stretching Everton’s defence, opening up the gaps which Mkhitrayan, Ramsey and Mesut Ozil so gleefully exploited.

With just over half an hour gone, Aubameyang showed his talent for getting in behind the opposition defence. Ozil’s pass was perfectly measured for the Gabon international, whose blistering pace allowed him to accelerate away from two Everton defenders before forcing a low save from the advancing Jordan Pickford.

It was the kind of electrifying counter-attacking football Arsenal can expect with Aubameyang leading their attack, and his goal arrived just a few minutes later. Again, it came from him getting in behind. And while replays showed he had strayed offside, there was no doubting the quality of the finish – deftly scooped over Pickford and into the net. 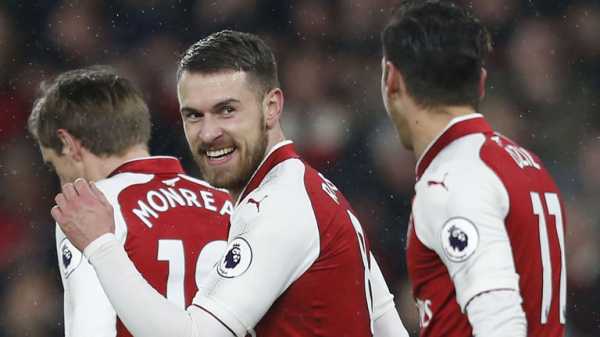 Aubemayang continued to stretch Everton in the second half, showing a willingness to pull to the flanks and inter-change positions with Ozil and Mkhitaryan, and he was also economical in possession, completing all but one of his 17 passes and linking play effectively when necessary. It was clear, too, that enjoyed the opportunity to link up with Mkhitaryan again.

“The two players integrated well into our game and looked like they had played with us forever,” added Wenger. “They have similar qualities to what our game is about. They are technically good, quick and overall it was a convincing performance.” Arsenal will hope it is a sign of what’s to come.

6 – Plays a smart reverse pass through to Henrikh Mkhitaryan, whose low cut-back is side-footed home by Aaron Ramsey for Arsenal’s opening goal

13 – SHOT! Has his first shot as an Arsenal player, firing Ramsey’s pass towards goal but it takes a deflection off Ashley Williams and goes for a corner.

17 – OOPS! Smiles as he inadvertently gets a foot to a low shot from Nacho Monreal and sends the ball rolling out for an Everton goal kick.

32 – PACE! Shows impressive acceleration to latch onto Mesut Ozil’s through ball and go through on goal, but his low shot from a diagonal angle is saved by the feet of Jordan Pickford

37 – GOAL! Aubameyang is released by Mkhitaryan and makes no mistake with the finish, taking a touch and coolly dinking the ball over Pickford to make it 4-0.

86 – Attempts to get on the end of Ozil’s pass down the right but there’s too much on it. Smiles at his team-mate knowing it has been a good night’s work.