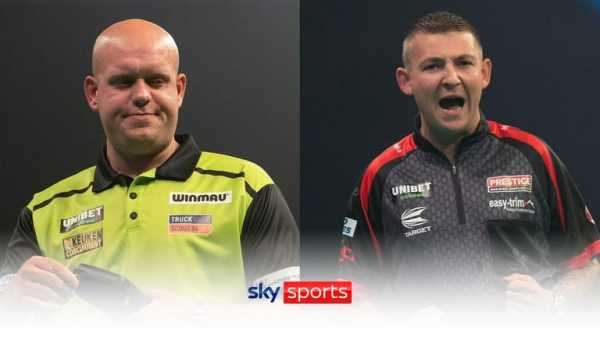 After a Premier League season like no other, four men remain in the 2020 competition – we run the rule over those who have made it to October’s Play-Offs.

February was a very long time ago for everyone, most of the world was yet to fill the full impact of coronavirus, fans were packing out stadiums and arenas in sports all over the globe and nine of darts’ biggest names were preparing to kick off this year’s Premier League Darts roadshow in Aberdeen. 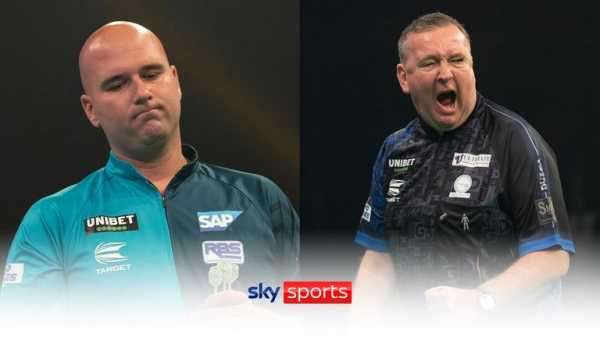 7:07 Take a look at what went on from Nights 7-11 in the Premier League at the Marshall Arena as Rob Cross was eliminated and Glen Durrant took control of the league phase

A different ‘Challenger’ was due to star in each of the first nine weeks after the success of the ‘Contender’ concept in 2019, kicking off with Scotland’s very own John Henderson on opening night.

However, after just six rounds of action in six cities, the competition ground to a halt as the UK and Europe went into lockdown. Liverpool was the final night with fans as the Premier League went into hibernation, finally returning more than five months later and behind closed doors in Milton Keynes.

Ten nights of action took place across 12 days, and while the fans were not in attendance there was drama aplenty as Rob Cross was eliminated, Peter Wright fired in a nine-dart finish and the chase for the final four places went all the way to the final evening.

The thrilling conclusion saw just a third man top the league standings, debutant Glen Durrant denying Michael van Gerwen an eighth successive season topping the standings. However, the five-time champion and winner of the last four Premier League finals not only missed out on top spot but stunningly missed out on the top four altogether.

Wright, Nathan Aspinall and Gary Anderson joined Duzza in making it to Thursday’s Play-Offs which will take place at Coventry’s Ricoh Arena, after hopes of the finale being held at its traditional O2 home were scuppered.

Here, we take an in-depth look at the players involved… 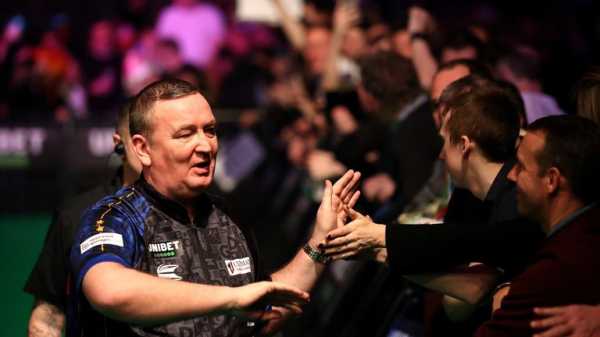 2:47 Glen Durrant has enjoyed a fine start to his Premier League career and currently sits top of the table in his debut season

This Year – Durrant has enjoyed a brilliant first year in the competition, becoming just the third man to top the league phase and enjoyed a 10-match unbeaten run – the longest of any player in this year’s competition.

He took 10 points from a possible 12 during the first phase on the return and while he finished with just two wins in his six games he will still be delighted to have made the last four and claimed the £25,000 winner bonus.

Premier Pedigree – ‘Duzza’ has built on a terrific debut year in the PDC that saw him reach three major semi-finals last year. In a truncated year the three-time BDO world champion has moved up to 13th in the Order of Merit, reached another World Matchplay semi-final and underlined his credentials in the Premier League.

He recently told The Darts Show podcast that he now felt he belonged, and he will get a another chance to win a huge TV title on Play-Off night. 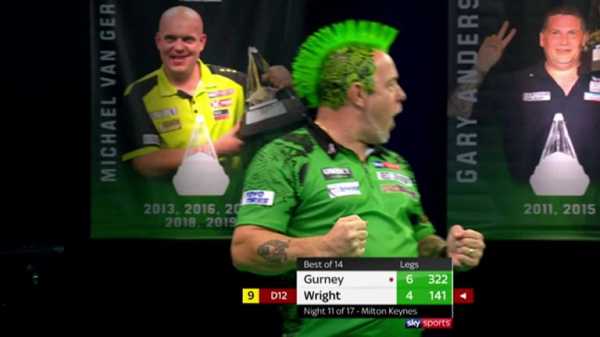 1:19 Peter Wright hit a nine-darter during his Premier League match against Daryl Gurney on Night 11 and it clearly meant a lot to the world champion

This Year – Snakebite arrives at Finals Night as the Premier League’s ‘in-form’ man. After a first ever televised nine-darter he finished in Milton Keynes with four successive victories over Michael Smith, Michael van Gerwen and fellow finalists Glen Durrant and Nathan Aspinall.

It gave him a highest ever Premier League finish, and since then he’s suffered a first-round exit at the World Grand Prix and reached the last four at the World Series of Darts Finals.

Gerwyn Price’s title in Coventry on Monday moved the Welshmen above Wright in the world rankings and while the Premier League is not a ranked event, Snakebite will relish the opportunity to remind everyone that he too should be in the mix for the title of the world’s best player. 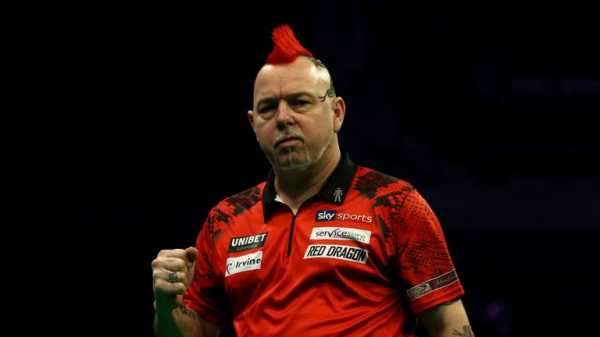 Premier Pedigree – Wright has largely struggled in the Premier League, with his runner-up finish to Van Gerwen in 2017 the only time he has progressed beyond the group stage in six attempts.

‘Snakebite’ was cut adrift in last year’s tournament after only posting two victories in a torrid campaign, losing eight of his last nine matches – including his final six games – to finish in eighth spot. 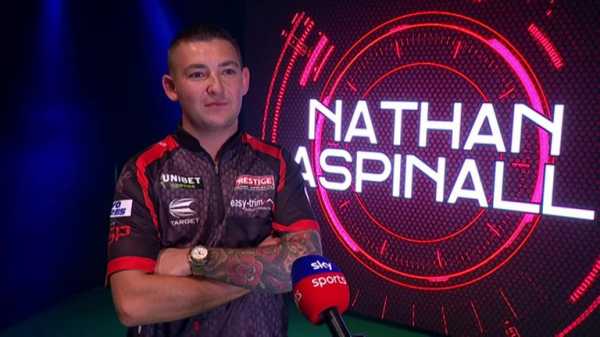 3:12 Nathan Aspinall said no one wants it more than him after he secured his place in the Premier League play-offs and it has been quite the journey in the sport so far for ‘The Asp’

This Year – First round exits at the World Matchplay and the World Grand Prix will have irked Aspinall, who is a genuine contender for every tournament he enters, although he seems to find a way of losing matches despite playing well.

Having marked his Premier League debut with an emotional win on Night 16, he pinched third spot and held a position in the top four after all but three of the rounds. Make no mistake he is here for the title and having won four of his last games, he will relish the big occasion, not least a showdown with Gary Anderson. 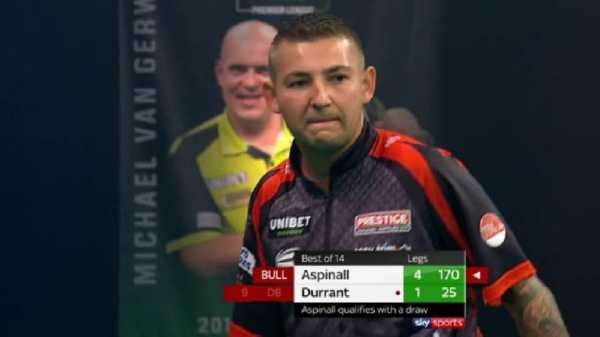 0:24 Nathan Aspinall hit the second 170 checkout of Night 16 of the Premier League during his game against Glen Durrant.

Pedigree – Aspinall was given a taste of Premier League life when he appeared as one of the ‘Contenders’ last season, losing his one-off match against Michael Smith in Nottingham, but was rewarded with a wildcard spot for a full campaign this time around.

The UK Open champion made his second consecutive semi-final appearance at the World Championship before losing to world No 1 Michael van Gerwen. 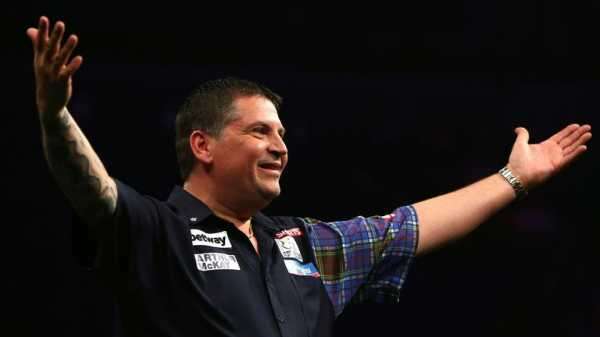 This Year – A semi-final at the World Matchplay, a quarter-final at the World Grand Prix, the Flying Scotsman is still more than capable of his very best despite insisting he is barely practising and has no intention of travelling abroad for any of the events taking place outside the UK.

Having won five out of six matches he put himself in contention for top spot only to lose his last two matches and drop to fourth, meaning a showdown with Duzza on Thursday. 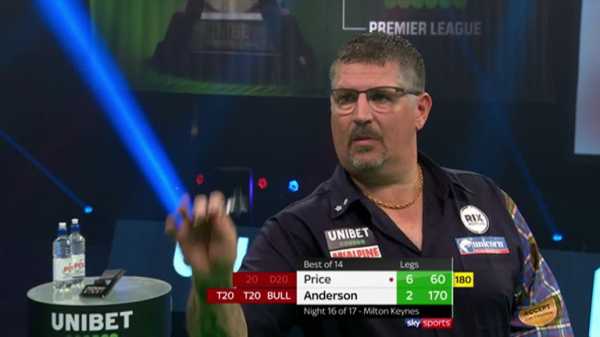 0:40 Gary Anderson followed up a score of 11 by hitting ‘the big fish’ during his game against Gerwyn Price on Night 16 of the Premier League.

Pedigree – The two-time world champion is back in the Premier League for a ninth time after missing last year’s campaign due to a back injury, and yet again he has made the final four.

The Flying Scotsman has only twice failed to reach the Play-Offs and he remains the last player not called Van Gerwen to win the tournament, having beaten the Dutchman in the 2015 final, adding to his first Premier League title in 2011.

Watch the thrilling conclusion to this year’s Premier League on Sky Sports Arena – join us 7pm on Thursday night before more darts in November with the World Cup of Darts from Austria and the Grand Slam of Darts.