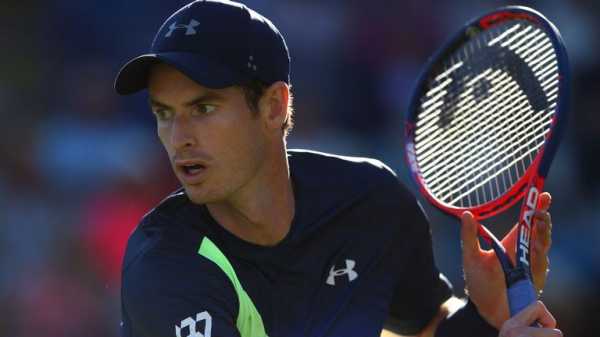 Andy Murray once again finds himself on the sidelines after a whirlwind few weeks which has seen him make two returns from a long-term hip injury.

It has been a mentally-draining year for our three-time Grand Slam champion. Hip surgery in January has limited him to just three tournaments since: Queen’s Club in June, the Eastbourne International seven days later and this week’s Citi Open in Washington.

It was the first of those three where Murray played his first professional tournament in 342 days, becoming a short-lived attempt to build up fitness before Wimbledon.

As a wild card, he was drawn against the in-form Nick Kyrgios, who just a week prior to their meeting had pushed Roger Federer all the way in a semi-final in Stuttgart.

Unsurprisingly, it was the Australian who prevailed 2-6 7-6 (7-4) 7-5 despite an encouraging performance from the former world No 1.

The following week saw Murray continue his return with a trip to Sussex, and that is where he recorded his first victory in just under a year, against fellow tennis-heavyweight Stan Wawrinka, who has endured a challenging year himself.

Like Murray, Wawrinka has had his own injury troubles. The Swiss, who climbed as high as world No 3 in 2014, has been limited to just 16 professional matches in 2018 and has lost 10 of them – falling to No 198 in the process.

“I’m very happy to get the win,” was Murray’s take after the match, but he knew there was room for improvement.

The second round in Eastbourne threw up an all-British showdown with close friend, and the nation’s new No 1, Kyle Edmund. It was then that Murray realised that his road to recovery was far from being over.

With his renowned forehand in full working order and an Australian Open semi-final under his belt earlier in the year, Edmund produced a straight-set victory, even admitting he felt “nervous” about beating a player he considers his idol.

Murray pulled out of Wimbledon shortly after. He knew it was too soon, and after a brief return to the ATP Tour, found himself back at his training base in Florida. The last place he wanted to be.

After watching old foe Novak Djokovic claim glory at the All England Club, and 34 days after his defeat to Edmund, Murray was back again. This time at the Citi Open in Washington.

The Wimbledon dream may have been over, but the US Open was firmly in his sights, and after some intense training, Murray produced his best tournament performance since January with a quarter-final run.

It meant so much to him that he burst into tears after his hard-fought 6-7 (5-7) 6-3 7-6 (7-4) victory over Marius Copil – a rare sight for a man who is usually so monotone that he is the subject of internet memes on social media.

Having defeated Copil to reach the last eight, everything seemed to be going perfectly for Murray, but the reality is that his body still could not cope with the physical demands of professional tennis.

The match was not concluded until 3am local time and the Scot did not mix his words in his criticism of the tournament’s organisers.

“[My body] doesn’t feel great right now,” he said. “I’ve had a few long matches. Finishing matches at three in the morning isn’t good for anyone involved in the event, players, TV, fans, anyone.

“When you’re expected to come back and perform the next day, I think that’s unreasonable.” 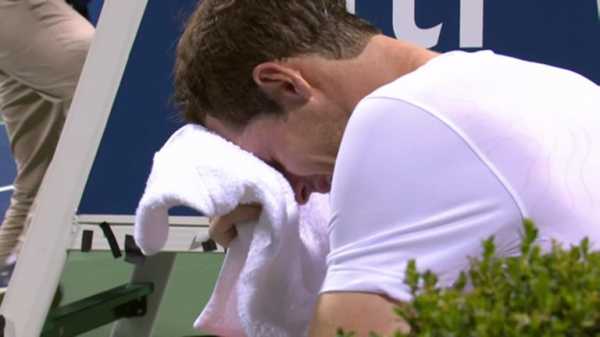 2:13 Murray was in tears after defeating Copil in Washington

With that, Murray withdrew before his quarter-final with Alex de Minaur, and is now targeting a third return of the year at the Cincinnati Masters on August 13.

It will be his last roll of the dice in 2017 and his last chance to build up some fitness before the fourth and final Grand Slam of the year – the US Open at Flushing Meadows – where he won his first major tournament in 2012.

Only time will tell if Murray will feature there, as this season has taught him, he must take each tournament one at a time as he looks to return to where he belongs – at the top of professional men’s tennis.