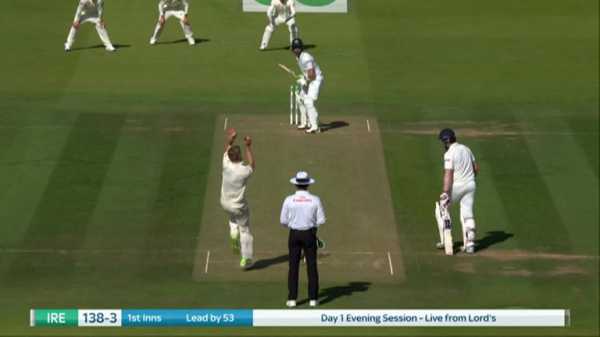 0:45 Olly Stone takes his maiden Test wicket with a beauty of a delivery to bowl Ireland’s Andy Balbirnie

A small sample size, sure, but the stats aren’t immediately striking: Stone took only one wicket in his four ODIs in Sri Lanka (albeit his debut was washed out), while he was largely confined to the shadows of fine leg as Broad and Chris Woakes tore through Ireland to the tune of 38 all out in just 15.4 second-innings overs at Lord’s.

What counts for Stone, though, is his standing at 6 ft 3 inches tall, the 26-year-old capable of bowling speeds in excess of the magical 90mph mark. And it’s precisely those traits that are currently key to England’s Test planning.

There’s the small matter of an Ashes tour in 18 months’ time, with England desperate to correct the 5-0 and 4-0 drubbings of their two most recent trips. Pace and bounce are essential on the hard surfaces of Australia – ingredients found lacking in those lacklustre visits of 2013/14 and 2017/18.

“The compressed nature of the fixture list means you will have to give players a rest,” Sky Sports’ Michael Atherton said on the latest Sky Cricket Podcast when looking ahead to cricket’s return.

“There are only a handful of multi-format cricketers but because these Tests are part of the World Test Championship, and there is not likely to be a T20 World Cup this year, I think the selectors will prioritise Test cricket.

“I think their thinking will be that they can’t just have a squad of 20 players to fulfil all commitments. They will be looking to give opportunities left, right and centre.”

Stone will hope to be afforded one of those opportunities, though they might come initially in white-ball cricket.

Anderson and Broad are near certainties for Test selection, leaving one more seamer’s spot – along with allrounder Stokes – in the XI, possibly two if the belief is that the Anderson-Broad double-act would work best in relief of one another in a ‘rest and rotation’ policy.

Mark Wood is at the front of that queue after his South Africa heroics over the winter – 12 wickets in two Tests, at an average of 13.58, helping turn the series in England’s favour – though his injury track record counts against him. 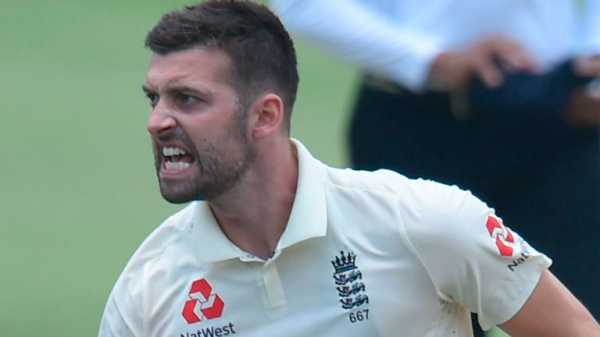 1:01 Mark Wood seals a second five-wicket haul in Tests as South Africa are skittled for 183 in the fourth Test at Johannesburg

Wood has played in only 15 of England’s 67 Tests since his debut five years ago. Admittedly his absence has not always been due to injury, but he has been regularly plagued with problems.

Jofra Archer will be in contention following his incredible first 12 months as an England cricketer, even if things did tail off a little after that explosive, World Cup-winning start, while there’s also the ever-reliable Woakes – especially in English conditions – to consider.

It’s a crowded bowling group, and it’s only set to get even more crowded this summer, with the likes of Brydon Carse, Saqib Mahmood, Ollie Robinson, the Curran brothers and Overton twins added to the mix.

Stone, you’d say, is ahead of them all in the pecking order currently. But should he not take his opportunity this summer, you can be guaranteed someone else will. And he knows it. 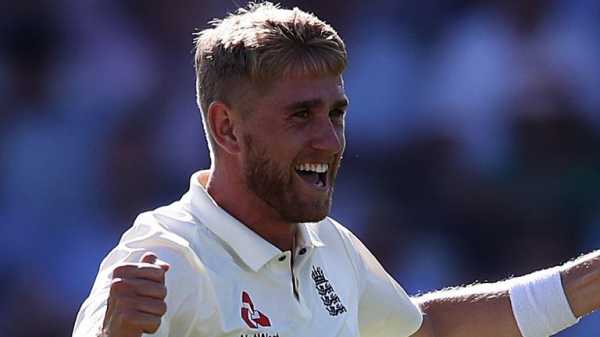 1:17 Olly Stone says England’s cricketers are excited for cricket to return this summer

Speaking recently to Sky Sports News, Stone said: “It’s an exciting time, not just for myself but for others who’ve maybe been on the edge of it recently, getting out there and showing what you can do – creating a way in, when maybe it wasn’t as close as you may have thought.

“The frustration for me is that I’ve got in, and then had to pull out with injury, but I’ve gone away and worked as hard as I ever have done on my fitness.

“You’re never quite sure when your last match will be if you keep getting injured and people catch up. It’s important now that I get a good run of games in.”

Stone has been afflicted with the same injury curse as Wood; just when it looks like he’s about to break through, he is struck down again. 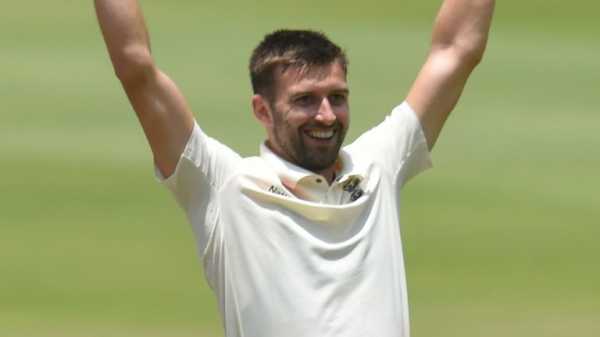 2:57 England seamer Mark Wood says training alone has been difficult and that he is itching to bowl at a batsman in the nets

On the national selectors’ radar ever since registering the best match-figures for England in a Youth Test, as he took 11-79 on an Under-19 tour of South Africa in 2013, Stone has been beset by back trouble since.

Having finally made his debut in Sri Lanka, Stone was diagnosed with a stress fracture in his lower back that ruled him out of the subsequent tour of the West Indies. And, following his Test bow against Ireland – on the eve of an Ashes series in which he would have surely played a part – the problem re-emerged.

Woakes and Broad’s brilliance in the second innings against Ireland may have denied him the chance to add to his three Test scalps, but he was arguably the pick of the bowlers first time around.

England, having been embarrassingly bundled out for 85 early on day one, were then staring down a large first-innings deficit with Ireland well-placed at 138-3, before Stone bowled the top-scoring Andy Balbirnie with a beaut of a delivery that nipped away late and dismantled middle stump.

Four balls later, he had a second, with Gary Wilson out for a duck, fending a sharp, 89mph delivery to slip. England were suddenly back in the game and they had Stone to thank. 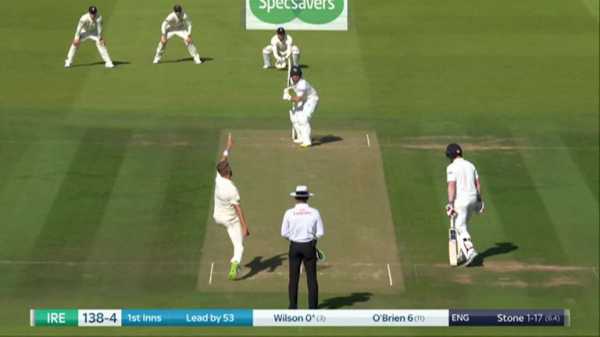 It’s such a spell that will have had selectors salivating at the prospect of Stone joining forces with fellow speedsters Wood and Archer and the skill of Anderson and Broad in Australia 2021/22.

Stone is hopeful too. “I have always said I love seeing people bowl fast and the more we can have, the better it is for English cricket – we can go and terrorise the Aussies next year,” he told Sky Sports News.

“It’s really exciting. There’s some good young fast bowlers that are coming through and hopefully we can keep producing, to have six, seven, eight, nine bowlers that can tear in. It would be great.

“Seeing what the likes of Jofra and Woody can do, to have four or five in the squad who can do that would be really exciting.”

Stone will be one of those afforded an opportunity this summer. But, as arguably England’s next cab off the rank, he will be eager not to be overtaken.