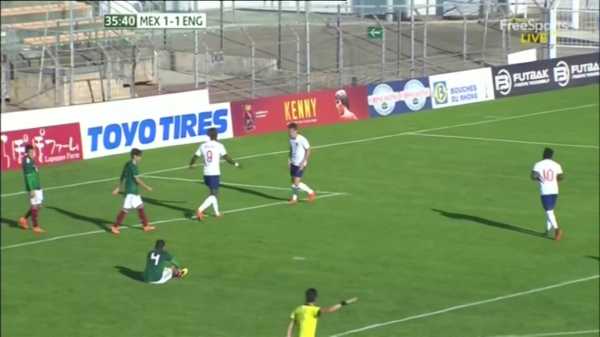 England U21s claimed their third successive Toulon Tournament title as they came from behind to beat Mexico 2-1 in the final.

England U21s claimed their third successive Toulon Tournament title as they came from behind to beat Mexico 2-1 in Saturday’s final.

The victory sealed England’s third Toulon title in as many years and continues their recent youth success. In the last 13 months, England have won silverware at U17, U19, U20 and U21 level. 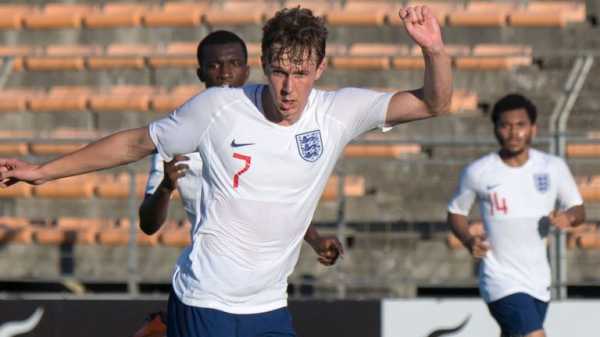 Their prospects looked bleak in Martigues, however, when Mexico’s Eduardo Aguirre, the tournament’s top scorer with seven goals, broke free on the left to square for Alvarado to score with just over a minute on the clock.

Aidy Boothroyd’s side were stunned by the early goal, with Mexico threatening to extend their lead through Manchester City youngster Uriel Antuna and Francisco Cordova.

England kept the deficit to one goal, however, and grabbed the equaliser with their first meaningful shot as Jake Clarke-Salter’s long throw sailed over Mexico’s goalkeeper and fell to the feet of Fry, who made no mistake with his finish. England, buoyed by their leveller, went in front just four minutes later as Arsenal youngster Eddie Nketiah sped away from his marker on the left and cut the ball back to Dowell, who sent a low, first-time finish into the bottom corner.

Mexico dominated the second half, but England defended resolutely and almost made the result safe when Swansea striker Tammy Abraham sent a shot against the outside of the post after a jinking run from Dowell.

Mexico kept coming forward, but England were equal to everything they threw at them, making a string of brave blocks and ensuring that goalkeeper Freddie Woodman had few saves to make.