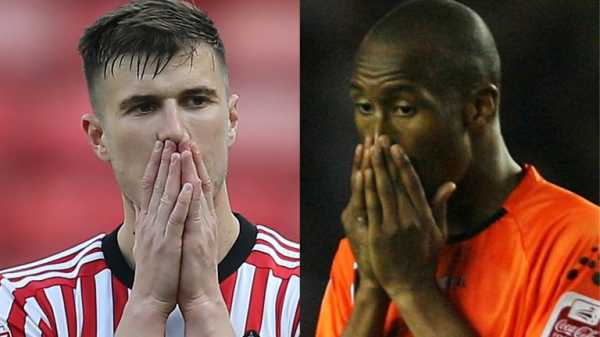 Few league clubs can claim a more volatile recent history than Sunderland, but their opponents on Saturday, Luton Town, have a strong case.

Between them, the League One clubs have accumulated five relegations, 16 managers and multiple changes of ownership and player sales since they were last in the same division 11 years ago.

Sunderland clinched the 2006/07 Championship title at Luton’s Kenilworth Road before the Hatters began a descent through the divisions, including financial problems, points deductions and a spell in non-league.

Despite appointing some big-name managers, Sunderland finished above 13th only once in their subsequent 10-year Premier League stay and dropped back to the Championship in 2017 before a successive relegation of their own last season. 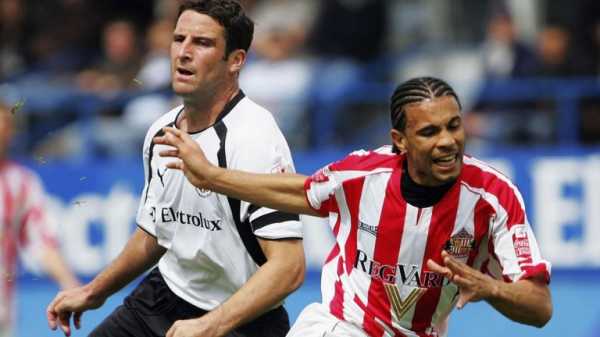 Winger Carlos Edwards moved mid-season from Luton to Sunderland in 2006/07, so is in a good position to assess the various calamities that struck both clubs.

“At Luton, Mike Newell was a good manager. He did the best he could have done,” Edwards tells Sky Sports. 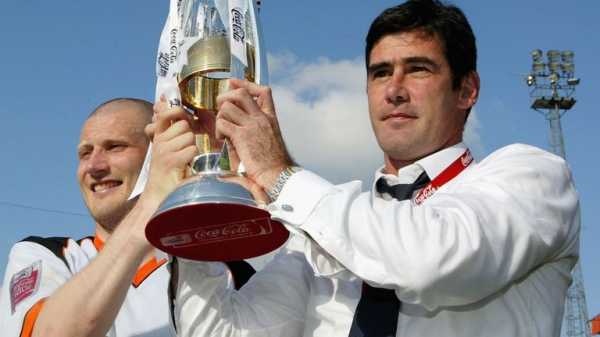 “We had a really good squad. But the board killed him in a way because he didn’t have the backing from them.”

Under Newell, Luton were fifth 13 games into the 2006/07 season, but after complaining openly about player sales being the reason behind a drop in form, he was sacked in March.

“Players just started to go,” Edwards says. “Once one left, players were thinking: ‘I need to go as well.’ It was like they were standing in front of a gun waiting for the trigger to be pulled.

EFL: Who will go up and down?

“That season, the team just went on a serious nosedive. Every time a club came in for one of the better players, it was the easy way out, they just sold them.

“Players moved on, things moved on then the club didn’t really recover until a few years ago.” 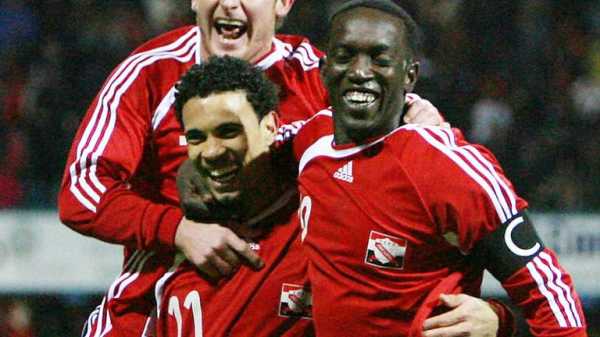 Edwards’ switch to Sunderland came over the festive period and was influenced by fellow Trinidad and Tobago player Dwight Yorke, who was playing for his former Manchester United team-mate and Sunderland manager Roy Keane.

By leaving mid-season, Edwards collected a title-winners’ medal rather than adding a relegation to his CV. Plus, he got to work with two legends of the game.

“Dwight phoned me after Luton played up at the Stadium of Light and asked if I was interested in moving. I saw it as a step up, no disrespect to Luton. I had the opportunity to play for one of the great former players in Roy Keane – and I look up to Dwight. He’s a hero and put Trinidad on the map. It was special.

“Luton told me I could go and have a chat and they had accepted a bid so I went for my medical and met Roy Keane.” 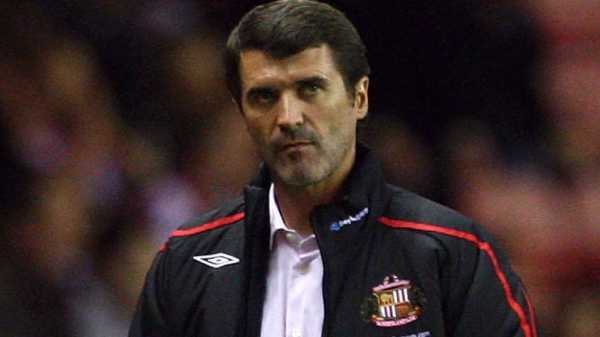 Keane would later sign Edwards a second time when in charge at Ipswich, but Edwards was surprised on his first meeting with the famously intimidating Irishman.

“You’re expecting this big guy, but when you see him, he’s a very hard guy but actually quite small,” says Edwards.

“But I didn’t tell him that! I was so nervous. Imagine if I’d gone in and said that – he’d have told me to go back to Luton!”

After Keane signed Edwards in January 2007, Sunderland won 15 of their final 19 league games, losing only once. Having started the season losing nine of their first 16 leagues games, it was quite a turnaround to go up as champions at Kenilworth Road in May. 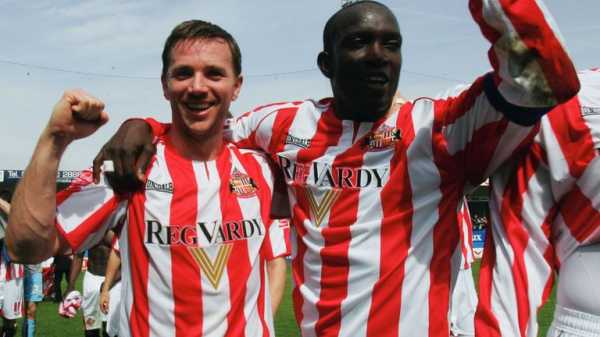 “The way Roy rotated the team worked well. He gave players their chance and then if things needed to be adjusted, he would do it.

“It was a great team chemistry that led us to become champions.

“I had mixed feelings winning the title at Kenilworth Road. I did feel for Luton, but I had a job to do. They had already been relegated but I think the 5-1 scoreline rubbed salt into the wounds!

“Some fans booed me but I think more in frustration than at me leaving. At the end of the day, Luton bought me for nothing and got a few quid, they made a profit.” 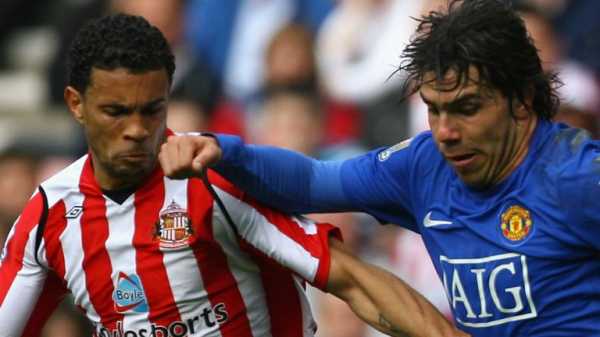 Keane, Yorke and Edwards won promotion to the Premier League, where Sunderland would stay until May 2017, but none of those three would last long as the club began to change.

American Ellis Short gained a controlling stake in September 2008 and Keane left shortly after to be replaced by Ricky Sbragia and, eventually, Steve Bruce. Short then bought the club outright in May 2009. For Edwards, this was a difficult time at the club.

“When a new manager comes in, they want a fresh start and bring in their own players because at the time, they feel the players can’t do it for them,” Edwards says. 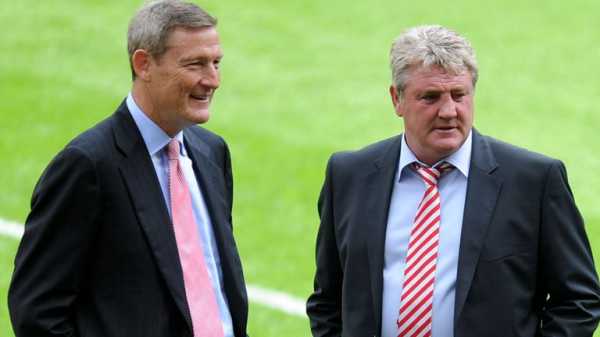 The difference is stark between the ethos installed by Keane and displayed by Edwards and stories of changing room disintegration at Sunderland in recent years, most obviously displayed in Jack Rodwell remaining at the club on high wages despite not playing.

“When I was there,” Edwards explains, “we had a cohesion and die-hard mentality. We knew, for the fans, we had to roll our sleeves up and do the work. And we did. We knew we had to be on our A-game every week.

“I think in the past two years, the players have not had a perspective that they would go out and do that. 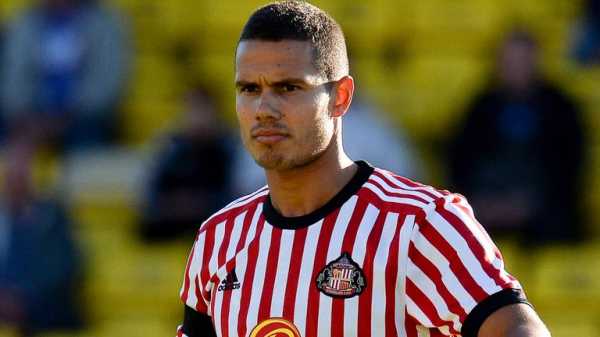 “You can get away with driving along one or two players in a game, but if you are driving along three, four, five players then you have walking wounded. You need everyone on their game.

Edwards, 39, is still playing at Woodbridge Town in Suffolk, while completing his UEFA B licence at Ipswich’s academy and has spent time coaching the Trinidad U17s. 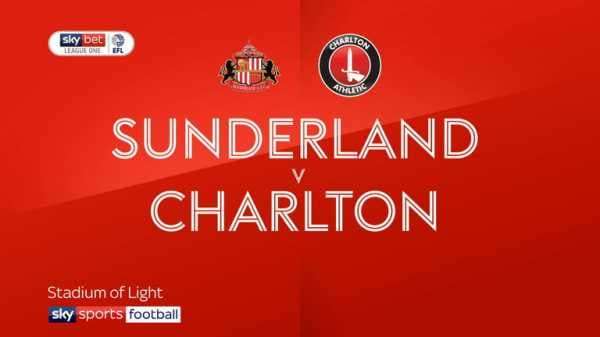 5:29 Sunderland left it late to seal a 2-1 victory over Charlton last weekend

He feels Sunderland have turned a corner – Short sold the club last season after going through nine managers in as many years – and can stop the rot following successive demotions, but he warns that they will not find it easy in League One.

“They seem more settled now, a few have gone, they’ve been revamped. But they have to realise they are a big scalp in League One,” he says. 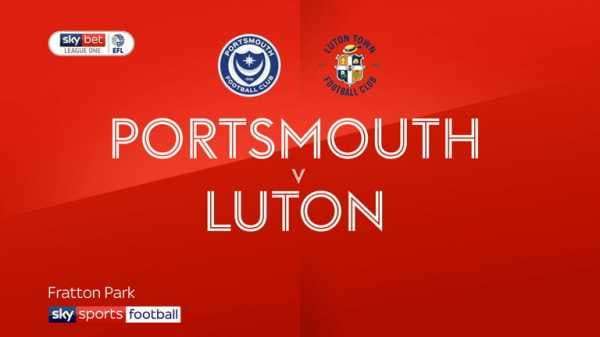 1:33 Luton lost at Portsmouth on the opening day despite a positive display

“Clubs going to the Stadium of Light are going to be in awe. A lot of players will never have played in stadiums like that. Clubs will want bragging rights and to be able to say: We won at Sunderland.”

Kenilworth Road may not offer the grandeur of the Stadium of Light, but Sunderland fans will be hoping on Saturday it can prove as fruitful a venue as it did on their last league visit to Bedfordshire.

Get Sky Sports’ dedicated football channels with our new season offer to watch over 500 live games this season. Find out more.