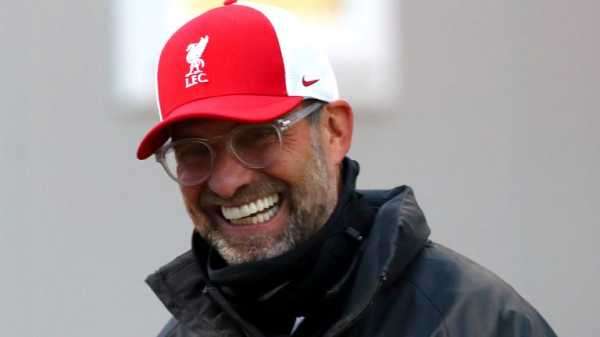 0:33 Jurgen Klopp says Liverpool’s remarkable unbeaten run in the Premier League at Anfield is not something he is interested in

Asked what Arteta has brought to Arsenal since his arrival in December, Klopp said: “He has shown in a short period of time that he seems to be an exceptional football manager.

“The structure of the team he sets up is exceptional – balance between offence and defence is really good. You can see good organisation and freedom for the players, using them in the right places. He has changed the whole mood in the whole club.

“I don’t think a lot of people thought at the end of the season he would finish by winning a competition and he did that by winning the FA Cup.”