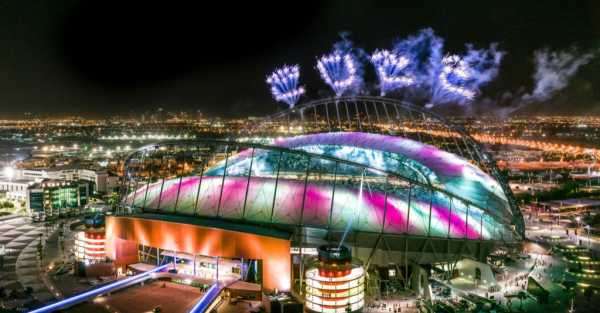 Here, the PA news agency gives the lowdown on what to expect.

How will the draw work?

Thirty-two teams will be drawn into eight groups of four, with teams divided into four pots based on their position in the FIFA world rankings published on Thursday.

Gareth Southgate’s men are in pot one with the six other highest-ranked nations, plus hosts Qatar.

Who will they want to avoid?

Holland, Germany and England’s 2018 World Cup conquerors Croatia are among the trickiest tests in pot two.

What about Scotland and Wales?

The conclusion of the play-off path featuring Scotland, Wales and Ukraine has been delayed to June because of the Russian invasion of Ukraine. To overcome this in the draw, the three teams will be treated as one draw ‘placeholder’ and have been allocated to pot four alongside the lowest-ranked countries.

Are there any other places still to be determined?

Yes – the winners of the intercontinental play-offs which take place in June. Peru will take on either Australia or the United Arab Emirates, plus Costa Rica (CONCACAF) face New Zealand (OFC).

Are there any other draw rules to be aware of?

Qatar will be placed into Group A from pot one, with the other top seeds assigned to groups B through to H in turn. Once placed in a group, they will be assigned a number in the group between one and four. Qatar are automatically designated as A1, and will feature in the opening match of the tournament on November 21st. The pots will be emptied in turn, from pot one all the way down to pot four.

The match schedule will not be confirmed until after the group draw has taken place, to afford scope to provide suitable kick-off times for television audiences in the countries involved or for spectators in Qatar.

When does it get started?
The finals get under way on November 21st, and finish on December 18th. There will be up to four matches a day in the group stage. Matches at the group stage will kick off at 10am, 1pm, 4pm and 7pm GMT.