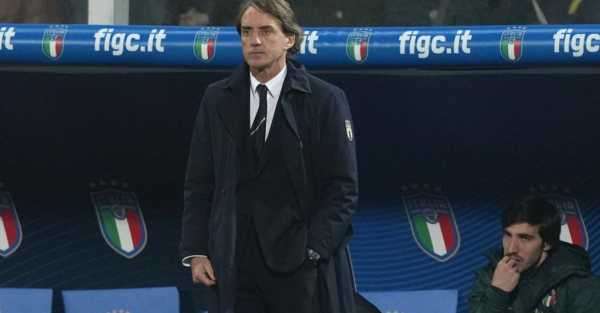 Roberto Mancini was reluctant to discuss his future as Italy manager after branding failure to qualify for this year’s World Cup the biggest disappointment of his career.

The European champions’ hopes of making it to Qatar were extinguished by a shock 1-0 play-off semi-final defeat to North Macedonia in Palermo.

World Cup-winning captain Fabio Cannavaro is reported to be the leading candidate to take over, should former Manchester City boss Mancini resign in the wake of the monumental upset.

“In July, the Wembley victory was the best thing; this is the biggest disappointment of my career,” said Mancini, according to Italian newspaper La Repubblica.

“We did everything we could to try to win. Some games are like that, difficult to talk about. Incredible things happen in football.

“The success in the European Championship was deserved, then the luck that accompanied us turned into total bad luck.

“I am very sorry for the group. On a human level, I can say that I love the kids more now than in July.

“This national team has good players and a great future. Now I feel too disappointed to speak about my future, we will see.”

The Azzurri have now failed to qualify for the last two World Cups after a play-off defeat to Sweden prevented them from participating in Russia four years ago.

But Italian federation boss Gravina said Mancini was committed to the job and gave him his backing.

“We must accept these verdicts, I am embittered for our fans,” said Gravina.

“The great joy of last summer remains, but also the disappointment for this unexpected elimination.

“Mancini? I hope he continues, he has a commitment to a project and I hope he can quickly dispose of the waste.”

According to reports, 73-year-old former Italy coach Marcello Lippi could join Cannavaro as the team’s technical director, should Mancini depart.