Manchester United lost ground to rivals Manchester City at the summit of the Premier League after a 1-0 defeat at Newcastle, while Arsenal’s top-four ambitions suffered a huge dent following their derby defeat against Tottenham.

Here, we take a look back at this weekend’s top-flight fixtures.

Harry Kane admitted in the build-up to Saturday’s north London derby that he still harbours a grudge against Arsenal after they released him as an eight-year-old academy player – but the England striker, and not for the first time, had the last laugh against his childhood club following another virtuoso performance for Tottenham. 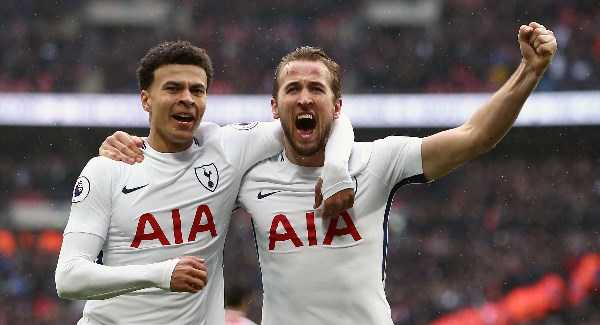 Kane’s match-winning display contained all the ingredients you would demand from a modern-day centre-forward, with his pinpoint header taking his tally for the season to a remarkable 32 in all competitions. Indeed Kane has four more goals than any other player in Europe’s top five leagues.

Kane may have hogged the headlines in recent seasons, but Sergio Aguero proved his star credentials once more with four goals in Manchester City’s drubbing of Leicester. The Argentine, who has now scored in seven consecutive games at the Etihad Stadium for the first time in his City career, joined Kane, Alan Shearer and Thierry Henry in becoming only the fourth player to score more than 20 goals in four straight Premier League campaigns. 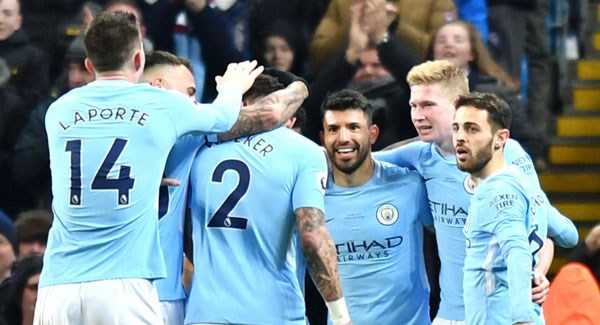 Aguero has now also netted four or more goals in a Premier League match on three different occasions which is more than any other player in the competition’s history.

Liverpool took advantage of Manchester United’s shock defeat against Newcastle to cruise to victory against Southampton today and move to within two points of their rivals. 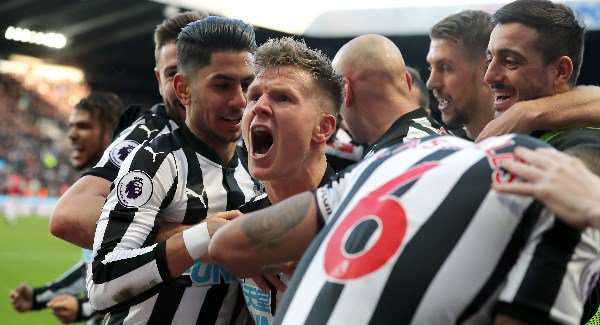 The championship race may be all but over – with City 16 points clear of United with only 33 to play for – but who will finish the season as the best of the rest, and secure the coveted Champions League qualification places, will be equally as compelling. Liverpool and Tottenham would appear to have momentum in their favour, while Chelsea’s match against West Brom at Stamford Bridge tomorrow evening now taking even greater significance. A victory for Antonio Conte’s out-of-sorts side would move them back above Spurs, but anything less than three points will leave them out of the top four.

Watford and Bournemouth may have fired a combined seven goals past Premier League champions Chelsea in recent times, but both clubs were brought back down to earth this weekend. A below-par Watford were picked apart by a Marko Arnautovic-inspired West Ham, while Eddie Howe’s Bournemouth were dismantled by Huddersfield today. 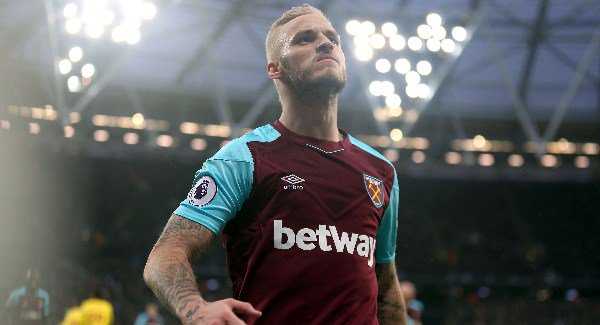 The results leave both clubs looking over their shoulders again with the Cherries, (10th, 31 points) and Watford (11th, 30 points) only five and four points clear of danger. Remarkably, the clubs in 10th to 19th are separated by a mere six points.

Carlos Carvalhal has been nothing short of a revelation at Swansea following his six weeks in charge of the Welsh outfit. The Swans had been cut adrift in the Premier League, but the Portuguese, who has won six, drawn four and lost only one match in his 11 games in charge, has guided them to 16th. 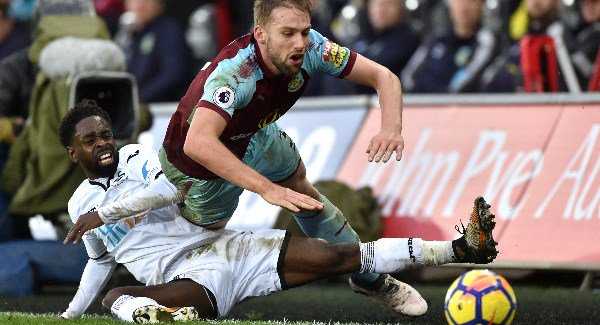 Indeed only Spurs (15) have scored more points in the Premier League than Swansea (14) since Carvalhal took over in December. Off the pitch, Carvalhal is something of a character, too. He brought Portuguese custard tarts for journalists ahead of their game against Burnley, and following their slender 1-0 win, reflected on his match-winning substitutions as wanting to “put all the meat in the barbecue, and all the meat inside the grill, because we wish a lot to win the game.”