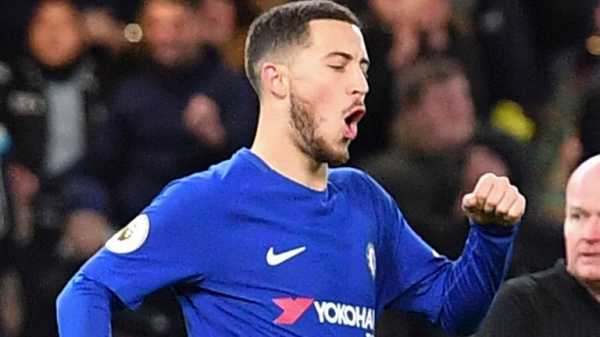 Chelsea moved back into the top four with a 3-0 win over West Brom at Stamford Bridge on Monday night. Here we look at the talking points from the match.

Man of the match Eden Hazard scored twice and Victor Moses also made it onto the scoresheet as the home side shook off two consecutive heavy defeats to get back on track.

From Hazard’s brilliance to another frustrating injury for West Brom’s Daniel Sturridge, we pick out the key issues from the game…

Hazard has scored more Premier League goals against West Brom than any other opponent he’s faced in England’s top flight – but he will have enjoyed his two lashed finishes on Monday night, which boosted the defending champions’ top-four hopes.

Hazard has scored six goals in his last six PL apps, this after a run of five without a goal in the competition.

With Tottenham and Liverpool winning over the weekend, Chelsea began the game outside of the Champions League qualifying spots, having followed a shock 3-0 defeat at home to Bournemouth with a 4-1 drubbing at Watford. They needed inspiration – and their star man Hazard stepped up to provide just that. 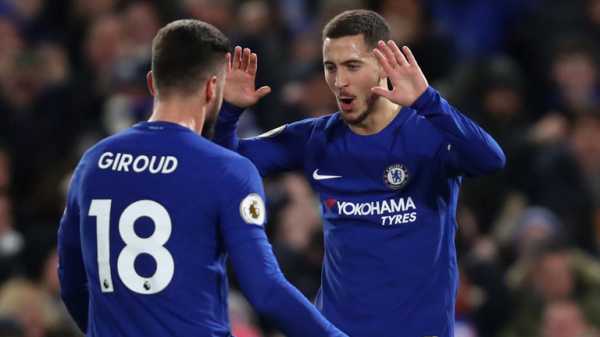 He combined well with new man Olivier Giroud throughout, and played a fine one-two with the big striker before crashing in the opener. The Frenchman was substituted on the hour mark but Hazard continued to threaten and danced in from the right flank to fire in Chelsea’s third with his left foot, after Moses’ close-range finish.

“I’m ready,” an eager Giroud told Sky Sports ahead of his first Premier League start for Chelsea – and the Frenchman certainly made his mark in this important win for his new club.

His assist for Hazard’s opener – in which Giroud used his strength to hold off his marker as he played a return pass into the Belgian’s path to smash home – was an example of what Antonio Conte was hoping his new recruit would add to his side. 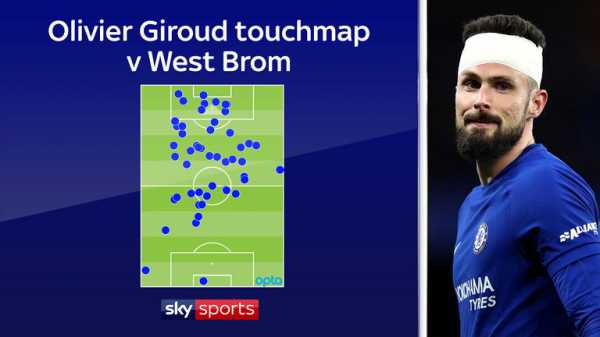 Giroud should have scored himself before that, shooting tamely at Ben Foster when picked out by Hazard, and later miscued an acrobatic effort from a corner. But he was a regular target for Cesar Azpilicueta’s probing crosses and consistently won his aerial battles with the Baggies’ backline – despite an accidental collision with Ahmed Hegazi leaving him with a bandage around his head from the 37th minute.

Giroud became the first player in Premier League history to start a game for both Chelsea and Arsenal in the same season.

A kick to the calf from Jonny Evans – which earned the Northern Irishman a yellow card – left Giroud hobbling off for treatment at half-time and he was substituted for Alvaro Morata on the hour mark. But despite being left battered and bruised, Giroud and the Chelsea supporters will be encouraged by his first start for the club.

Before kick-off, Alan Pardew had spoken of Sturridge’s importance to West Brom’s hopes of causing an upset at Stamford Bridge, but the on-loan Liverpool striker’s return to his former club lasted barely two minutes. 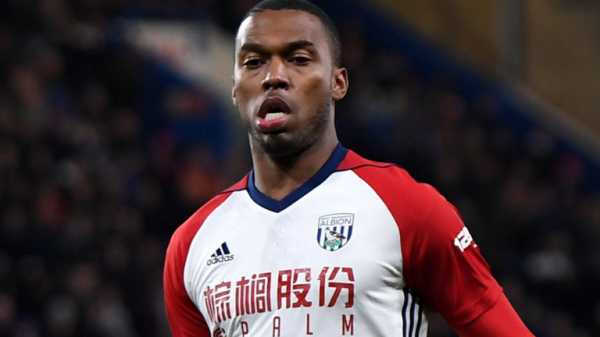 Sturridge – who joined the Baggies in a bid to re-find form and fitness after missing 13 games through injuries this season while with the Reds – hit the deck under a challenge from Chelsea defender Azpilicueta. However, it was a hamstring injury which the England international had suffered, forcing Pardew to send on Jay Rodriguez in his place as a dejected Sturridge walked off the pitch and straight down the tunnel. 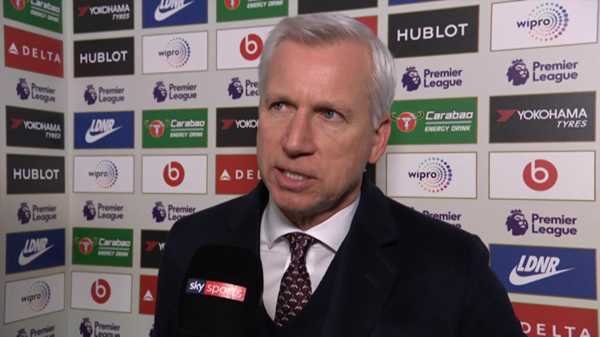 Alan Pardew says West Brom need to start scoring soon if they are to remain a Premier League side after missing several opportunities in their 3-0 defeat by Chelsea.

It is the latest setback in a long line of injuries for the forward, who had started just 20 Premier League games from a possible 94 under Liverpool boss Jurgen Klopp. Now Pardew will be hoping his January signing will only be out for a short period of time, with the Premier League’s bottom-placed club desperately need of his firepower.

Substitute Rodriguez almost had an instant impact for West Brom – but referee Lee Mason waved away the visitors’ penalty appeals when Cesc Fabregas caught the striker with a late challenge just four minutes in. 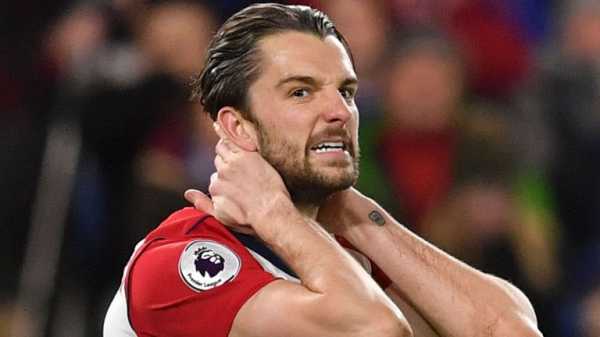 Rodriguez had fired off a quick shot in the box before the Spaniard caught him on the shin. “It should have been a penalty for West Brom,” said Carragher. Had it been given, the game could have panned out very differently.

Should Dawson have been sent off?

After seeing their own penalty appeals dismissed early on, West Brom could easily have had Craig Dawson sent off after 10 minutes. 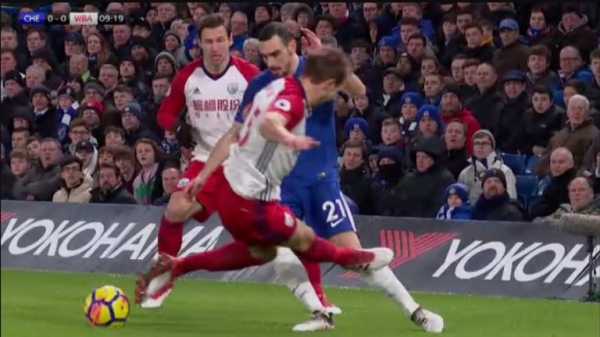 The defender caught Chelsea wing-back Davide Zappacosta with an ugly knee-high lunge which appeared to be missed by the officials.