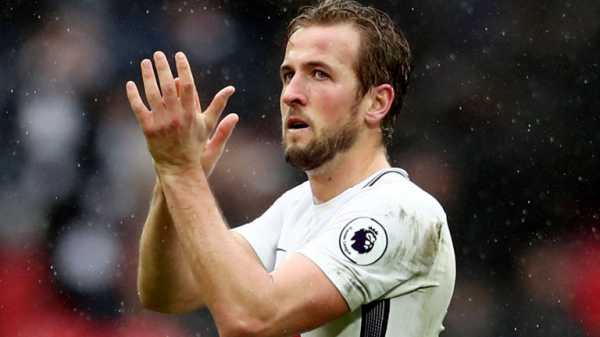 There was more magic from Harry Kane, a Gylfi Sigurdsson goal from outside the box and yet another win for a Swansea side rejuvenated under Carlos Carvalhal.

But what are the best stats from Saturday’s Premier League action?

Here, we pick out five of the best…

Harry Kane was the hero once more as Tottenham beat Arsenal 1-0 in the early kick-off at Wembley with his second-half header enough to separate the great rivals. He has now scored seven goals in his seven Premier League games against the Gunners. 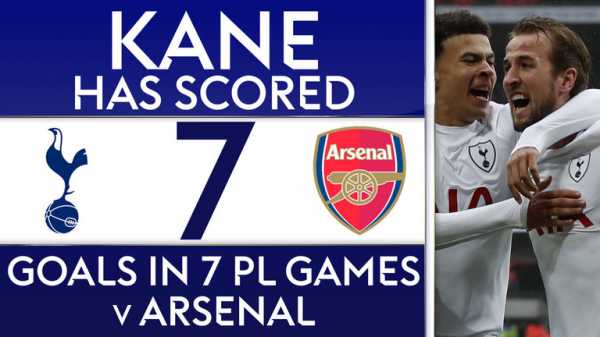 Only Emmanuel Adebayor has scored more in the fixture in the Premier League and only Jimmy Floyd Hasselbaink has previously scored in four consecutive home appearances against Arsenal in that time. Tottenham fans will be hoping there are many more to come.

While Kane’s goalscoring heroics were no surprise, the revival of Swansea under Carlos Carvalhal was not so expected. The Portuguese coach guided the Swans to yet another victory as they saw off Burnley 1-0 at the Liberty Stadium. 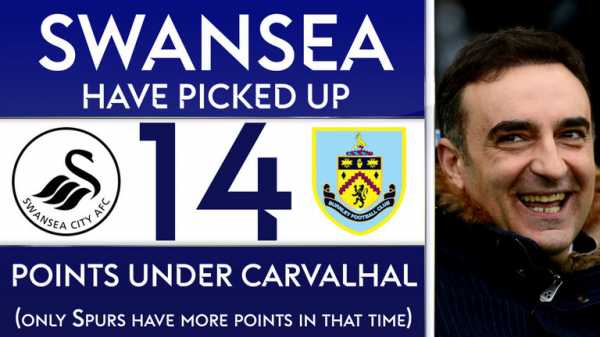 Now clear of the relegation zone, Swansea have picked up 14 points from seven games since Carvalhal’s appointment in late December, matching the record of Manchester City in that time. In fact, only Tottenham have picked up more points during this period.

Gylfi Sigurdsson’s opening goal of the game helped Everton to a 3-1 win over Crystal Palace at Goodison Park and it was no surprise that the former Swansea player’s effort came from outside the penalty box. It is the 17th Premier League goal he has scored from that range. 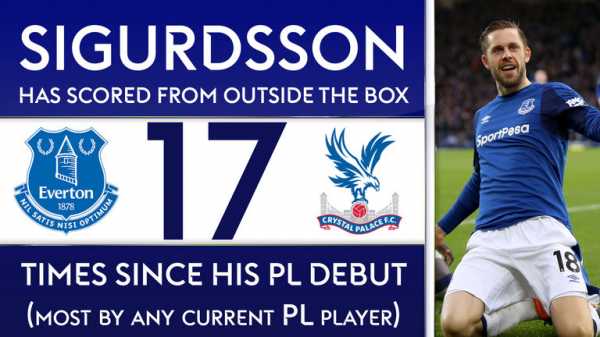 Sigurdsson’s strike needed to take a deflection off James Tomkins to beat Wayne Hennessey but there is no doubting his pedigree from distance. No current Premier League player has scored so many goals from outside the box since Sigurdsson’s debut in the competition.

Stoke are struggling to score from 12 yards out let alone from outside the box. While they came from behind to earn a 1-1 draw against Brighton, Paul Lambert was left frustrated by the fact that the Potters spurned the opportunity to claim all three points from the spot. 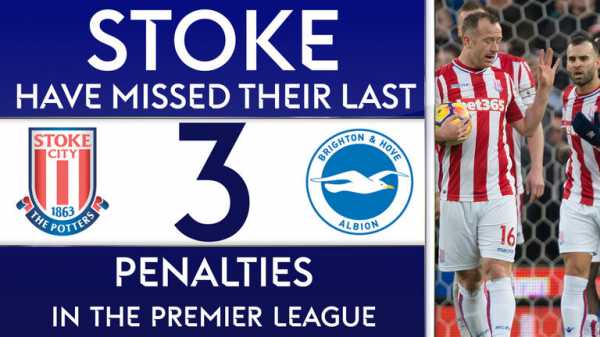 Charlie Adam fought off Jese for the right to take the kick but saw Mat Ryan save his shot. It means that Stoke have now missed their last three penalties in the Premier League with each taken by a different player – Adam, Saido Berahino and Marko Arnautovic.

Arnautovic back and on form

Now at West Ham, Arnautovic is having little problem finding the net these days. Back from injury for the home game against Watford at the London Stadium, the Austria international scored his team’s second goal in their 2-0 victory. After a slow start to life at the club, Arnautovic is thriving under David Moyes and has now had a hand in 10 goals in his last nine Premier League games for West Ham with seven goals and three assists in that time.