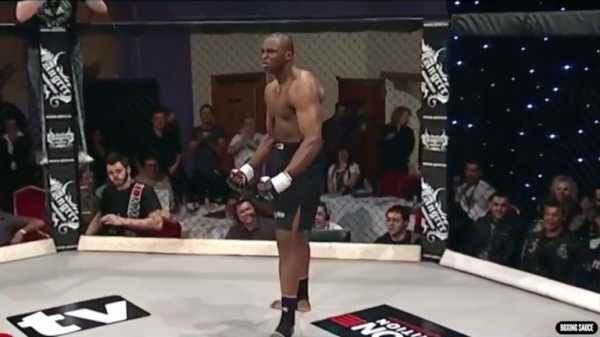 Back in 2008, Dillian Whyte made his MMA debut, knocking out his opponent in just 12 seconds!

Francis Ngannou is the latest MMA fighter to dare mention the boxing ring, a path that was travelled dramatically but ultimately unsuccessfully three years ago by a certain Irishman…

Boxing and MMA will always clash, it seems, and UFC heavyweight Ngannou has recently got into a war of words with Dillian Whyte, suggesting a bigger, harder-hitting version of Floyd Mayweather vs Conor McGregor.

It is always chaos, and always entertaining, when these combat sports collide… 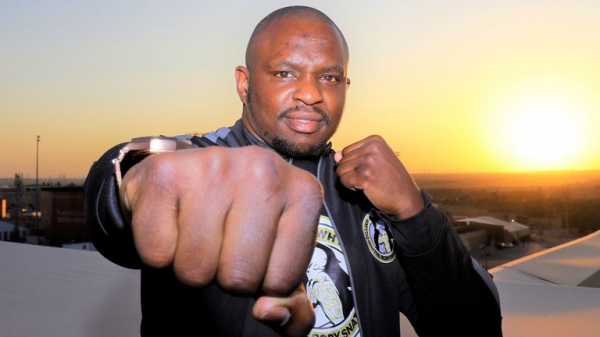 0:49 Eddie Hearn says there is a real chance Whyte could face Francis Ngannou in 2020

“My plan was to knock him out quickly but he got to my legs, took me down, and did what he did,” Toney told Sky Sports. “It worked. MMA is not my game but if I did it again, it would have been different.”

Three-weight world champion Toney had a 72-6-3 boxing record in 2010 but was unfit and unprepared for his sole MMA adventure.

“He saw an opportunity,” Couture told Sky Sports. “The real question was: how much MMA would he be able to learn in the four months that he had to prepare? That was answered pretty quickly on fight night.

“It didn’t fare too well for him.”

Couture wrestled Toney to the floor inside 15 seconds and submitted him with a choke-hold soon after.

“Everybody knows I’m not a ground and pound fighter, I don’t do that,” Toney said. “I’m a straight-up boxer. I did train, but the guy is a phenomenal wrestler. I tried to get up, but…

“I would have loved for Randy to do a boxing match but he wouldn’t. I couldn’t wrestle with him but he can’t box with me.”

Couture, in fairness, agreed: “I wasn’t silly enough to test James Toney’s hands while wearing 4oz gloves. That would have been ludicrous.

“Comparing boxing and MMA has been going on since the creation of mixed martial arts, but they’re apples and oranges.

“I absolutely had the entire burden of the question pitting MMA against boxing. I began fighting in 1997 and those comparisons were being asked, so I felt pressure. It’s something I took seriously because I was happy to represent MMA in that match. I was proud to get the job done.”

The peak of the genre will always be Floyd Mayweather vs Conor McGregor, the 2017 bout between boxing and the UFC’s most lucrative loudmouths.

“Under a specific rule-set that is not a true fight, I will prove that I am the best,” McGregor told Sky Sports.

“I’m going to shock the whole damn world. I’m going to change the face of the game, the same way I have done in MMA. I’ll change how fighting is approached.”

The Irishman, the first UFC fighter to simultaneously hold two titles, had some boxing pedigree from his amateur days in Dublin.

“Some kids had more talent than Conor but didn’t work as hard and eventually he found them out,” his then-trainer Phil Sutcliffe told Sky Sports.

“He has skills from his time here – his hands up, his chin down, his elbows in. When he got good enough. he was able to drop his hands because he could read the punches. He’s a very, very good reader.

“He’s ambidextrous – we teach that to all our kids, he can box orthodox or southpaw. His straight left changes fights. It’s an opportunist’s punch – he’s always had the ability to turn on his back leg to throw his back hand.”

But to astonishingly make his pro boxing debut against one of the greatest ever inevitably ended in defeat. Mayweather’s 10th-round stoppage gave him a 50-0 record to retire with.

Has the madness stopped? Of course not.

Mayweather told TMZ about Khabib Nurmagomedov, the UFC champion who also beat McGregor: “I’m the A-side, you call me out, you come into my world.”

McGregor’s most recent UFC victory earlier this year was met by cryptic tweets from Manny Pacquiao and Mayweather.

“It’s me and Manny,” McGregor roared about a future meeting.

On Mayweather, McGregor added: “He’s far from retired. That rematch will happen at some stage.”

Mayweather has since won a bizarre ‘exhibition’ boxing match in Japan against a 20-year-old kickboxer, Tenshin Nasukawa, headlining an event with an MMA undercard. 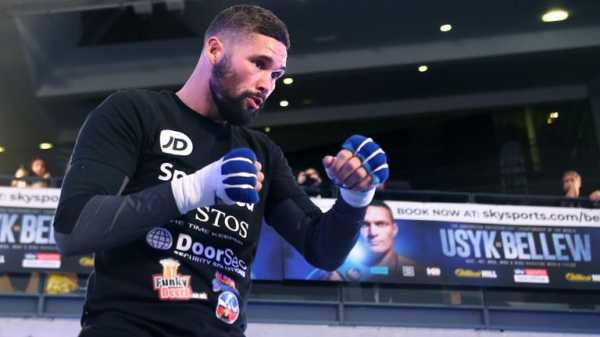 2:42 Tony Bellew revealed that he had talks with UFC’s Michael Bisping 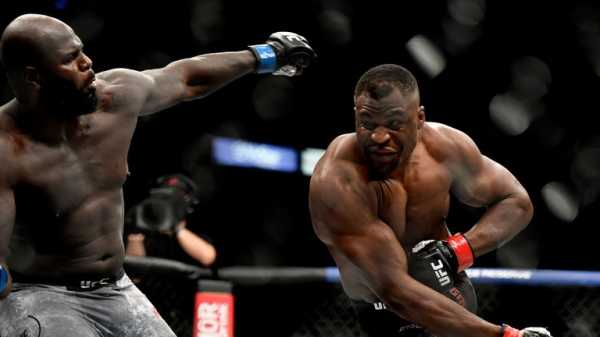 2:11 Should Ngannou cross over into boxing?

Elsewhere Art Jimmerson was a boxer with a 29-5 record when he competed at UFC 1 – infamously, he wore just one boxing glove and kept the other hand free for grappling. His MMA career ended in swift submission defeat.

Holly Holm went 33-2 as a boxer but was a fully-fledged MMA fighter when she shockingly ended Ronda Rousey’s headline-grabbing run. Holm’s slick boxing skills were credited for her standout result.

Kimbo Slice started as an internet brawler then fought professionally in boxing and MMA. He once defeated Ray Mercer, the 1988 Olympic boxing gold medallist, via guillotine choke… yes, really.

Mercer, undeterred, later pulled off one of the biggest surprises in MMA history by knocking out former UFC champion Tim Sylvia in nine seconds.

Current heavyweight boxing contender Lucas Browne began in MMA and told Sky Sports: “I fought Daniel Cormier, who [became] the UFC champion, which was a wake-up call that I couldn’t wrestle or kick. That was a turning point for me.”

What do the fighters think?