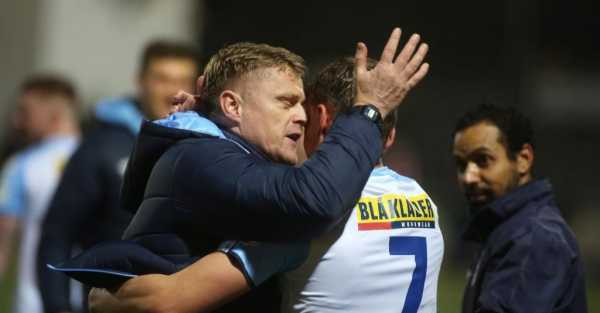 They lost 2-1 at home to Shelbourne with Shane Farrell and Brian McManus both scoring for Damien Duff’s side.

They are now just three points clear of Shamrock Rovers at the top of the table.

That’s after they beat St Pat’s 1-0 in their Dublin derby at Tallaght Stadium.

Rory Gaffney scored the goal there for the hosts.

Elsewhere, Dundalk beat Sligo Rovers 2-1 at Oriel Park while Drogheda enjoyed a 2-0 win over UCD and Bohemians and Finn Harps played out a 2-2 draw at Dalmount Park.

Athlone Town and Treaty United drew 1-1 and Cork City and Bray played out a scoreless draw at Turners Cross.