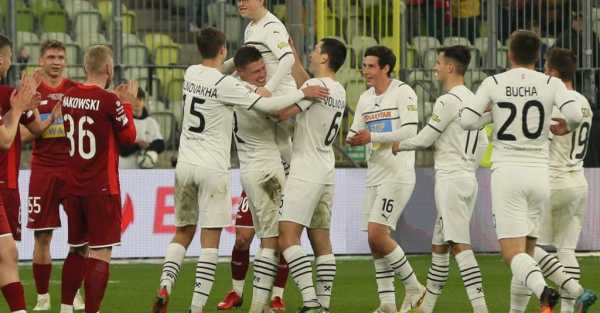 A 12-year-old Ukrainian refugee scored the winning goal for Shakhtar Donetsk on Thursday after coming onto the pitch with just a minute to go in the team’s charity match against Lechia.

The tour is aiming to raise money for Ukraine’s military in the war against Russia, and also help Ukrainian refugees displaced by the war.

Both teams took to the pitch wearing a “stop war” slogan on their shirts, while the game began with a minute’s silence for those killed in Ukraine.

With just one minute to go, and the teams tied at 2-2, 12-year-old Dmytro Keda – who had fled his hometown of Mariupol amid Russia’s invasion – took to the pitch.

Running onto the field, he exchanged passes with his new teammates amid cheers from the crowd.

Just 30 seconds later, he was through on goal, and with Lechia’s defenders standing back, he scored the winning goal and was promptly lifted into the air by his teammates.

Commenting on the result, Shakhtar head coach Roberto De Zerbi denied the goal was planned, saying “everything was spontaneous”.

Clubs around Europe have been offering to play games against Ukrainian clubs and host youth players after football in the country was shut down when Russia invaded in February.