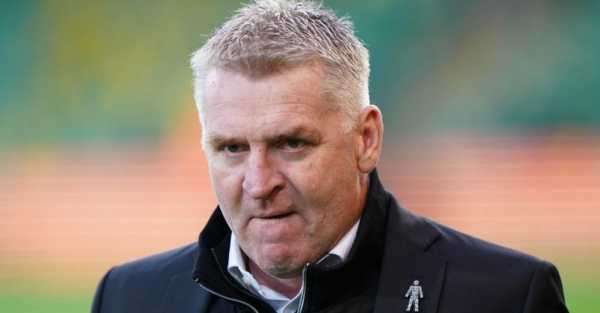 Norwich head coach Dean Smith accepts his side are heading into the last chance saloon as they battle to maintain slim hopes of Premier League survival.

The Canaries sit bottom of the table, seven points from safety with eight games left.

Relegation rivals Burnley come to Carrow Road on Sunday looking to build on their late win over Everton on Wednesday night.

While not yet raising the white flag on Norwich’s top-flight stay, Smith accepts it will soon be all or nothing territory.

“We are running out of games, we know that,” Smith said.

“We would like to be higher in the table and we would like our form to be better, but it is about doing the right things and working hard.

“We are getting into last chance saloon now, but that is an opportunity and hopefully the players grasp that opportunity.”

Norwich stopped a run of six straights defeat with a goalless draw at Brighton, where Neal Maupay missed a penalty and the hosts squandered several other scoring opportunities.

Smith, though, feels the positive result at least gives his squad something to move on from.

“It was really important to not lose the game,” the Norwich boss said at a press conference.

“There were parts of our play with the ball that we know have got to be a lot better than it was, but who knows? It might be a point closer to fourth bottom.”

Smith added: “We can’t look any further than ourselves at the moment.

“We have to get points on the board, otherwise there’s no point looking anywhere.

“We got a point at Brighton and now we have got a big home game against a team that is in and amongst it with us.

“It will be a real tough game against a real competitive team with good players, so we have got to be at our best.”

Midfielder Lukas Rupp and full-backs Max Aarons and Brandon Williams are expected to be available again having missed the trip to Brighton.

American striker Josh Sargent continues to be monitored on an ankle problem.

Smith also has some illness issues within the squad, so will have to make a late call on any of the unnamed players who have been unwell.

Defender Ozan Kabak, on loan from Schalke, is set to be out for the rest of the campaign with a hamstring injury suffered while on international duty with Turkey and so has played his last game for the Canaries.

“Ozan is going to go back to his parent club. It is a hamstring injury and I think it will rule him out for the season,” Smith said.

“It is a blow, but we have got the likes of (Christoph) Zimmermann who is fit now and pushing for place.”