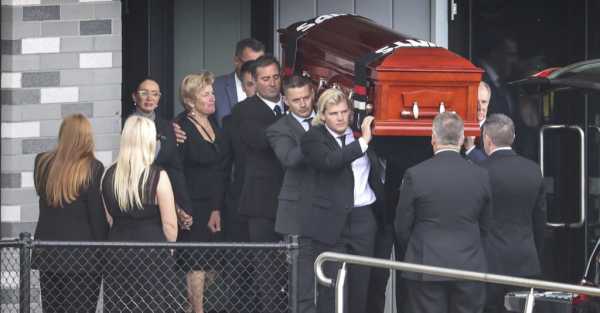 Cricket great Shane Warne’s family and friends were joined by dozens of celebrities at his private funeral, including former England captain Michael Vaughan.

The service in Warne’s home town of Melbourne was attended by around 80 guests, including his three children, parents, friends and retired Test captains Mark Taylor, Allan Border and Vaughan.

The former leg-spinner, considered one of the greatest cricketers of all time, died of a suspected heart attack while on holiday in Koh Samui, Thailand, on March 4th, aged 52.

McGuire described Warne as “Superman” and in quotes reported by the Daily Mail added: “You threw the ball to Warne, you sat in that (Melbourne Cricket Ground) Southern Stand and he did the things you dreamt of doing as a kid.

“The magic part about Shane Warne was that he sprinkled his gold dust everywhere he went.”

Hurley, 56, said on Instagram: “My heart aches that I can’t be in Australia for Shane’s funeral. I was filming and, with the time jump, physically can’t get there. It still hasn’t really sunk in that he’s gone.”

A state memorial will be held at the MCG on March 30th and will be open to the public, with more than 50,000 fans expected to attend via a ballot.

It has been reported that Elton John will perform live via video link for the state funeral and that other video tributes will include performances from Ed Sheeran and Coldplay’s Chris Martin.

Warne shot to global fame with the ‘ball of the century’ to bamboozle and dismiss Mike Gatting in the 1993 Ashes series against England.

He went on to claim 708 Test wickets, the second-highest in history, in a 15-year career spanning 145 matches and also took 293 one-day international wickets, helping Australia win the 1999 World Cup.