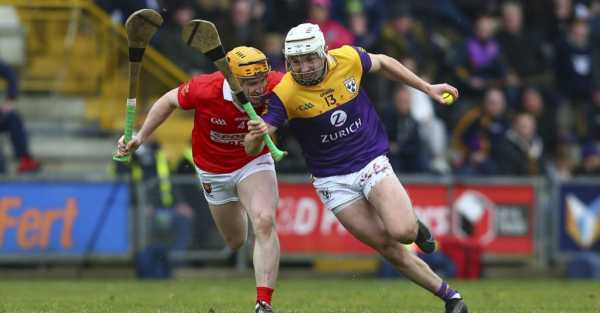 The Irish under-20s have secured a second Grand Slam title in three years this evening.

Richie Murphy’s side welcomed Scotland to Musgrave Park and ran out 59-5 winners.

Jack Boyle, Fionn Gibbons, Jude Postlethwaite, Jack Culhane and Ben Carson all scored in the first-half, before James McCormick, Josh Hanlon and a second for Gibbons completed the rout after the break.

Ireland were strong favourites to claim the title coming into the game, sitting three points ahead of France who face England at 8pm, but the bonus-point victory put their success beyond doubt.

Ireland led 33-0 at the interval, and while Scotland responded in the second-half, the win was never in doubt.

It rounds off a good weekend for Irish Rugby after the seniors beat Scotland to claim the Triple Crown yesterday.

Manchester City have beaten Southampton 4-1 in the FA Cup quarter-finals.

Raheem Sterling, Kevin De Bruyne, Riyad Mahrez and Phil Foden scored the goals to book their place in the next round.

Earlier, Crystal Palace strolled to the semi-finals after a win over Everton.

Patrick Vieira’s side beat the Toffee’s 4-0 at Selhurst Park.

Kurt Zouma scored an own goal to give Spurs the advantage.

It finished 2-1 at the King Power Stadium.

Timothy Castagne and James Maddison with the goals.

Kerry have maintained their unbeaten run in the Allianz National Football League Division 1.

They came away from the Athletic Grounds with a 1-13 to 13 point win over Armagh.

David Clifford with the goal.

The semi-final lineup in Division 1 of the Allianz National Hurling League has been completed.

Wexford will face Waterford after Darragh Egan’s side went five from five with a 1-22 to 1-17 win over Cork.

The Rebels will face Kilkenny after their 2-21 to 0-21 win over the Déise.

Meanwhile, Carlow beat Meath 2-21 to 1-21, condemning the Royals to relegation to Division 2B.

Shane Lowry is in a tie for 16th ahead of his final round at the Valspar Championship on the PGA Tour.

The Offaly man will resume from 8-under-par just before 4.30pm Irish time, 10 shots off the lead.

American Matthew NeSmith has a two-stroke lead over the chasing pack on 18-under-par.

Defending champion Max Verstappen will have to come from second on the starting grid if he’s to win the F1 season-opening Bahrain Grand Prix this afternoon.

Ferrari’s Charles Leclerc is on pole – with Lewis Hamilton fifth.

That gets under way inside the hour at 3pm.