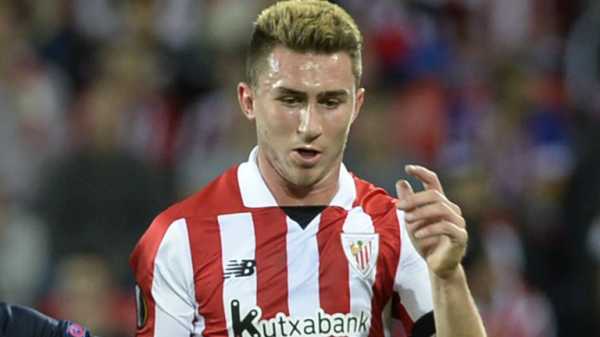 Manchester City have confirmed the signing of Aymeric Laporte from Athletic Bilbao. What will the defender bring to the Etihad Stadium? We asked WhoScored.com to take a look at his stats.

Manchester City have only conceded 18 Premier League goals so far this season, with John Stones and Nicolas Otamendi striking up a strong partnership in central defence, but if there was one area of their squad which lacked depth in the first half of the campaign, it was at centre-back.

Beyond his first-choice duo, Pep Guardiola had few title-winning options to marshal his defence. Captain Vincent Kompany has spent more time in the treatment room than on the pitch so far this season, and City have tended to struggle when forced to call on Eliaquim Mangala.

It’s why the £57m arrival of Aymeric Laporte from Athletic Bilbao could be so significant. Guardiola has been a huge fan of the French defender since trying to sign him in 2016. On that occasion he surprisingly elected to stay at his boyhood club, but the 23-year-old has now decided the time for the move is right.

Laporte boasts the attributes to succeed under Guardiola. One of his statistically calculated WhoScored.com strengths is his passing. This season in La Liga, he has averaged more passes per game (51.2) than any other Athletic player.

He already boasts an impressive range of passing. Laporte is currently averaging 7.4 accurate long balls per game in La Liga, which is more than any other outfield player aged 23 or under in Europe’s top five leagues. That kind of distribution will be another weapon for Guardiola, who likes his side to play high up the pitch and transition from defence to attack in the blink of an eye.

As a natural left-footed player, Laporte will also offer some balance across a backline dominated by right-footers. The Frenchman has enough confidence on the ball to stride forward into midfield, and his ability to pick out a team-mate from those positions will give City another goalscoring threat when they break forward.

Laporte is strong in the air, too, which should allow him to handle the Premier League’s more physically imposing forwards. Of the 59 players to contest 50 or more headed battles in La Liga, only Sevilla’s Steven N’Zonzi has a better aerial success rate (78.4 per cent) than Laporte (71 per cent). He puts his 6ft 3ins frame to good use, making aerial duels another of his statistically calculated WhoScored.com strengths. 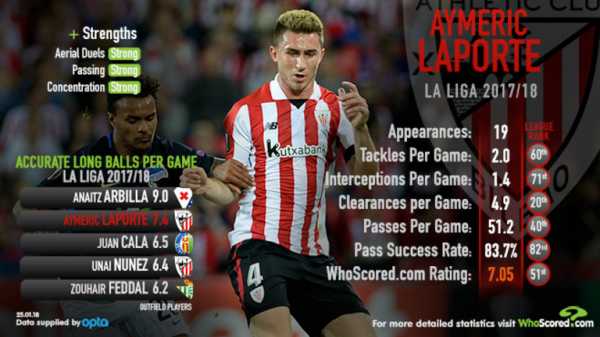 There are, however, some flaws to Laporte’s game. His modest recovery speed could be a weakness in City’s high defensive line. Laporte does have a sound positional sense, but there are likely to be times when a lack of pace across the ground could be an issue. Guardiola will need his sweeper-keeper Ederson to be alert.

By paying Laporte’s release clause, though, City are acquiring a defender who is capable of slotting seamlessly into Guardiola’s team. City should be able to maximize his talent, and at 23, his scope for improvement means the only way is up.

The stats suggest Laporte will make a solid partner for either Otamendi or Stones as and when required, and, crucially, he will also be available for Champions League selection this season. His arrival could help City avoid any slip-ups in their seemingly unstoppable quest for silverware.