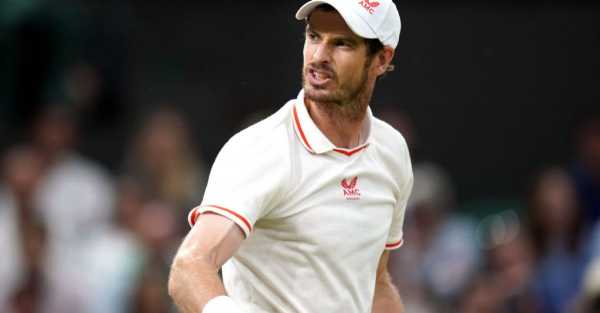 Andy Murray is ready to make life difficult for Roberto Bautista Agut once again when the pair meet in the Qatar Open second round on Wednesday.

It will be the first match between the duo since 2019 when three-time grand slam winner Murray lost to the Spaniard in five sets at the Australian Open, a result which he feared may be his last and saw tournament organisers put together a highlights package that was deemed a retirement video.

Hip resurfacing surgery weeks later helped the double Wimbledon champion come back from the brink and the Scot competed at Melbourne Park again in January but saw his journey Down Under end in the second round with defeat to Taro Daniel.

Murray delivered revenge in Doha on Tuesday with a 6-2 6-2 win over the Japanese player and now takes on second seed Bautista Agut for a place in the quarter-finals of a tournament he last won in 2009.

“Obviously the results from 12 (sic) years ago aren’t going to affect the results this week,” the 34-year-old said on atptour.com.

“But what it tells me is that the conditions here are good for my game, so if I can play to a good level, the courts are going to suit me here and I’ll make it difficult for everyone I play against.”

After breaking into the top 100 this month, Murray was able to get one over Australian Open conqueror Daniel in the Middle East.

In the third meeting between the pair, a cagey start occurred but it was the two-time Qatar Open winner who secured the first break in the sixth game of the opening set.

Murray did not look back and clinched the opener with another break after trademark defence at the back of the court before he beat his opponent who had come into the net.

Daniel was able to break the Scot in the first game of the second set but after the world number 87 immediately hit back, another 6-2 game was secured with a sumptuous backhand winner to wrap up the first-round clash in one hour and 20 minutes.

“He played very well in Australia. He had a very good run there and was too good for me there,” Murray said of an opponent who beat him in straight sets last month.

“I tried to be the one dictating from the first point and I thought I did that well. It was one of the better matches I’ve played in recent months.”

Wildcard Murray sent down four aces and hit 20 winners to book a first reunion in three years with Bautista Agut, who finished runner-up in Qatar last year but has lost three out of four matches against his last-16 opponent.