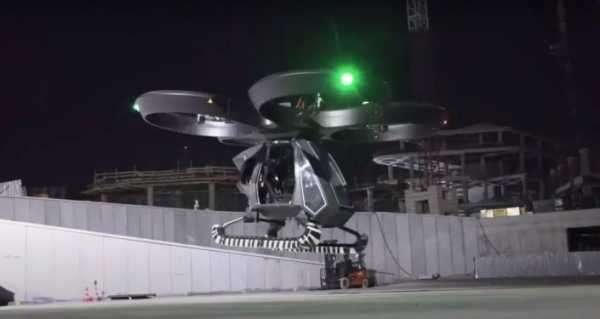 Currently, the car can carry only one passenger but there will be space for more people in the next version of the vehicle.

According to the aerial platform developer Baykar, the 230-kilogram prototype vehicle successfully completed its maiden flight by covering some 10 metres during the test.

​The car was named after a prominent Muslim inventor and engineer, Ismail al-Jazari, who lived in eastern Anatolia during the 12th century.

Now it can carry only one passenger but the next version of the flying vehicle will have room for more, the manufacturer said.