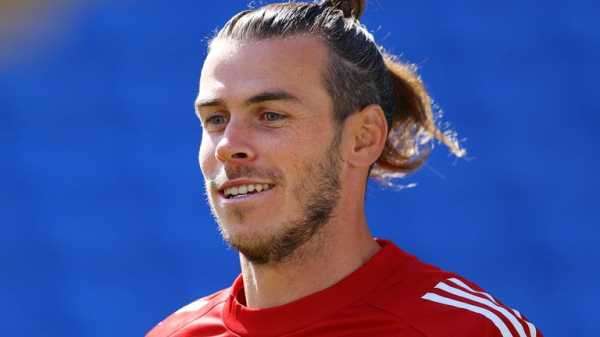 Where would Bale fit in at Spurs…or Man Utd?

Bale has enjoyed much of his success on the right wing and – despite those infamous White Hart Lane chants reminding Harry Redknapp that he ‘plays on the left’ – it is there that the 31-year-old forward would expect to be deployed on his return to the Premier League. 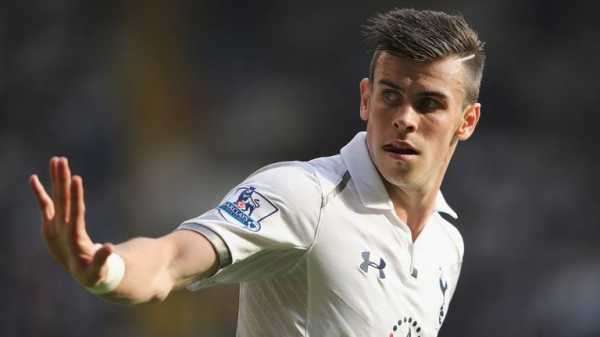 In the autumn of his career, those bursts of pace down the outside are likely to become more infrequent but Bale will surely retain the ability to cut inside and find enough space to fire off shots from distance with his favoured left foot – something that he does better than almost anyone.

In the final season of his first spell with Spurs, Bale scored no fewer than nine Premier League goals from outside the box – which was as many as the two next best players that season combined. Indeed, nobody has come close to matching that tally since.

Even after a season of relative inactivity, clubs are interested in that kind of firepower. Manchester United’s pursuit of Jadon Sancho indicates that Ole Gunnar Solskjaer is not yet ready to entrust the role on the right to Mason Greenwood alone and wants more than a mere deputy. 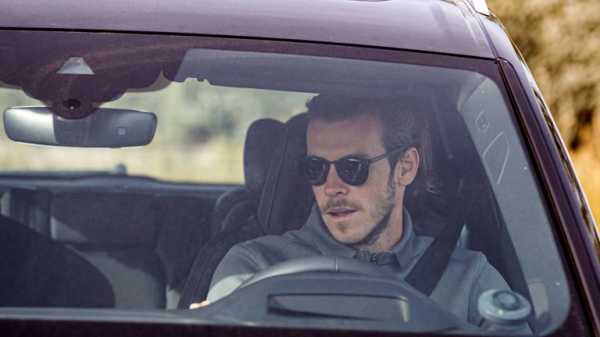 4:21 If Manchester United are unsuccessful in their pursuit of Jadon Sancho, they may move for Gareth Bale on loan according to the Good Morning Transfers team.

For Jose Mourinho at Tottenham, the sense of urgency is more acute. Lucas Moura remains a popular figure given his Champions League semi-final heroics in Amsterdam but there are now question marks over his output on the right flank and the acquisition of Bale would represent a significant upgrade.

The suggestions are that Spurs would still be interested in signing a striker as well as Bale but there is also the intriguing possibility of the Welshman being able to fill in for Kane should the England captain face the kind of lay-off that hindered his activity last season.

Bale would be a more robust presence than the alternatives and if his mobility does deteriorate in the coming years it is tempting to think that he could make the sort of transition to that centre-forward role made seamlessly by former team-mate Cristiano Ronaldo.

The stats: Does Bale still have it?

Dwindling game time begs the question whether Bale still possesses the power and prowess that earned him Galactico status back in 2013.

The interactive graphic below shows a range of per 90 stats, revealing how his numbers have indeed dipped in recent seasons after hitting peak form for Madrid in 2015/16.

Since 2018/19, Bale has averaged far fewer goals and created far fewer chances, while his frequency of attempted dribbles has been in decline for five of the previous six campaigns.

Interestingly, his number of ball recoveries dipped significantly shortly after his move to Madrid, which could have resulted from adapting to the league style – but Jose Mourinho would expect more and is keen to improve Spurs’ pressing higher up the pitch.

Bale has been primarily deployed as a right winger with 174 starts in this position since 2013/14, but has also reaped considerable success down the left with 20 goals in just 36 appearances, while he could also provide much-needed cover for Harry Kane up top.

How does he compare among the best in Europe’s top five leagues now?

Last season, his per-90 returns still ranked among the elite for touches in the opposition box and aerials won. But, as the radar graphic below reveals, he produced mediocre numbers for the majority of attacking stats.

When factoring he was playing for the La Liga champions elect and his advancing years, question marks remain over whether the Welsh wizard has lost his hunger at Real, or lost his edge. 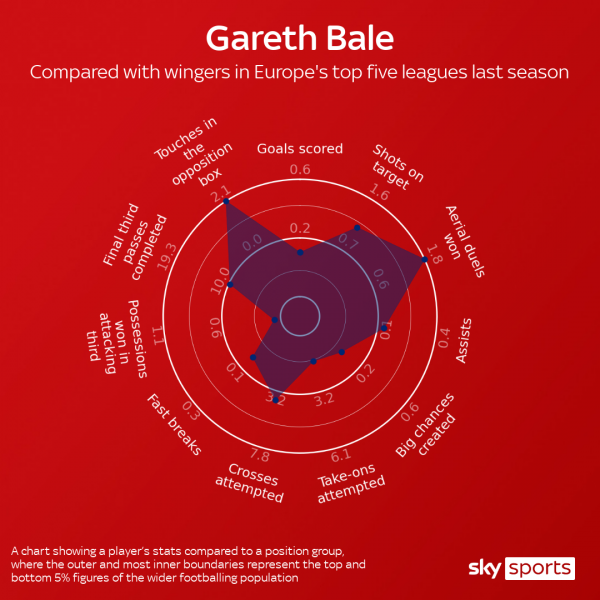 What is Real Madrid’s view on Bale right now?

It is a situation which often leaves spectators from afar puzzled. In six seasons with Real Madrid, Bale has scored 105 goals in 251 games across all competitions. He’s won 13 trophies, including four Champions League titles. And he has a long list of stunning goals in finals of those competitions. Yet, there is no place for him in Zinedine Zidane’s team. 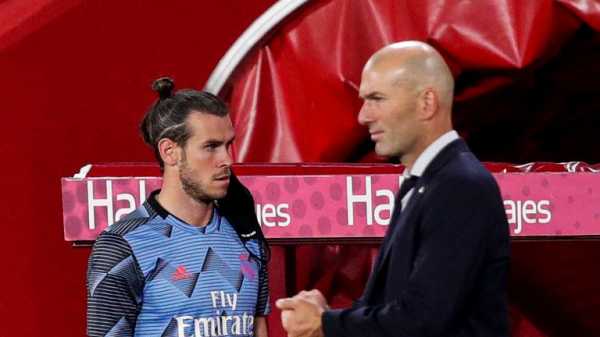 The relationship between player and coach has reached such a point that there appears to be no realistic future for Bale at Real Madrid. He has two years left on his contract but Real Madrid want to severe ties. Doing that, with the huge transfer fee and wages Bale would still command, makes it extremely difficult. There are not many clubs who could afford the deal.

But such is Real’s desire to get Bale out of the club this summer, according to reports, they are willing to subsidise his salary in a loan deal. That opens the door for the likes of Tottenham or Manchester United to consider a move. 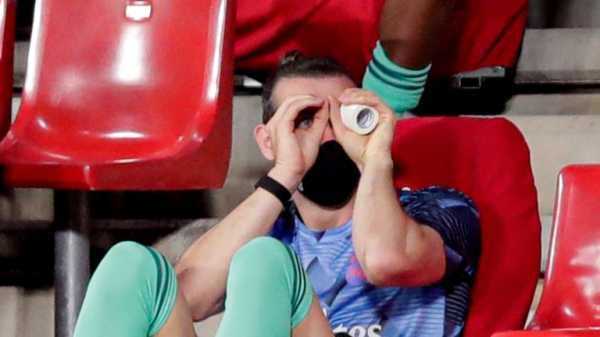 The finances: Have Real finally surrendered?

A then world-record fee of £86m took him from Tottenham to Real Madrid in 2013, and seven years on, Bale still warrants huge figures.

His renewed six-year contract, signed in October 2016, has him reportedly earning £500,000-a-week. Clearly, Spurs could not afford that outright, but if Real Madrid are willing to pay half, a loan deal becomes more likely. The wages have always been a sticking point, but that looks to be resolved. 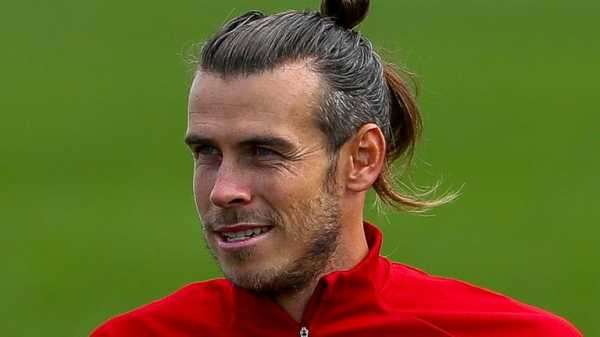 1:17 Gareth Bale joining Tottenham from Real Madrid would suit all parties, according to the Spanish club’s former president Ramon Calderon.

Real would rather sell the Welshman outright, reportedly for around £20m, though with a lack of suitors willing to stump up the full fee and wages, it seems the Madrid club are looking to meet in the middle.

Even if Tottenham pay half of Bale’s wages for a year, the 31-year-old would overtake Harry Kane and Tanguy Ndombele as Spurs’ top earners, both reportedly earning £200,000-a-week.

With two years left on Bale’s contract, don’t rule out a two-year loan, but a year seems more likely. It remains to be seen whether a loan fee or option to buy would be included, or indeed an obligation to buy Bale at the end of a one-year loan.

But it seems the thought of Bale watching Real from the stands, or the golf course, for another year is enough to make the La Liga side surrender their previous demands.

Would Dele Alli go to Real Madrid as part of the deal?

It was reported on Tuesday by The Telegraph that Dele Alli could form part of the deal to bring Bale to Tottenham, with the English attacker heading to Real Madrid. It’s a move which would have seemed more likely a few years ago, when Alli was one of the leading young players in world football. He can no longer claim that title.

Alli’s substitution at half-time against Everton on Sunday was a reminder he has struggled to fulfil the potential he looked to have when he burst onto the scene in the Premier League in 2015/16, scoring 10 goals as a 19-year-old. His 18 goals and 7 assists the following season seemed only to underline the feeling this was a player heading to the very top.

But fast forward to the present day and Alli, who hasn’t replicated those goal hauls since, is out of the England squad and not always a first-choice starter at Spurs. At 24, there is still time to revive that talent and perhaps a change would spark that. However, there is also a feeling Mourinho wants to work with Alli at Spurs.

“Think back to what Mourinho told Daniel Levy about Alli: one piece of advice from Sir Alex Ferguson was that he should go out and buy Dele Alli for Manchester United,” said Sky Sports News reporter Paul Gilmour.

“Mourinho mentioned he felt he was lazy in training, something Mourinho does when he really rates a player, wants to get the maximum from these players, somebody like Dele Alli with so much potential and the possibility to become one of the best players in the Premier League if he wants to. And that’s something Jose Mourinho wants to get out of him.”

The end of Spurs’ lop-sided defence? 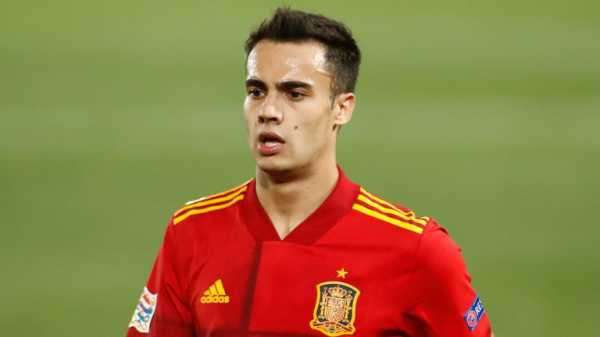 Another man linked with a move from the Bernabeu to Spurs is left-back Sergio Reguilon, voted La Liga’s best in his position last season while on loan at Sevilla.

The arrival of the 23-year-old – whose strength lies in attack before defence – may spell an end to Mourinho’s lop-sided defence, which had up to now focused on loading the wide right area.

Matt Doherty’s debut on the right of Spurs’ four-man defence on Super Sunday showed promise in an attacking sense, but the former Wolves man left gaps behind him for Toby Alderweireld to cover.

If Reguilon joins, Spurs could attack with symmetry in the full-backs, or could move to a five-man defence to cover the attacking full-backs.

A five-man defence is something Mourinho has employed on just seven occasions for Spurs, winning once, drawing three times and losing three times. Those defeats came against RB Leipzig away, Chelsea away and Wolves at home last season.