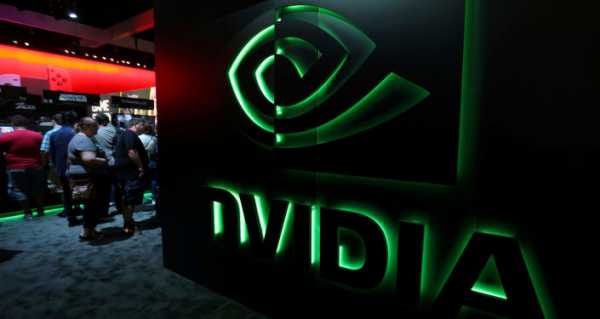 News of the deal sent shares of the US technology company 7.6 percent higher on Monday after the acquisition was announced. But despite the major deal, how will this affect Chinese tech companies relying on the British chipmaker’s technologies?

Chinese tech firms could see fresh problems amid the ongoing trade war with the United States after Nvidia Corp acquired British tech giant Arm due to a selloff from Japan’s Softbank Group on Monday.

The $40bn acquisition could see the British chipmaker become subject to US demands to block access to Chinese tech firms such Huawei, ZTE and others on the US Department of Commerce Entity List, according to media reports.

The British firm’s chip architecture is used in numerous semiconductors and is vital to many Chinese tech companies, and the acquisition could push mainland firms to expedite their drive for tech self-sufficiency amid the ongoing trade war.

Chinese firms such as Huawei’s HiSilicon and Unisoc, use Arm’s blueprints to manufacture chips, while smartphone makers such as Oppo and Xiaomi indirectly source the Cambridge-based tech firm’s architecture via Qualcomm and MediaTek.

Despite having open-source alternatives such as MIPS and RISC-V, Arm’s ecosystem has established a major presence in the chipmaking industry, according to tech experts quoted by Reuters. Numerous Chinese tech giants, including Huawei and Alibaba Group Holding, are members of the RISC-V foundation based at the University of California, Berkeley.

But the deal could sour profits for Arm as roughly one-fifth of its revenues were earned in China due to a spike in demand, public filings prior to the firm’s acquisition in 2016 by SoftBank revealed as quoted by Reuters.

Chief executives for Arm and Nvidia said in an interview with Reuters that the latter would keep Arm’s UK headquarters in a bid to exempt the company from US export laws, among others.

The UK government is set to scrutinise the deal in upcoming sessions in Parliament, it announced on Monday.

Internal divisions in the British chipmaker included chief executive of Arm China, Allen Wu, after Arm announced he would be stepping down from his position despite the Chinese wing of the company denying the claims, Reuters reported.

Speaking on the split, Stewart Randall of Intralink, a consultancy firm in Shanghai monitoring the chipmaking industry, said that the deal would include a massive stake in the Chinese wing of the company.

US Trade War Turns Tech War Amid US 2020 Elections

The news comes as US president Donald Trump’s contentious trade war on Beijing intensifies amid the ongoing US election’s race, where he ordered TikTok owner ByteDance to sell its US operations by 15 September or face a ban in the US. The Chinese social media giant rejected Microsoft Corp’s offer on Monday, leaving Oracle Corp with the winning bid.

Further problems for Chinese mainland chipmaker Semiconductor Manufacturing International Corp (SMIC) arose after the US Department of Defense threatened to add it to the Entity List with Huawei, ZTE and over 70 Chinese tech companies, potentially barring the firm from transactions and business with US companies without first seeking a licence.

Beijing and several tech giants have launched plans to boost the mainland’s chipmaking industry to reduce dependence on US tech companies, which will be outlined in a draft of the Chinese Communist Party’s 14th Five-Year Plan next month.